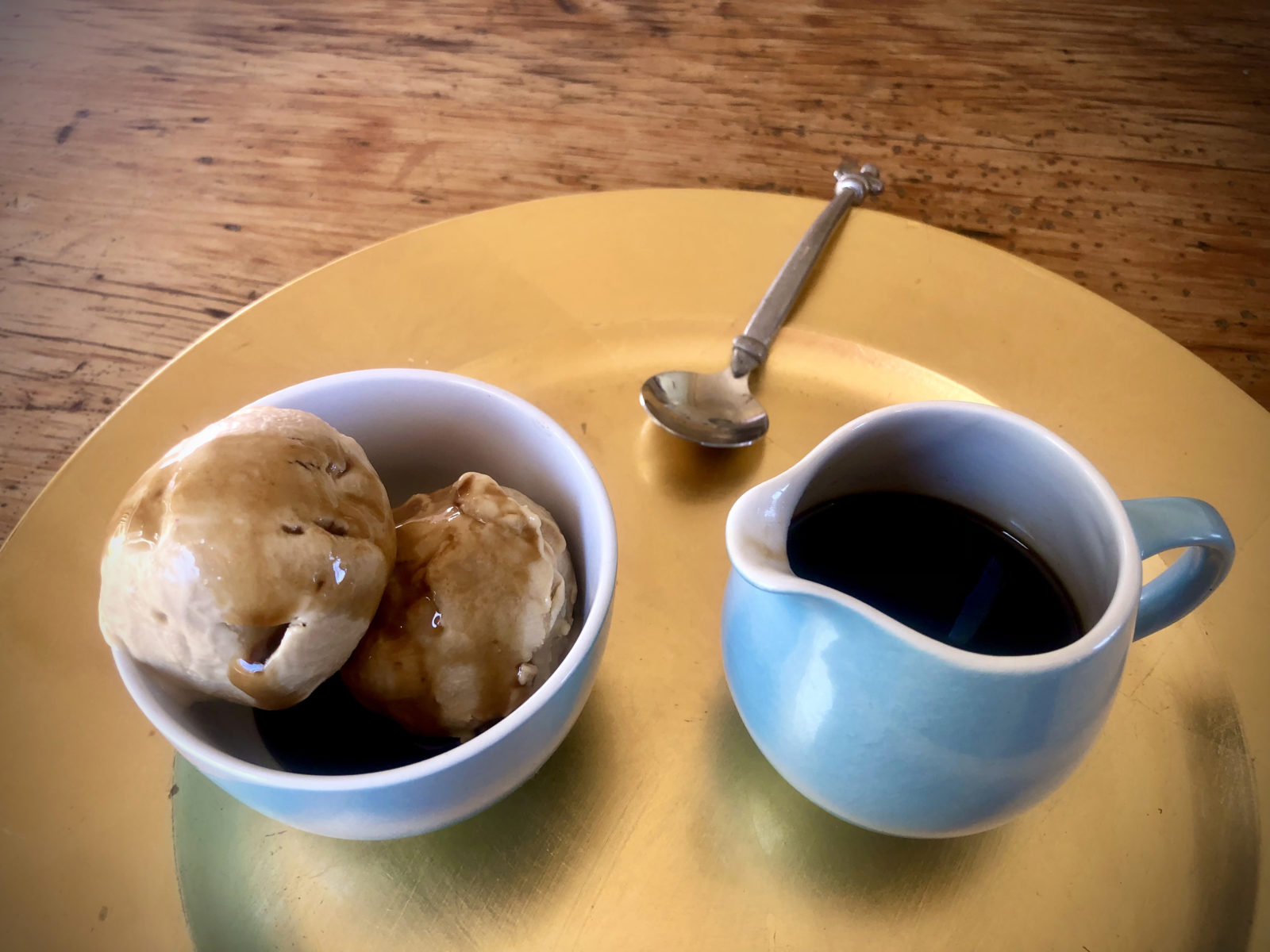 There are Coke cakes, cupcakes, burgers, pork sliders, barbeque chicken. And now, thanks to … well, me .. there is even Coca-Cola ice cream. Which is what I have been up to this week.

This recipe accompanies this column.

½ cup Coca-Cola syrup made with 700 ml Coke and 7 Tbsp (about 105 ml) cola tonic, undiluted (plus a second quantity for the syrup)

Boil the Coca-Cola and undiluted cola tonic together in a pot on a high heat until it becomes a thick but still runny syrup, roughly the consistency of honey. You need ½ cup of it for the ice cream and more to drizzle over the ice cream when serving; so either double the batch or make a second syrup later to use to pour over the ice cream. Keep it to one side.

I had thought that the Coke when boiling might boil over like milk does, but it did not. The gas in it just escapes as it boils.

Whisk the egg yolks in a metal bowl with ½ cup of castor sugar until creamy and pale yellow. Set aside.

In a saucepan, heat the cream and milk with a hint of salt, on a very low heat. Whisk in ½ cup of the warm Coke syrup until thoroughly incorporated.

In a fine stream, pour the milk mixture into the bowl with the creamed egg and sugar mixture, stirring constantly, until all combined. Pour this back into the saucepan and put it on a low heat again, stirring or whisking all the while, until it thickens into a custard resembling a crème Anglaise and coats the back of a dessert spoon. This took about 10 minutes but persevere and it will thicken.

Pour it into a metal bowl (I use the same stainless steel one I used to mix the egg yolks and sugar) and put it in the freezer. I find that this recipe freezes perfectly, with no need for stirring after every couple of hours.

Remove it from the freezer about 10 minutes before serving, so that it softens slightly. Serve with Coke syrup drizzled over it and to form a little pool below it. DM/TGIFood