The Coke side of cooking 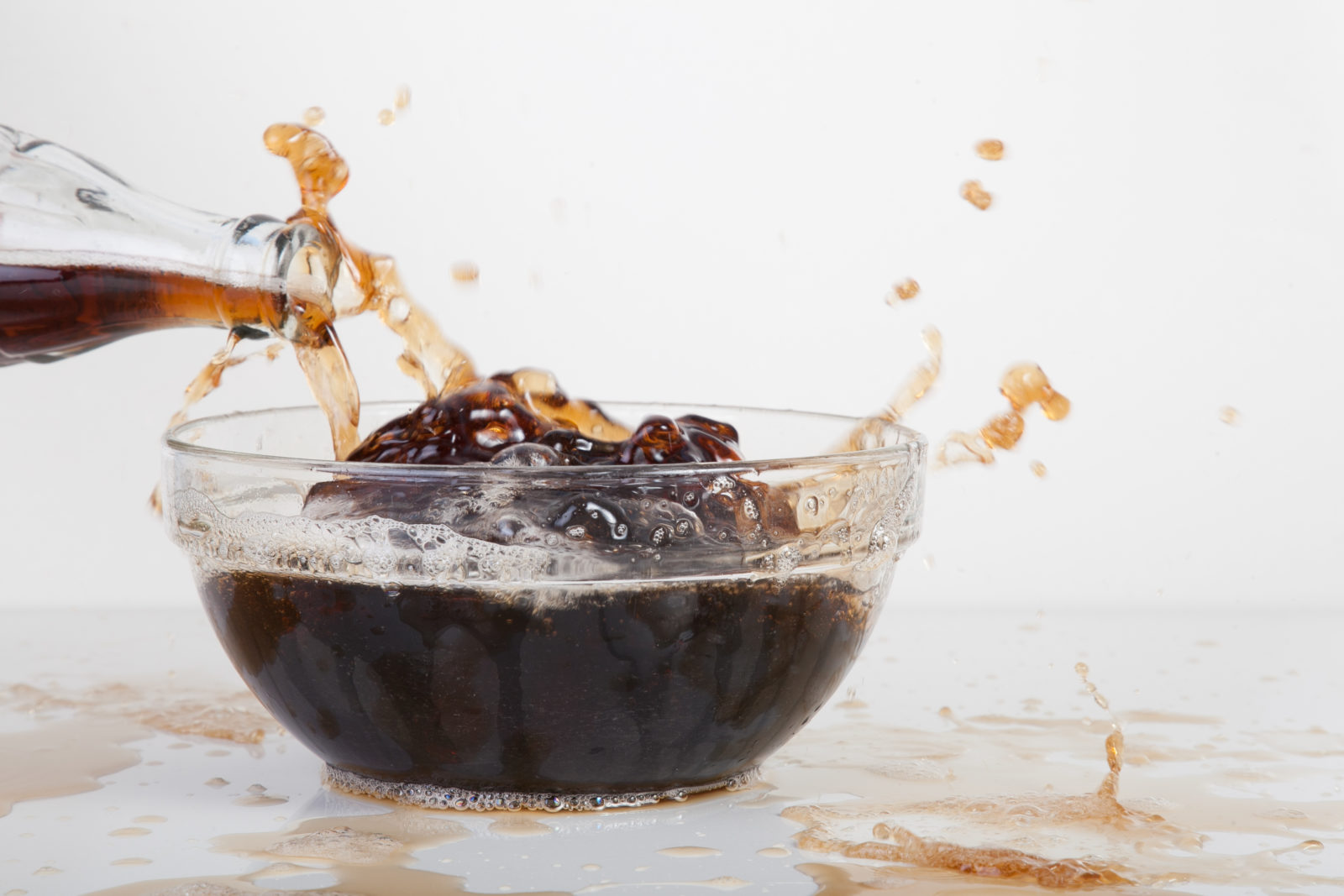 Ice cold sunshine. Pure as sunlight. The best friend thirst ever had. You can’t beat the real thing. We’re talking about Coca-Cola – and cooking with it.

There are many more slogans for Coca-Cola than those few above. They go all the way back to “Drink Coca-Cola” in 1886. Along the way, some have been cheesy, others have captured the zeitgeist of the time. Did you know that arguably the best known slogan for the brand, “Coke adds life”, dates as far back as 1976?

As for the widespread belief that Coke not only adds life but gives you a kick from actual cocaine, more about that later. Yet, ironically, the beverage had its origins in America’s temperance movement. Skipping quickly past “The Great National Temperance Beverage” slogan of 1906, these being American slogans of course, we alight on others that were less judgmental.

It had begun in 1886 and soon the brand took off. In 1917 the slogan was “Three million a day”. Today, 1.9 billion servings of the sweet black stuff are sold every day in more than 200 countries. The boastful record of 1917, when the world was immersed in war and about to enter a pandemic, would be a very bad Coke day indeed in our time. Only eight years later, in 1925, the slogan was “Six million a day”. The brand was truly snowballing.

Some of the older slogans are surprisingly canny for their time, such as 1922’s “Thirst knows no season”, “The pause that refreshes” (1926 and the longest-running one, continuing in one form or another for three decades), and my favourite, “Ice Cold Sunshine”, from 1932, the year Franklin Delano Roosevelt was elected into office and was to begin the long slog to save America from the ravages of the Great Depression. Coca-Cola, in the meantime, was still “The best friend thirst ever had” (1938). In the 1930s the company ran a series of Coke ads aligning the beverage with the notion of all-Americanism, suggesting the brand epitomised the American ideal.

Once another world war had come and gone their slogans took on a tone more familiar with relatively more recent ones that position the beverage as a friend, a convivial thing, something that makes life better. “Where there’s Coke there’s hospitality” from 1948 epitomises this, while 1949’s “Along the highway to anywhere” seems more redolent of the Jack Kerouac and Hunter S Thompson take on life from a generation yet to come. In 1952 the message was more brash, more demanding of the consumer: “What you want is a Coke”. “Things go better with Coke” from 1963 remains one of the best known lines even today, and “It’s the real thing” from 1969 has you picturing long hair, beads, pop festivals and joints being passed around.

Nobody of a certain generation can ever forget “I’d like to buy the world a Coke”, from 1971, which even became a worldwide hit pop song by the New Seekers, a British band that was assembled in the wake of the breaking up of the original Australian band The Seekers. The New Seekers, I find to my astonishment on googling, are still together. Coke does indeed add life. “I’d like to buy the world a Coke” was not itself a brand slogan, but part of the “It’s the real thing” campaign.

Arguably the most pertinent line in more recent years is “Life tastes good”, which dates as far back as 2003 even though it somehow feels newer, while “The Coke side of life” from 2006 remains one of the best ever. And on they go, all the way to this year’s Open to Better.

Coca-Cola was even the subject of a war of sorts when, during the long-running feud between Hollywood stars Joan Crawford and Bette Davis, the former was married to the head honcho of Pepsi, Alfred Steele. During production of What Ever Happened to Baby Jane?, Crawford had a Pepsi vending machine installed outside Davis’s dressing room so everyone could help themselves to a free Pepsi. Davis retaliated by arranging for a Coca-Cola machine to be installed outside the dressing room of her nemesis.

Did Coke ever really have cocaine in it? Most certainly. The very name comes in part from it. “Coca” refers to the coca leaf that provides the cocaine, while “cola” is bastardised from the kola nut which gives it its caffeine. So Coca-Cola quite literally means Cocaine-Caffeine. While the exact formula remains a trade secret even today, Wikipedia tells us that from 1904 it was changed to use “spent” coca leaves which provided only traces of cocaine. Subsequently, the company switched to a cocaine-free extract of the leaf. Nevertheless, in the US the drink is often referred to colloquially as “dope”, and those trucks we see on our highways are often dubbed “dope wagons” in the US.

But Coke adds life to food too, not only to the drinker. Coke is a superb ingredient in a marinade for meat, especially if mixed with the bitter edge of soy sauce, and once you’ve added spices you are entering the realm of deep umami. Use it in a marinade for chicken wings and everyone is going to have seconds and thirds when they come off the braai.

Beef brisket needs masses of time to cook, and braising it in a broth of Coke with garlic, ginger, soy sauce, baby onions and chilli will give you a fabulously moreish meal. The same formula would work just as well with pork ribs, first slow-cooked in such a stock for hours and then finished under the grill or over hot coals to crisp them up. Nigella Lawson has a recipe for ham brined in cola, although personally I would steer clear of pasta with a Coke sauce. Even Gord0n Ramsay has a recipe for Coca-Cola Chicken, FFS.

There are Coke cakes, cupcakes, burgers, pork sliders, barbeque chicken. And now, thanks to … well, me .. there is even Coca-Cola ice cream. Which is what I have been up to this week. It’s an original recipe developed from scratch, using a traditional French custard ice cream base. I made it with Coca-Cola and a good dollop of Cola Tonic, to give it extra cola voomah.

And here’s the bonus: While the custard was cooking very gently on a super-low heat on the hob, with me whisking it gently all the while, and while I was starting to wonder if it would ever thicken, suddenly the magic began to happen as it not only thickened, but attained a most delicious caramel edge. DM/TGIFood