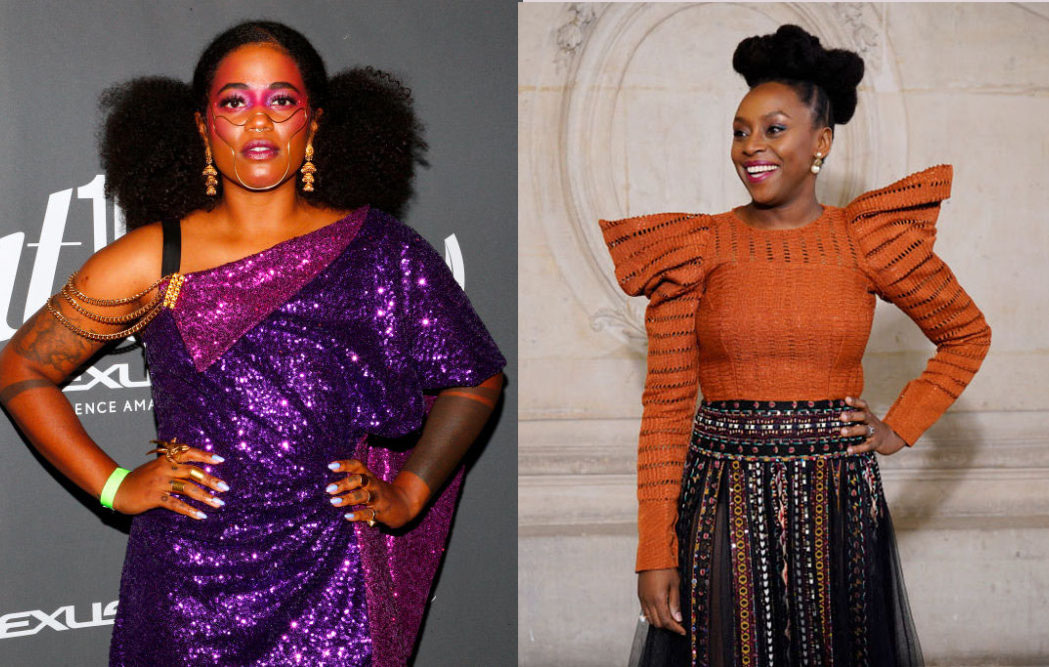 The very public disagreement began when Adichie presented her views on transgender women – or transwomen – in an interview in 2017. Rather than affirm their status as women, Adichie stated that “transwomen are transwomen”. Emezi, once mentored by Adichie, responded with hurt and anger amid accusations that Adichie is transphobic – prejudiced against transgender people.

The latest public disagreement between them on the issue was triggered by Adichie’s reflections on her website. The post was about what she viewed as the unethical behaviour of and crossing of personal and professional boundaries by former (unnamed) mentees. It appeared to be a deeply personal, indeed bitter, lament on strained and broken relations.

Emezi responded with biting social media comments, saying the essay was “designed to incite hordes of transphobic Nigerians to target me”. Emezi repeated that Adichie’s views inflict harm on the trans community.

Their disagreements became sensationalised in the media. But this only served to titillate and manipulate readers into taking hard and fast ideological positions without the necessary effort of paying careful attention to the actual conversation.

Aligned with the publishing industry’s own marketing logic, both authors are positioned as somewhat representative of supposedly disparate “African” concerns and ways of being. Because of this, their disagreement, and the way it’s been portrayed, raises age old questions. Who gets to represent Africa and what they are permitted to represent to the world?

This is a (post-)colonial legacy that is accentuated in the media’s foregrounding and pitting of Adichie and Emezi as disparate, representative personalities.

While the media hype helps to keep them globally relevant, it distracts attention from what is an important concern regarding the qualitative merits of the “conversation”.

Adichie is the critically acclaimed author of the novels Purple Hibiscus (2003), Half of a Yellow Sun (2006) and Americanah (2013). She is one of the world’s most visible writers, attracting the attention of academics and pop stars, and held aloft as a face of feminism.

In relation to feminism, she was asked in a TV interview in 2017 to comment on whether transwomen could or should be considered women. Adichie explained that she believed that: “Transwomen are transwomen. I think that if you’ve lived in the world as a man, with the privileges that the world accords to men and then, sort of change, switch gender … It’s difficult for me to accept that then we can equate to your experience with the experience of a woman who has lived from the beginning in the world as a woman. And who has not been accorded those privileges that men are.”

Emezi is the author of best-selling works that include the fictive memoir Freshwater (2018) and the novel The Death of Vivek Oji (2020).

A former participant and mentee of Adichie’s Farafina Creative Writing Workshop, Emezi is held up as a face and voice of transgender people and joined the chorus of those who viewed Adichie’s response as transphobic.

Emezi, who identifies as non-binary transgender, viewed Adichie’s comments as symptomatic of a broader, mainstream culture of discrimination. The harmful “dismissal” and “disregard” to which trans people are subjected.

Adichie in turn described her critics as participating in “trans noise”. It’s a reaction she links to “cancel culture”.

The exchanges between the two became increasingly acrimonious and personal.

The issue at hand

Critics continue to read her as transphobic. But I would argue that when Adichie expressed her opinion on transwomen, she was highlighting our gendered experiences of society and societal norms. Contrary to claims that this trivialises or harms trans subjectivities, it in fact affirms the feminist view that gender, as with race, is not biological.

Assigned a male identity at birth, some transwomen opt to transition via hormone therapy or surgical procedures to their preferred gender identity. This reveals how gender is not normative; it is something we learn. We are acculturated and disciplined into it and, in turn, “perform” it.

To not acknowledge this by claiming that transwomen are “categorically” women would, in fact, be to reduce them to a simple stereotype. And in so doing invalidate their differential, lived experiences of gender.

Emezi’s own candid account of their non-binary transition is a case in point. Describing their “choice” to undergo various (non-reproductive) procedures, they explain that “I wasn’t sure then what I was transitioning my body to, but I was clear that the gender I’d been raised as was inaccurate – I’d never been a woman … The surgeries were a bridge across realities.”

Reading beyond the media’s hyper-sensationalism of both authors’ opinions would help us move away from taking purely ideological positions. It would allow more stimulating, material discussions about the societal structures and strictures to which we are all subjected, albeit unequally.

Aligned to their civil-rights advocacy, Adichie and Emezi have spoken out against Nigeria’s draconian anti-queer legislation. Their literature provides further, more nuanced and sophisticated insight and guidance on these issues.

Take, for example, Adichie’s On Monday of Last Week, from her acclaimed short story collection, The Thing Around Your Neck. It’s a complex, probing account of a possible sexual relationship between two women. One is African American, the other Nigerian African. The story does not just explore the possibilities of non-normative, same-sex relations. It uses this intimate, “border-crossing” exchange as the platform to interrogate global North-South power imbalances.

The protagonist Ada’s gender-fluid, human/spiritual – ultimately “queer” – subjectivity enacts the potential for existential border-crossing liminality. Emezi’s novel is irreverently, eloquently “trans”. It does not just articulate the experiential fluidity of gender; it resists because it does not precisely “fit” our normative literary and ideological expectations.

Adichie and Emezi have demonstrated their proficiency in their craft. They are also both undeniably important contributors and necessary additions to the African diasporic and global literary landscape.

When mainstream and social media noise that beckons us to laud, dismiss or demonise them as representative personalities becomes deafening, we would do well to remember that their literature offers an alternative reality.

It asks us continuously to question our accepted “truths” and to imagine a world otherwise. DM/ML