This weekend we’re watching: a documentary about whales and the pursuit of scientific truth 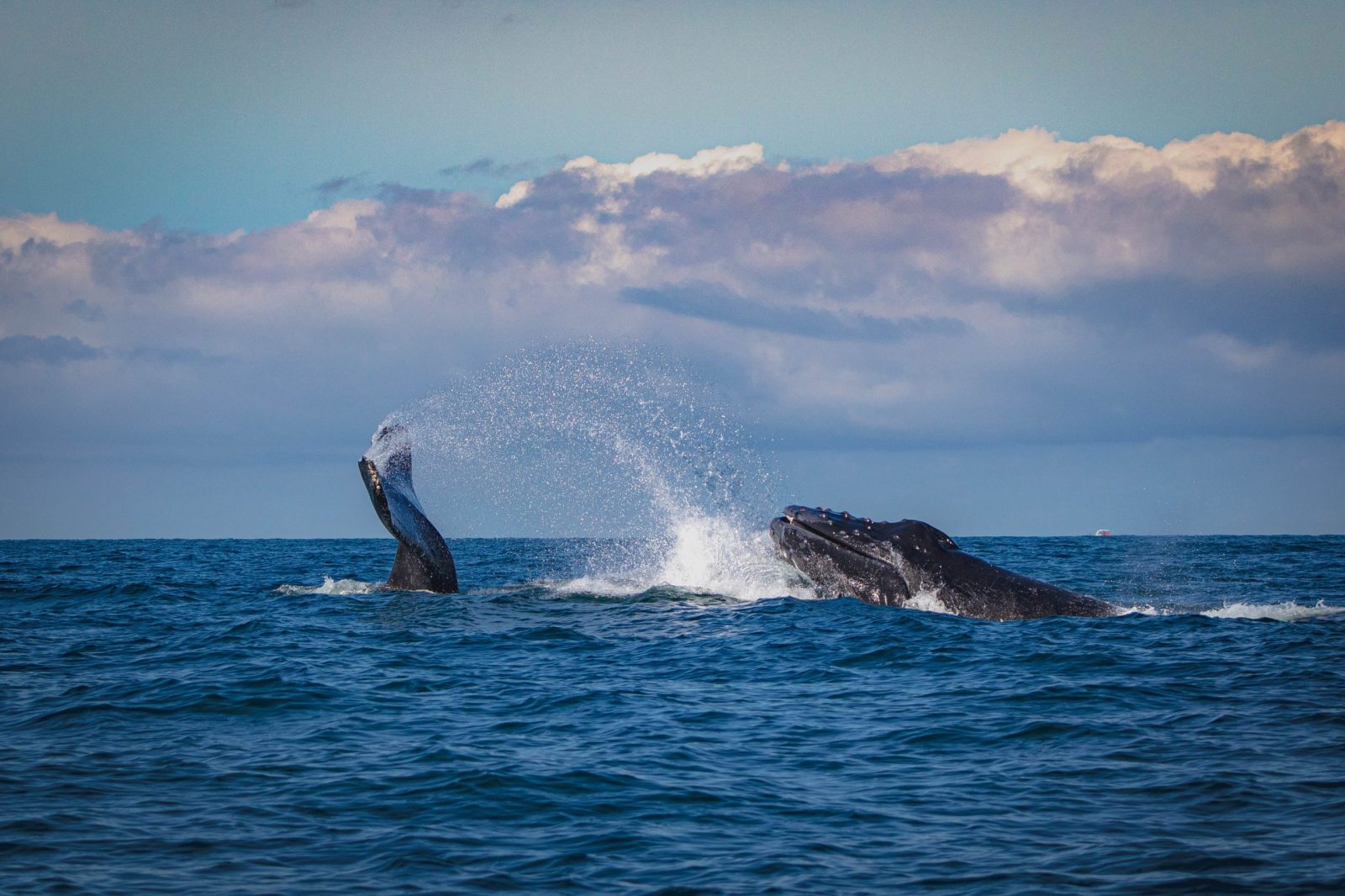 Fathom is a humbling and fascinating (albeit occasionally dry) documentary following the research of two scientists who study humpback whale culture and communication from opposite ends of the world.

What is this eerie spell that comes over us when we hear the words of whales? Their echoing otherworldly voices can be so calming, but that is not the quality that strikes one in the first moments of Fathom – it is their ancient, rumbling power and the impression of unfamiliar complexity.

The complexity of whale brains and their ability for social communication remained superior to our own for eons, but because they communicate so differently, we still have a remarkably murky understanding of how elaborately they are doing so.

Fathom, directed by Drew Xanthopoulos, follows two female scientists on opposite sides of the planet who believe that the sophistication of whale communication rivals that of our own.

Dr Michelle Fournet squints at a laptop, carefully listening to a recording of whale song. While she listens, she moves her fingers as if she were conducting a one-whale orchestra, delighting in the rhythm of her baritone’s solo.

Fournet gives us a fascinating audio-visual crash course in whale call identification. Each whale community and even each individual has a unique lexicon, but there is one call (which Fournet affectionately refers to as “the whup”), which forms a part of all humpback whale vocabularies.

Fournet believes that whales use whups to identify and make contact with one another. “I’m trying to start a conversation is the most basic way you can say it. I’m going to put a speaker in the ocean and talk to a whale and hope it talks back.”

Meanwhile, in French Polynesia, Dr Ellen Garland is studying how the generational transition of whale song across communities evolves. The patterns of whale song creation, local adoption and spread are shockingly consistent within regions, so Garland is trying to map the edges of whale cultures in the South Pacific by identifying similar song structures. “It’s a game of acoustic hide and seek.”

Fathom’s unhurried build-up lulls you into a state of engaged tranquillity. The language used to speak about whales (albeit a little grandiose) is tender and respectful, while a romantic flitting score establishes a light inquisitive tone early on to make sure reverence doesn’t come off as ostentatious.

Having been spoiled by extraordinary close-up footage in big-budget wildlife productions like Planet Earth, one keeps hoping for an inside perspective of the whales’ lives, but alas, the focus of the film is primarily on the research itself and the human side of fieldwork, which is pretty dry.

In the recent Oscar-winning South African documentary, My Octopus Teacher, science was largely overshadowed by emotional and cinematic exploits, so while the audience probably felt deeply, they likely learned little. Fathom is on the opposite side of that spectrum. Without charismatic protagonists or stunning underwater visuals, it lacks the dreamy intrigue of My Octopus Teacher, and that’s because it was made with more academic goals.

To contribute meaningfully to the jigsaw puzzle of scientific knowledge of the natural world requires enormous commitment. While it might be more fun to go diving every day and befriend a mollusc, the scientific method is typically far more tedious. Compared to the exciting and impressive impetus of the whales, the personal stories of the researchers and the logistics of their fieldwork seem as insignificant as one might have expected.

The tension of the fieldwork is palpable but it’s cryptic and repetitive, and largely inaccessible to the average viewer. This does afford an appreciation of the commitment required to unearth scientific truths, but only a fraction of the screen time spent in the field would have been necessary to make that point. The highly produced graphic sequences splashed across the film, coupled with theoretical narrative, are far enjoyable and accessible.

The name “Fathom” is a play on words, referring to both a unit of length used to measure the depth of water (1.8 metres), and to understand something complex after deep thought. This alludes to the scientists’ quest to understand whale culture, but what the audience is invited to fathom is the essence of the scientific method itself and the sacrifices scientists make for it. “What is the most elegant way to be certain of something we see in nature without exaggerating it, without hoping for it?”

Although it is only briefly spoken about, there is a subtext of gender disparity throughout the film. “To talk about [research] being hard can sometimes be a sign of weakness. Particularly being female in this field, you don’t want to show any weakness.”

For some reason, neither the scientists nor their research interact at any point in the film. It’s almost as if two short films were meshed together, and indeed, Fathom might have been stronger were it split into two parts.

A challenge for any scientific expedition film is that the knowledge gained from genuine scientific research is often only discovered long after the film comes out, making it difficult to tie everything up in a satisfying way. While this too makes a point about the challenges of the pursuit of scientific truth, it is still anticlimactic, with Fathom merely corroborating what was already assumed from its onset.

Fathom would have benefitted hugely from a bigger budget and stricter editing, but for those patient enough to bear the fieldwork (or willing to skip through it) there are moments of humility and wonder worth watching. DM/ ML

Fathom is available in South Africa on Apple Tv+. English audio descriptions are available for this title.
You can contact This Weekend We’re Watching via [email protected]