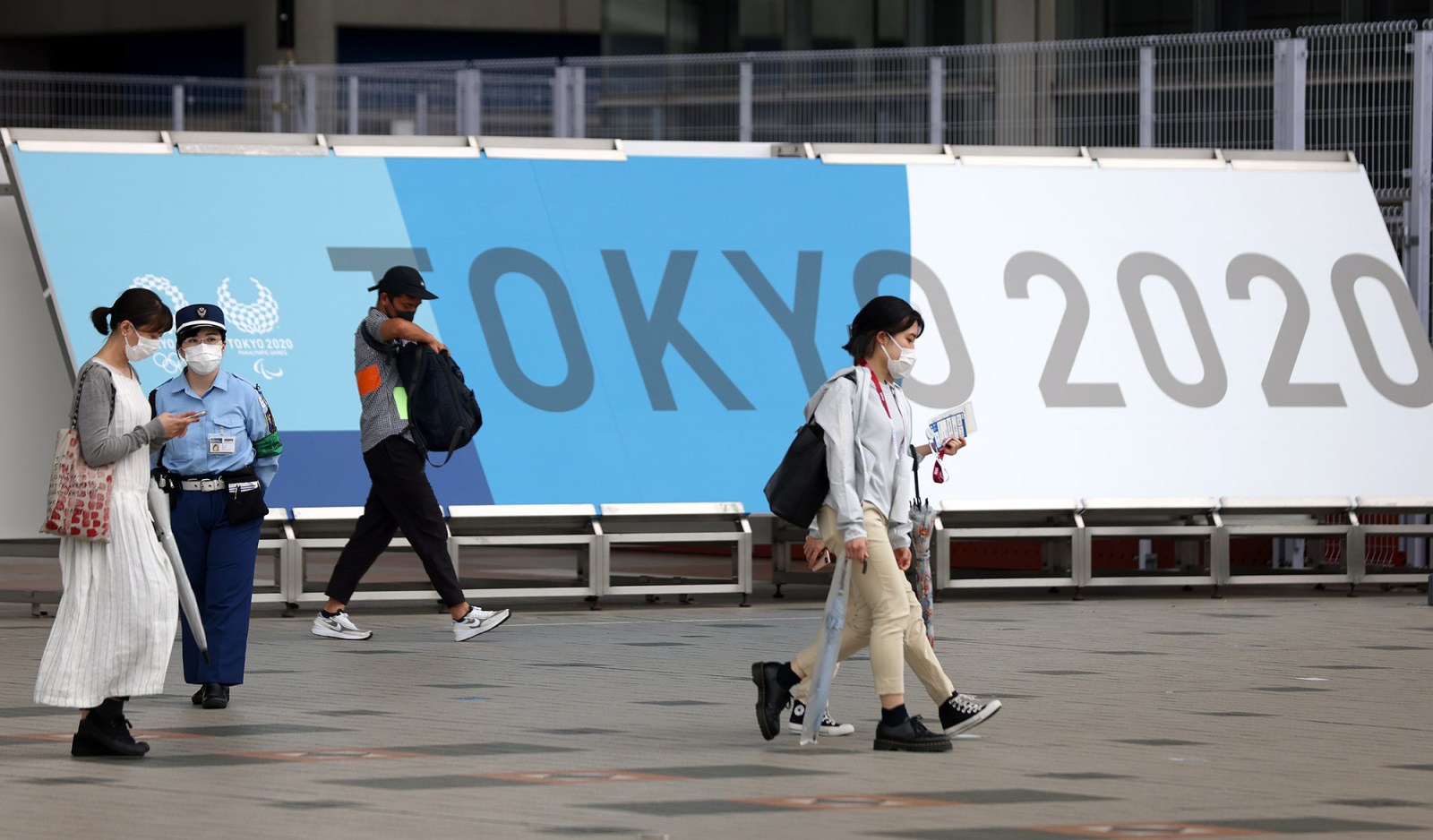 A security guard stands outside the main entrance during the official opening of the Tokyo 2020 Main Press Centre on 1 July 2021, ahead of the Olympic Games which begin on 23 July. (Photo by Rob Carr/Getty Images)

A Covid-19 cluster at a Japanese hotel where dozens of Brazilian Olympic team members are staying has raised new concerns about infections at the Tokyo Games, as the host city recorded its highest number of new cases for six months.

Just more than a week before the opening ceremony, the spreading infections highlight the risks of staging the world’s biggest sports event during a pandemic even without spectators in sports venues.

Seven staff members at the hotel in Hamamatsu city, southwest of Tokyo, have tested positive for the coronavirus, a city official said.

But a 31-strong Brazilian Olympic delegation, which includes judo athletes, is in a “bubble” in the hotel and separated from other guests. They had not been infected.

The Russian women’s rugby sevens team were also in isolation after their masseur tested positive for Covid-19, the RIA news agency reported from Moscow – as was part of the South African men’s rugby team after a case on their inbound flight.

Tokyo, where a state of emergency has been imposed until after the Games end on 8 August, recorded 1,149 new Covid-19 cases on Wednesday, the most since 22 January.

Officials have imposed Olympic “bubbles” in an effort to keep out Covid-19, but medical experts are worried that they might not be completely tight as the movement of staff servicing the Games can create opportunities for infection.

The Olympics, postponed in 2020 as the virus spread around the world, have lost much public support in Japan because of fears they will trigger a surge of infections.

International Olympic Committee president Thomas Bach praised the organisers and the Japanese people for staging the event during a pandemic.

“These will be historic Olympic Games… for the way the Japanese people overcame so many challenges in the last couple of years,” Bach said after meeting Prime Minister Yoshihide Suga.

When Japan was awarded the Games in 2013, they were expected to be a celebration of recovery from a deadly earthquake, tsunami and nuclear accident in 2011.

Japanese leaders had also hoped the rescheduled Games in 2021 would help mark a global victory over the coronavirus, but many countries are now struggling with new surges in infections.

Many Olympic delegations are already in Japan and several athletes have tested positive upon arrival.

The refugee Olympic team has delayed its travel to Japan after a team official tested positive in Qatar, the International Olympic Committee said.

Twenty-one members of the South African rugby team were in isolation as they are believed to have been in close contact with the case on their flight, said Kagoshima city, which is hosting the team.

They were due to stay in the city from Wednesday, but that plan has been halted until further advice from health authorities, said city official Tsuyoshi Kajihara.

Global interest in the Tokyo Olympics is muted, an Ipsos poll of 28 countries shows, amid concerns over Covid-19 in Japan and withdrawals of high-profile athletes.

The poll, released on Tuesday, found a global average of 46% interest in the Games, while in Japan 78% of people were against the Games going ahead.

With spectators barred from all Olympic events in Tokyo and surrounding regions, officials are asking people to watch on television and keep their movements to a minimum.

Among those who will not be competing in Japan is former world No 1 golfer Adam Scott, who questioned whether holding the Tokyo Olympics was a responsible decision.

Switzerland’s Roger Federer is the latest big name in tennis to withdraw. The 20-times Grand Slam champion said on Tuesday he had picked up a knee injury during the grass-court season. Reuters/DM