Second Test between Springboks and Georgia cancelled am...

Second Test between Springboks and Georgia cancelled amid Covid outbreak 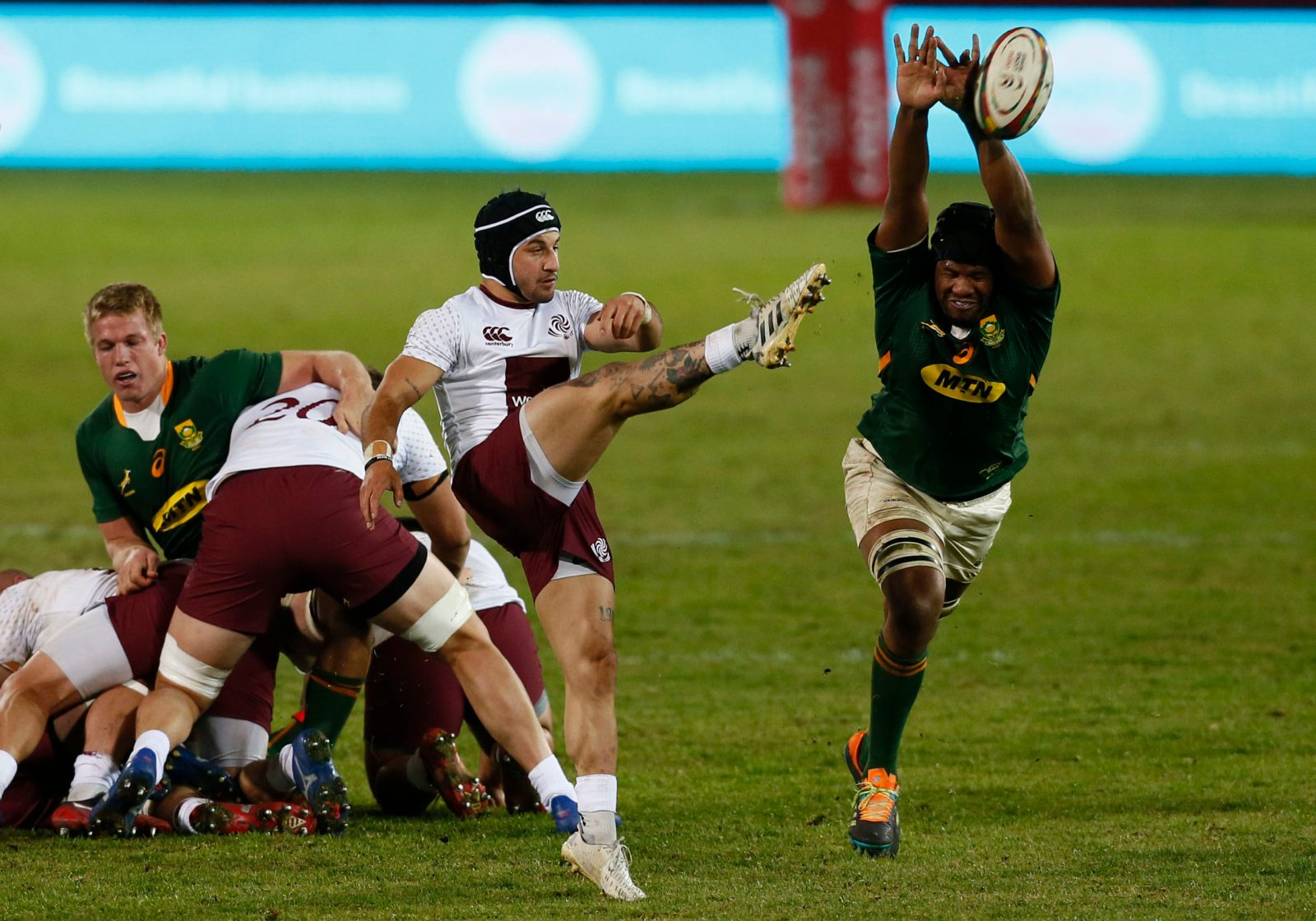 A string of positive test results among the squads has forced the cancellation of the match scheduled for Ellis Park on Friday.

The Springboks’ preparations for the highly anticipated series against the British & Irish Lions suffered a massive setback when SA Rugby announced that the second Test against Georgia had been cancelled.

Between the Boks and Georgia, 16 players and staff tested positive for Covid-19 in the past three days, forcing both teams to suspend training and retreat into isolation. There was no way the Test could take place under the circumstances.

The tour Medical Advisory Group (MAG) evaluated the risks and came to the only conclusion it could – the match could not take place.

“In the context of the loss of life and economic damage that Covid and this third wave are wreaking, the cancellation of a rugby match is pretty trivial,” said Jurie Roux, CEO of SA Rugby.

“But it is still a major disappointment for the many stakeholders who have invested so much time, energy and resources into making these matches happen.

“I especially feel for the fans and players, and for our visitors from Georgia who travelled here at relatively short notice to take on the series, which has now been cut short. We’ve not been able to interact with them because of the bio-secure environments, but I’d like to thank them publicly for their support.

“We continue to plan for the Springboks’ re-emergence from isolation and the completion of the Test series, but in the short term we wish a speedy recovery for those who have been infected.”

To add to the drama, the British & Irish Lions management confirmed a member of their management team had tested positive.

The individual and four close contacts – including two players and two members of staff – are being isolated and assessed at the team hotel. All members of the touring party have since been PCR tested.

In pure rugby terms the cancellation is a massive blow for the Boks. They played their first Test in 20 months against Georgia at Loftus last Friday night, winning 40-9.

But it was a rusty performance, and with the Lions looming they needed as much time as possible in a match situation to prepare.

It’s not only the match that is lost, though. So far this week the Boks have been unable to train as players and staff isolate, costing even more valuable preparation time.

Word from inside that the camp is that the mood is becoming more pessimistic as the reality that they will be hopelessly undercooked when, and if, they face a British & Lions, crystallises for the Bok squad.

The financial imperatives for the Lions tour to continue are vital to SA Rugby, with about R500-million in broadcast revenue on the line. It’s also vital to the Lions organisation for the same reason, but the entire campaign is descending into farce.

The Lions meet the Sharks at Ellis Park on Wednesday evening, but their third match against the Bulls, scheduled for 10 July at Loftus, has been postponed because four Bulls players returned positive Covid tests this week.

The Sharks game is in the balance, too, after Wednesday’s positive test in the Lions camp.

“We have followed all necessary precautions since the start of the tour, which included regular testing and rigorous Covid-19 countermeasure planning and protocols,” said Ben Calveley, managing director for the British & Irish Lions.

“Our priority is to ensure the health and safety of the entire touring party, which is why we quickly isolated the players and staff upon receiving the news of the positive result.

“Everyone has subsequently been lateral flow and PCR tested. The Medical Advisory Group awaits the results of the PCR testing in order to make a decision on tonight’s game.

“The five individuals affected will be monitored closely during isolation and receive the best possible medical attention as we await the results of their PCR tests.”

The Bulls fixture might still be rescheduled for 20 July, four days before the first Test, but that is not confirmed. The Lions, meanwhile, also need matches to hone their combinations and the loss of a fixture is a body blow to their preparations.

The aggressively spreading Delta variant appears uncontainable, even in strict bio-secure environments, and the pessimistic view is that it is only a matter of time before the Lions report their first positive case. DM