Juniper & Gin, a devil of a match

Juniper & Gin, a devil of a match 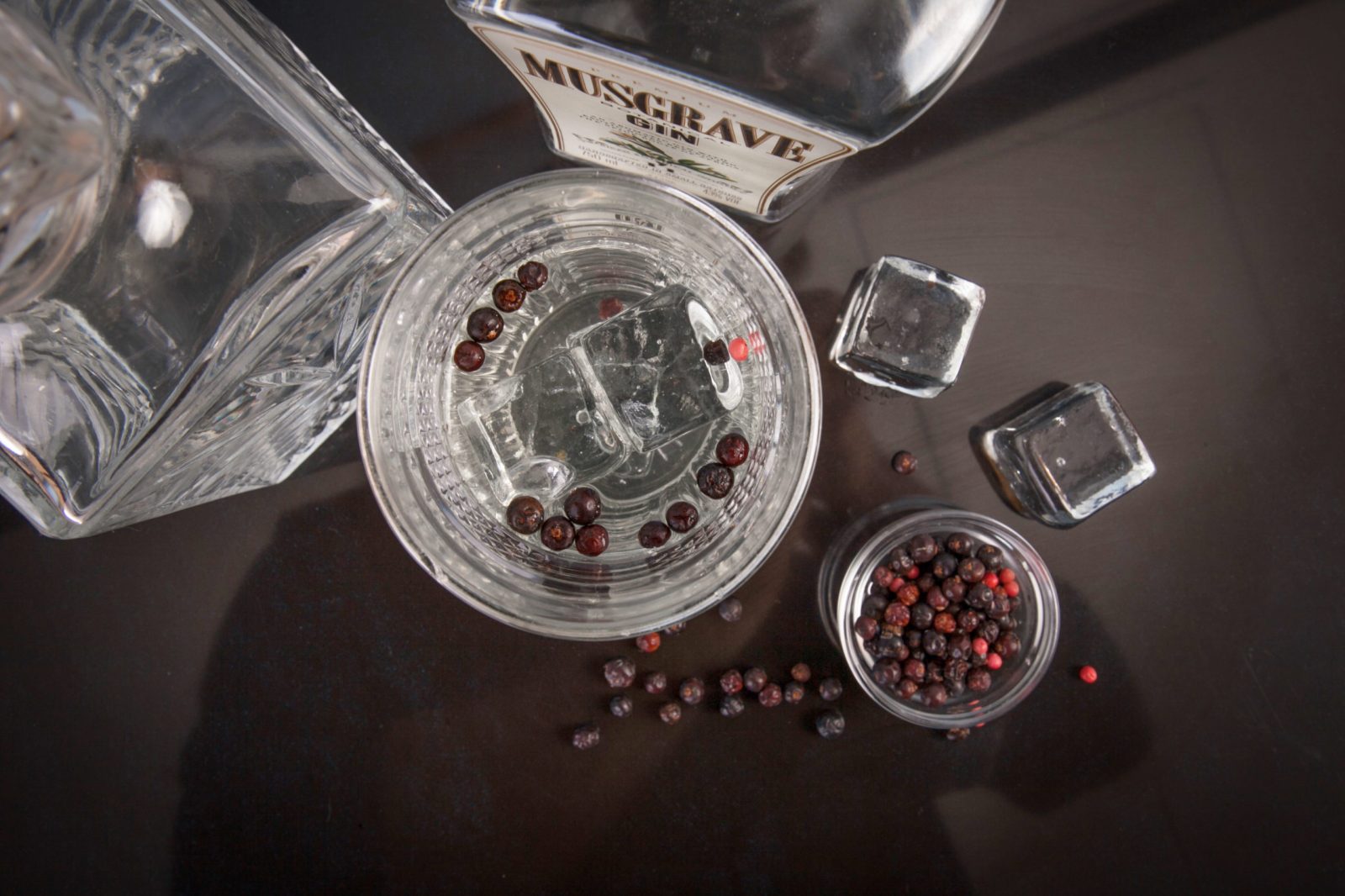 This column was first published in DM168 before the renewed liquor ban kicked in. We publish it online now for future reference and for the online record. It accompanies this recipe.

Gin has been called The Devil’s Left Hand. The spirit most likely to drive an old woman to drink. It’s likely to give her a Gin Voice, the kind of chops that land a fading actress the sassiest character parts; the kind of vocal chords that sound like they’re being dragged along the grimy floor of a seedy bar on the wrong side of town.

Yes, we’re talking gin, but we’re also talking juniper, from whence it comes. Bite into a juniper berry and you’re tasting the pure essence of gin. Even if you’d never heard of juniper, but were familiar with the flavour of gin, one nibble of these little black berries would take you there. It’s one of the sharpest, most clear-cut notes in the flavour palette. Bang on the nail.

I’ve cooked with wine for decades, red and white, sweet and dry. I’ve hummed to Bonnie Raitt’s take on Kisses Sweeter than Wine and sung Red Red Wine along with Neil Diamond and UB40. I’ve put gin in cocktails and G&Ts. But cooking with gin? Not sorbets and cocktails: savoury dishes.

And this is probably the best thing about this job: having to research and browse endlessly, in search of other ways of cooking things and finding methods and ingredients combinations I’d never thought of. My kitchen repertoire expands weekly as a result. Fun. Exciting. Sometimes challenging.

And there it was: a Tuscan tradition of slow-cooking lamb or mutton with gin and juniper. Not either/or. Both. What would that taste like? There was only one way to find out…

After not mere years but decades of cooking lamb chops, legs, shoulders, ribs, shanks, racks, I find a way that had never occurred to me before.

Various recipes included other elements. Some had thyme, others rosemary. Casting my net further afield, and excluding lamb, I came upon recipes for pork braised with juniper, gin and rosemary; juniper, gin and black peppercorns in a cream sauce for flank steak (I have to try that, it sounds crazy-good), and venison loin glazed with sloe gin, juniper, pancetta and blackberries. Many savoury gin and juniper recipes also had lavender.

And mushrooms. I’ve always believed there are two kinds of dishes that mushrooms do not belong in: lamb or mutton, and curries. They just don’t seem to fit. Or didn’t. Now, suddenly, I discover that they do go with lamb and mutton, because the Tuscan recipes I encountered call for mushrooms too, along with the gin and juniper. My sheepy world is thrown wide open.

But here’s the thing, and I’m convinced of it: cooking with only gin, or only with juniper, would not quite cut it. To have the best impact, both gin and juniper need to work side by side in the dish to bring out everything that juniper has to offer to the palate. We could regard juniper as the host flavour, the driver of the piquancy that the two are steering to the palate. And piquant may be the best word for this arresting taste.

Imagine that cream sauce back there, with a rare steak. And adding a shot of gin to the sauce just before you pour in the cream, and letting it flame, and then stirring in a little cream – not too much – just to create that emulsified glory? So, right now, I’m eyeing those two little kudu loin steaks I’m planning to have for dinner tonight, and I’m thinking I need to go out and get me some cream, and a match.

But here’s another strange thing, an odd little coincidence. (And I’m afraid we’re on to trees again here.) On the verge outside my house, when we first saw the ad for it, was a beautiful big tree. But when we moved in, the tree was dead, and its majestic trunk had been cut down by the municipality to a trunk less than two metres high. Some months later a new branch shot out of the soil and as it grew I started feeding its branches through the remnants of the trunk. It grew to five metres high over time, and two weeks ago the municipality was there again, sawing away at all the trees in the street.

But. In a few short weeks the tree had grown peppercorns. Pink peppercorns. Masses of them. And standing there, as I pulled my car into the driveway, was a lady who was combing through the debris on the ground.

Sir, do you mind if I take some branches of your Brasiliaanse peperboom to decorate a wedding?

Of course she could take some to doll up the wedding, I replied, and as soon as she’d gone I came out again and inspected the pink peppercorns. And I tasted one. I’d cooked with other pink varieties before (and to be clear, they are not strictly speaking peppercorns), but these tasted different. What was that flavour: and then I got it. Juniper. A hybrid taste profile of pepper and juniper, just a tad nutty.

I selected 20 or 30 of the most peppercorn-abundant branches and took them inside. To cook with. What else. They’ve been drying out since then in a sheltered spot in the side yard. I used them in a cream sauce for a T-bone steak a couple of weeks ago, and had a very happy result.

If you have access to them, regard them as an ingredient, and bring some into the home; dry them, pick them and jar them, or put them in a grinder. You could toast them lightly in a dry pan to make them more brittle. Then use them creatively, at will. How cool is that? Free peppercorns, in a world where little is free any more. I’ll drink (a G&T) to that. (Eventually.) DM/TGIFood