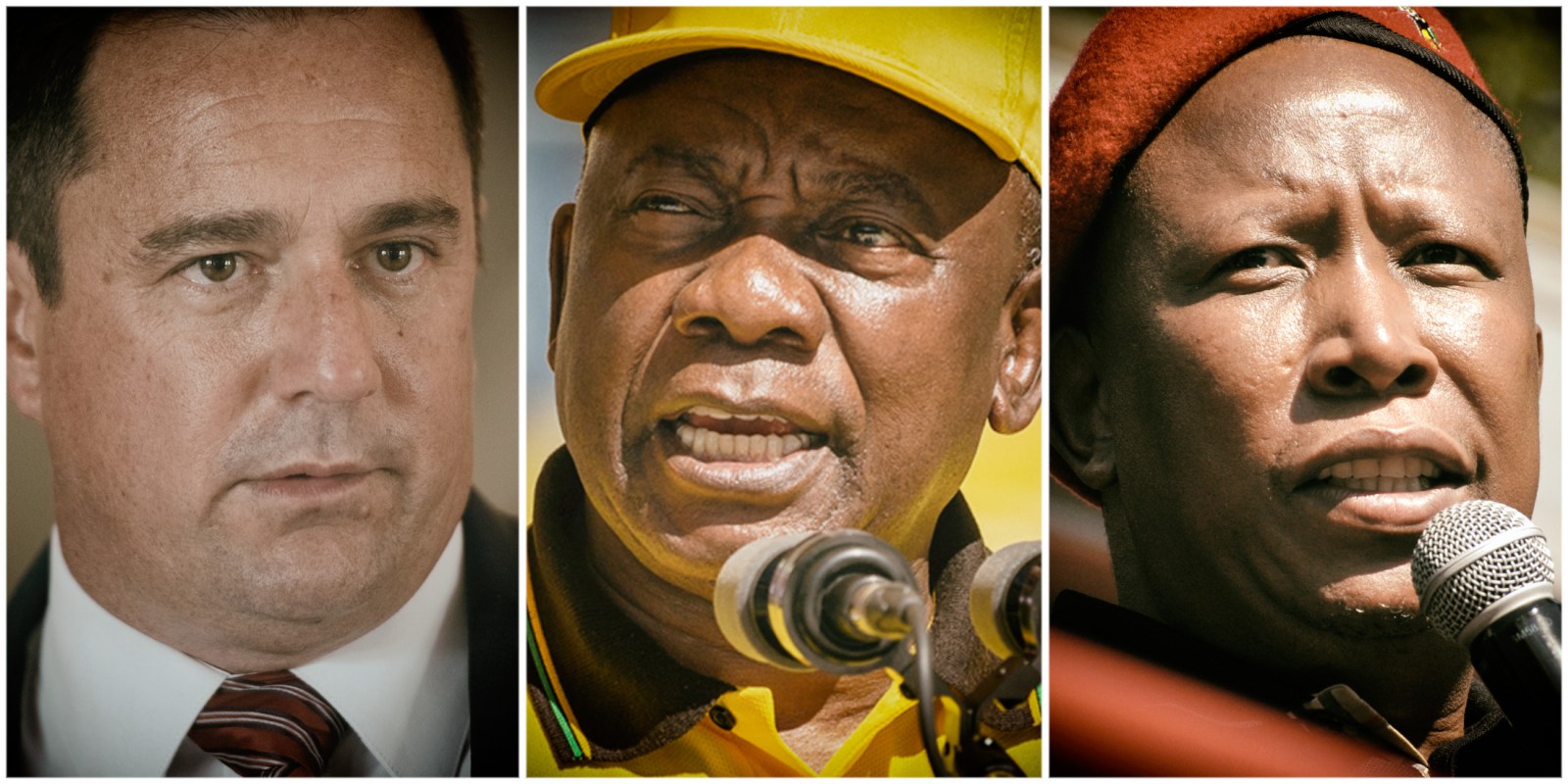 While it is not possible yet to determine if or how the local government elections will change the balance of power within our politics, it is possible that this time the ANC’s internal power balance may become a more important political story. With two of the main opposition parties showing signs they will not be a serious threat, for the moment, within the ANC there are signs of violent contestation for power.

With Kgalema Motlanthe now in charge of the party’s elections committee,  the former president could play a key role in determining the party’s candidates. This move, coupled with what may turn out to be a  successful implementation of the “step aside” Mangaung resolution, could lead to a big change in the balance of power within the ANC.

In many democracies, local elections are an important indicator of how voters view the governing party, and their opponents’ rhetoric. They can provide a useful signal of what a party needs to do to stay in power, or for another party to see what needs to be done to challenge the next national elections.

This was seen in the 2016 local polls, when voters in some metros voted against the ANC, symbolised as it was at the time, by the then president Jacob Zuma.

But much has changed since then; no national leader, inside or outside the ANC, appears to come close to touching President Cyril Ramaphosa’s approval ratings.

The DA appears to be going through a period of using identity politics in a way that could cost it votes, and perhaps even its current leadership.

There are also no signs that the EFF is making progress. It may be forced to fight an election it doesn’t want right now, and that it opposes in the first place. It also faces obvious charges of hypocrisy after first claiming that holding the elections would lead to super-spreader events, while itself holding a march with over two thousand people in clear defiance of lockdown regulations last week.

In a worst-case scenario for the EFF, the number of new Covid-19 cases in Gauteng could skyrocket in the next few days, and other parties may well blame it for what happens next in the province.

However, the ANC is itself also in a complicated position.

There is evidence, to even the most die-hard supporter, that the ANC’s local leaders cannot govern effectively and the party’s own leaders in national government have made it clear that ANC-run councils are failing in their duty to provide services.

But that does not mean it will be voted out of power in most significant places in any meaningful way.

In recent by-elections, it was able to hold on to a seat in Maluti-a-Phofung in the Free State despite massive anger there by local protesters furious at a failure of water and electricity services.

Meanwhile, there have already been several instances of violence in certain parts of the country, involving ANC members contesting for power. Last week the party’s deputy secretary-general Jessie Duarte (who is currently leading the party’s office of the secretary-general) was due to hold a press conference on this issue, but it was postponed.

As the party leader, Ramaphosa has deplored the violence.

But this is unlikely to make it stop.

The dynamics which have created this violence in the first place have not stopped, and may in fact have even become more pressing.

In South Africa, a political office is a route to patronage, power and resources. People who lose out are left with nothing, and it is even possible that the economic impact of the pandemic has left people with fewer options than before. Thus, elected office may be the only route out of more generational poverty.

This could lead to more violence than we have seen in the past, despite official attempts to stop it.

At the same time, even without this possible violence, there are difficult and divisive decisions that have to be made which will lead to problems for the party.

Perhaps the perfect example is that of the Mayor of Joburg, Geoff Makhubo.

He is the chair of the Joburg region, and thus should be the person who stands as the party’s candidate. But he has been revealed to have benefitted from corrupt payments which he signed off on as the Member of the Mayoral Committee for Finance in the city. He has also been shown to have lied about it.

He is currently self-isolating as a result of having tested positive for Covid-19.

The Gauteng ANC’s disciplinary machinery was due to make a decision about several weeks ago. Considering the evidence against him, it would make sense that he should step aside. But he has not been formally charged.

No matter what happens in the short-term, on the campaign trail, the ANC is likely to be asked who its candidate is for Mayor of Joburg. In the past, it used to claim that it would only decide after the election itself. But now, voters might demand to know in advance if they are voting for someone who has stolen from them.

Whichever decision is made, this could further divide the party’s Joburg region, and thus create more problems for the ANC as a whole.

Similar disputes are likely to play out across the country.

In the meantime, another dynamic may well occur.

In the 2019 national elections, Ace Magashule was able to show the power of the office of secretary-general through his control of the list process, which determines who became Members of Parliament and provincial legislatures.

It appeared to be his influence that ensured people like Bongani Bongo, Supra Mahumapelo and Faith Muthambi became Chairs of Portfolio Committees.

Now an elections committee will preside over this process, and its chair will be Motlanthe.

This may be the first time that the ANC is in a position to try to stop people accused of wrong-doing from representing the party in public office. It is a hugely important development, which could effectively change the dynamics within the party.

But it will not be without problems.

If an ANC region, say Joburg, decides it will only accept its candidate, say Makhubo, for a position, will this committee really be able to overrule it? If it did, could that actually lead to violence as a result? How will all of these messy dynamics be managed in reality?

At the same time, the ANC has said that local communities will actually be able to nominate their own candidates for some positions, and that it will even overrule the local ANC branch if necessary. This in turn could well lead to even more divisions and furious anger from some members.

All of this suggests that the most significant impact of these elections may not be the contest between the ANC and other parties, but in fact within the ANC itself.

And it may be here where the balance of power changes in a more significant way. DM