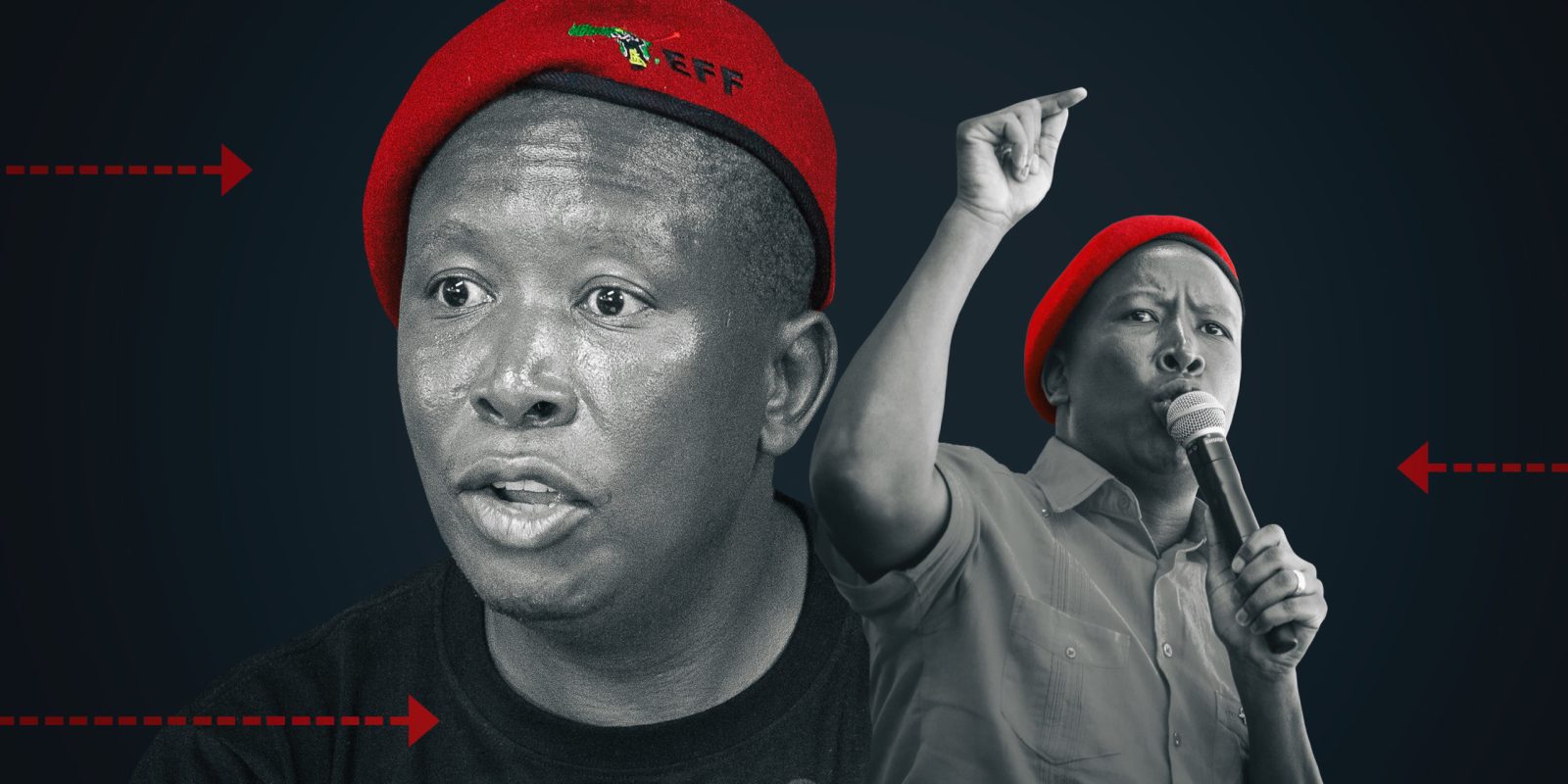 Julius Malema’s planned march to the headquarters of the health products regulator is not just based on bad science. It’s also a continuation of what the EFF has proved it’s best at — bullying women.

Today (Friday), Julius Malema and Floyd Shivambu will lead supporters in a march to the SA Health Products Regulatory Authority (Sahpra) in Tshwane to demand instant approval for Chinese and Russian Covid-19 vaccines.

The march is in itself a criminally reckless project, given the soaring Covid-19 rates in Gauteng. Judging by the EFF leaders’ social media accounts, they have been encouraging celebrities and young people to see this march as a necessary step towards allowing mass entertainment events to take place once more in South Africa.

Malema and Shivambu both know this is not true, and are consciously encouraging the public to participate in what has all the makings of a super-spreader event under false pretences. They should carry any Covid-19 infections that may result on their consciences.

It has, by now, been repeatedly explained how the Sahpra approval process works. That, before anything else happens, the body requires the submission of all the necessary documentation from the vaccine-makers themselves. It was only on Wednesday that Sahpra received this for the Sinopharm vaccine — and it hasn’t yet completed evaluating the safety data for the Sputnik V vaccine.

Lobbying regulators to speed up the approval of health products is not new. In the past, it has even been important to do so: in the early 2000s, for instance, when South African activists were demanding the roll-out of nevirapine to prevent mother-to-child transmission of HIV.

The thing about health activists, however, is that they tend to know something about public health. As the Covid-19 pandemic has demonstrated worldwide, the same is absolutely not true for politicians.

If this emergency has shown anything, in fact, it is the absolute necessity of keeping politicians as far away from bodies like Sahpra as possible.

Former US president Donald Trump suggested drinking bleach to cure Covid-19. Madagascar’s President Andry Rajoelina tried to push a herbal tonic on the entire African Union as a cure. In South Sudan, President Salva Kiir and senior politicians wore special badges which they believed would guard against contracting the coronavirus. These are not the people you want leaning on health authorities, and neither is the EFF’s leadership – or that of AfriForum, for that matter, which tried to bully Sahpra into giving the go-ahead for ivermectin as a treatment, against the advice of the drug’s own manufacturer.

Indeed, the idea that political parties should be given the right to interfere with the registration of drugs should strike us all as a chilling prospect.

As it happens, there are already indications that the Chinese vaccines are not performing as well as hoped. Chile has vaccinated almost half its population with two doses of the Sinopharm vaccine, yet had to re-enter lockdown this month after experiencing a resurgence of Covid-19 on a par with its first wave.

The World Health Organization (WHO) cautions against drawing any firm conclusions yet, though, because it simply lacks data. There has not yet been large-scale monitoring of the efficacy of the roll-outs of the Chinese vaccines.

When it comes to the Sputnik V vaccine, meanwhile, a WHO report has identified serious concerns at one of the four Russian facilities producing the doses.

What the EFF is calling for is to roll out these vaccines to the South African public in the absence of clear data on efficacy and the known presence of some serious issues in their manufacturing. This is doubly weird given the existent hesitancy of many South Africans to receive even the proven vaccines; what Malema and Shivambu are demanding is effectively that already cautious South Africans make themselves guinea pigs for under-tested products. Good luck to them with that.

But there is little point in trying to counter propaganda with science. The EFF, it is patently clear, has no actual interest in vaccine data or sensible public health protocols. The march is a political stunt from a party that has seen its relevance dwindle to nothingness during the pandemic, and the vast majority of South Africans will identify it as such.

Something worth pointing out, however, is the figures explicitly focused on by the EFF’s anti-Sahpra rhetoric. It has chosen to target for particular abuse Professor Helen Rees, the chair of the Sahpra board, and the body’s CEO, Dr Boitumelo Semete-Makokotlela: two women, in other words. The EFF has also threatened to direct protest action specifically at Semete-Makokotlela’s private home.

These techniques are now familiar to anyone who has been following the EFF’s targeting of female journalists over recent years. While paying lip service to feminism, the party has repeatedly established itself as a hyper-masculine, violent, militaristic body.

Its leaders have, again and again, singled out individual women as representative of particular issues and effectively tossed them to the party’s supporters to face real danger. They do this while housing within the party’s ranks the likes of Patrick Sindane, now promoted to the post of MP in the National Assembly, who in 2009 was credibly accused of involvement in the gang rape of a sex worker. Sindane has always denied the charge, which was never aired in court because the woman in question mysteriously disappeared.

With every passing year, the EFF makes it clear exactly who it is and what it stands for. The current action against Sahpra is just a reiteration of the same nasty theme. DM