A healthcare worker and a Covid-19 patient in the ICU ward at the Robert Bosch Hospital in Stuttgart, Germany, on Tuesday, Jan. 12, 2021. Chancellor Angela Merkel warned that Germany faces hard lockdown measures into late March if authorities fail to contain a fast-spreading variant of the coronavirus. Photographer: Andreas Gebert/Bloomberg

(Bloomberg) --The growing threat of the delta coronavirus variant in the European Union has prompted a fresh warning from the bloc’s disease prevention agency about the pace of vaccinations and not rushing reopenings.

The mutation, first seen in India, is considered even more infectious than the alpha strain, and could hamper efforts to get past the pandemic. It accounts for at least 20% of new cases in Ireland and parts of Germany, while in localized hotspots such as Lisbon, the figure is above 60%.

In a threat assessment published Wednesday, the European Centre for Disease Prevention and Control said it’s likely the variant will “circulate extensively during the summer, particularly among younger individuals that are not targeted for vaccination.”

Delta has already taken hold in the U.K., and governments across the European Union have said it’s likely to become the dominant strain in their countries. But officials are somewhat in the dark about its current prevalence, given the low rates of genetic analysis in many countries. 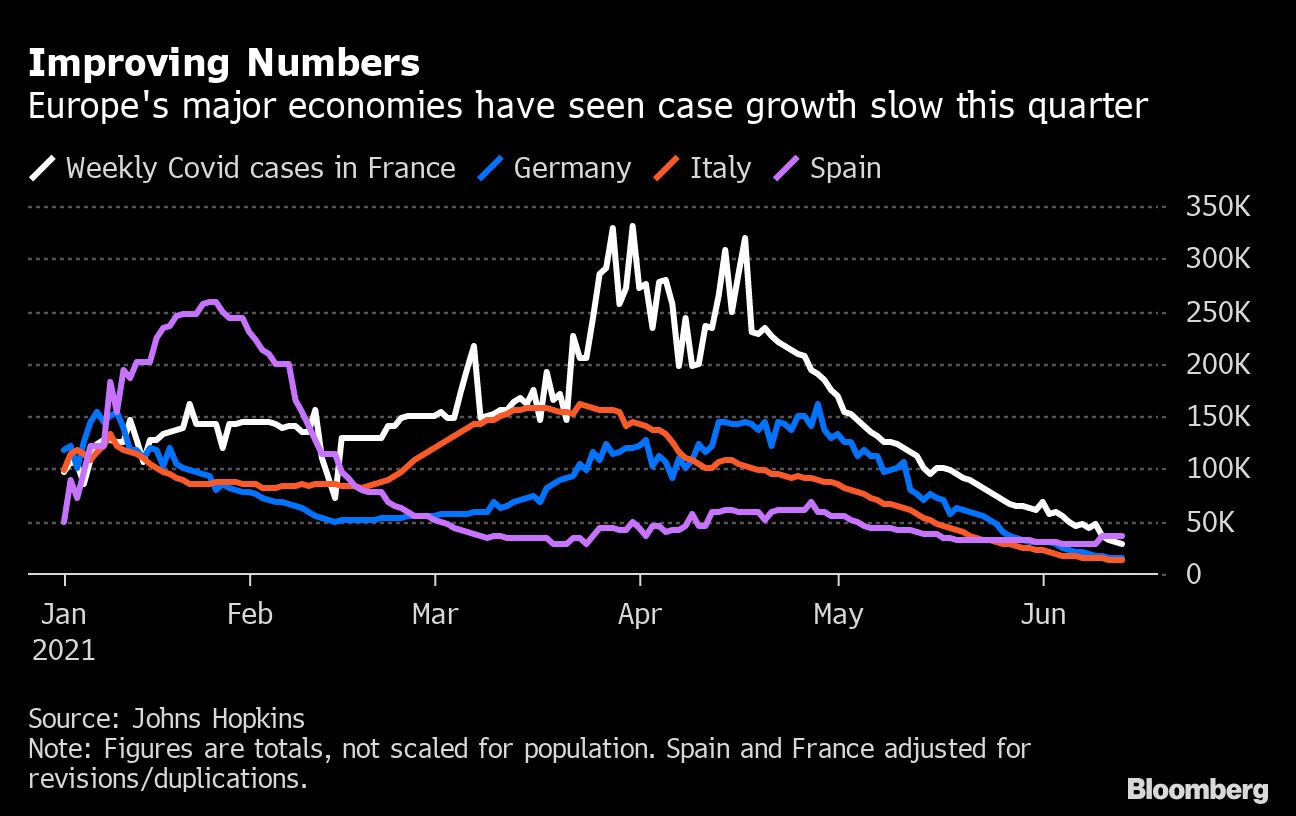 While the delta variant is increasingly dominant in Europe, that’s happening as overall Covid-19 cases are plunging across most of the continent to the lowest levels since last summer.

The risk for Europe is a repeat of the dynamic that played out at the start of the year when lockdown measures had brought down Covid levels until another strain, the alpha variant, spread rapidly. That triggered a fresh wave of infections and another round of restrictions on movement and businesses.

“Modelling scenarios indicate that any relaxation over the summer months of the stringency of non-pharmaceutical measures that were in place in the EU/EEA in early June could lead to a fast and significant increase in daily cases in all age groups, with the highest incidence in those <50 years, with an associated increase in hospitalisations, and deaths, potentially reaching the same levels of the autumn of 2020 if no additional measure are taken.”

One big difference now is that vaccination campaigns have kicked up a gear, meaning far more people are at least partially protected. Across the EU, almost 48% have got one shot.

But the ECDC said that those who have only received one dose are more vulnerable to delta compared with other variants, and second doses should be administered “within the minimum authorized interval.”

Despite being at the center of the delta outbreak, some U.K. figures offer reason for hope. New Covid cases are back at levels last seen in February, but there hasn’t been a corresponding increase in hospitalizations or deaths.

While there’s a lag between increases in positive tests and deaths, the figures suggest the U.K. could break the link between the two, and that the situation won’t get as out of control as before. 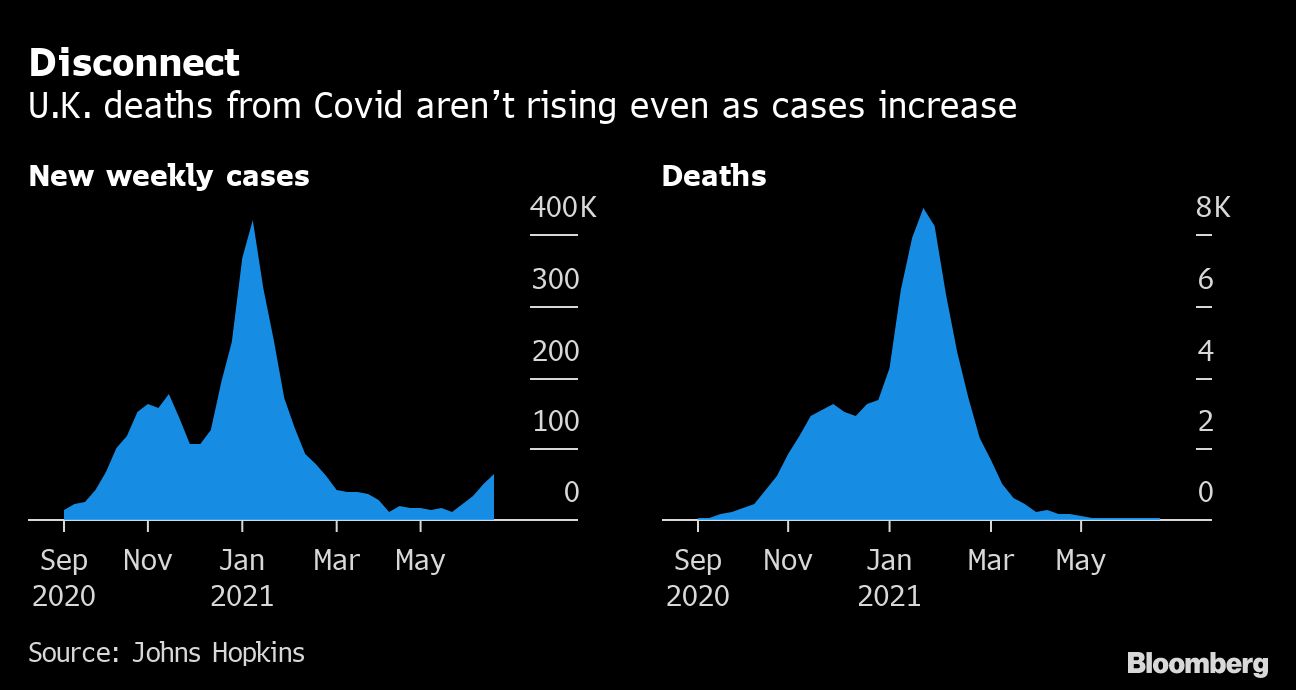 That’s good news for governments as they push on with reopening their economies. From the start of next month, the EU’s digital Covid-19 certificates will come into use, allowing free movement between the bloc’s 27 member states if people can prove vaccination, recovery or a negative test.

“There are still too many individuals at risk,” said ECDC Director Andrea Ammon. “Until most of the vulnerable individuals are protected, we need to keep the circulation of the delta virus low by strictly adhering to public health measures, which worked for controlling the impact of other variants.”

–With assistance from April Roach, Henrique Almeida and Allegra Catelli.

© 2021 Bloomberg L.P.
Information pertaining to Covid-19, vaccines, how to control the spread of the virus and potential treatments is ever-changing. Under the South African Disaster Management Act Regulation 11(5)(c) it is prohibited to publish information through any medium with the intention to deceive people on government measures to address COVID-19. We are therefore disabling the comment section on this article in order to protect both the commenting member and ourselves from potential liability. Should you have additional information that you think we should know, please email [email protected]