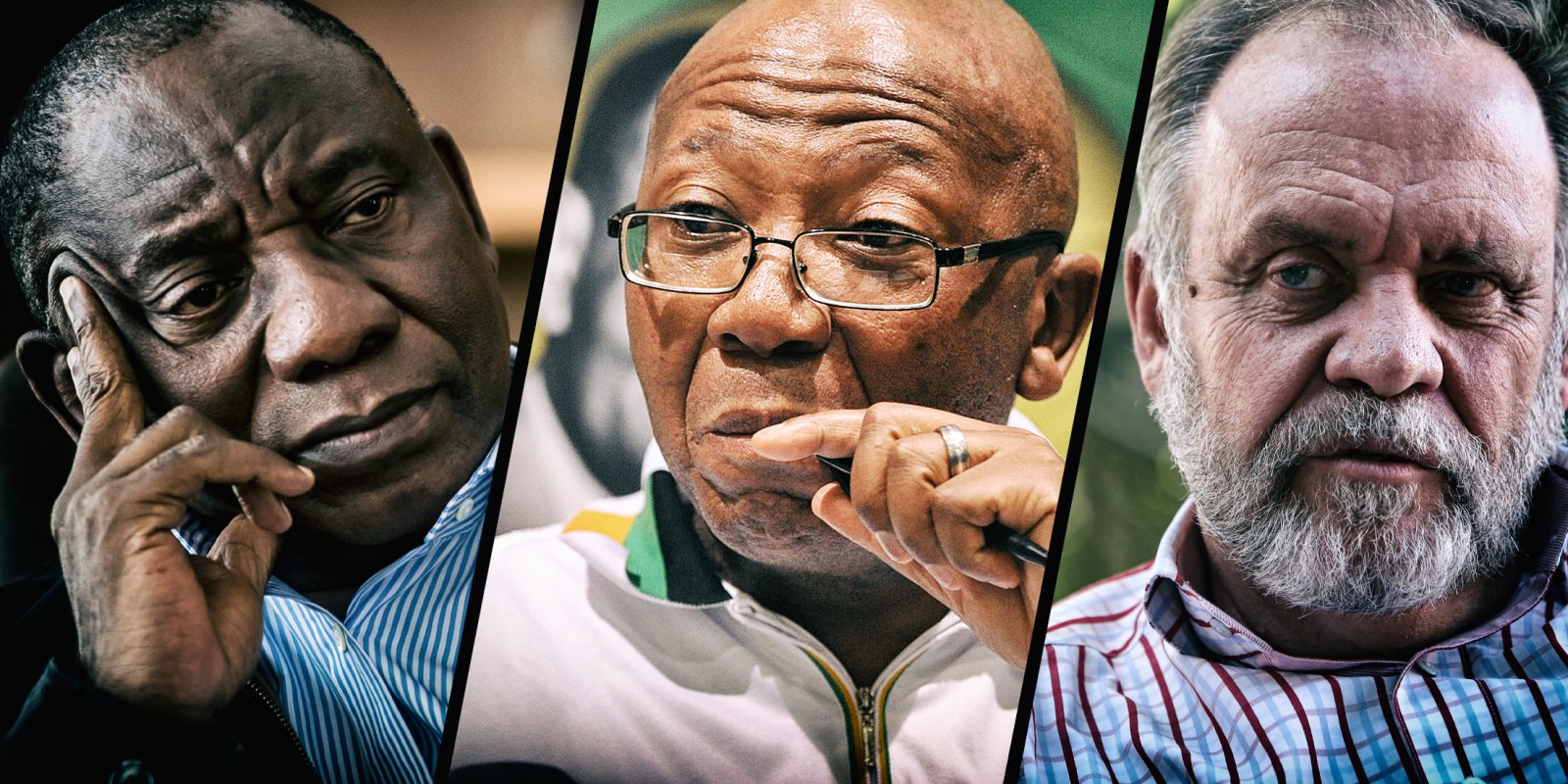 Amid efforts to unite the party’s former combatants, the ANC has decided to disband the leadership of the MKMVA and MK Council. MKMVA leaders say they’re not going anywhere and won’t bow to a ‘dictatorship’.

The split between the Umkhonto weSizwe Military Veterans Association (MKMVA) and the MK Council was on display in February when the MKMVA deployed its members to former president Jacob Zuma’s Nkandla home, vowing to protect him from arrest after he defied a Constitutional Court order and failed to appear at the Zondo Commission.

While MKMVA members acted like Zuma’s private militia, the MK Council called on the ANC to discipline the former president for undermining the Zondo Commission and the Constitutional Court.

In a meeting on Monday, the ANC National Working Committee (NWC) informed both groups of former MK combatants they would be disbanded and a “preparatory committee”, led by party veterans, would assume control ahead of an elective MKMVA conference, aimed at uniting the divergent groups, which is expected to be held later in 2021.

MKMVA President Kebby Maphatsoe has vowed to defy the NWC’s decision, which he claims is factional, unlawful and illegitimate and favours the MK Council.

In a statement issued by MKMVA spokesperson Carl Niehaus on behalf of Maphatsoe, who also serves as deputy minister of defence and military veterans, the group said Monday’s meeting collapsed after President Cyril Ramaphosa confirmed plans to disband both bodies.

It said MKMVA leaders had asked the NWC to explain why it was moving away from the process introduced after the ANC’s 2017 Nasrec conference to unite the different groups. The MKMVA said ANC Chairperson Gwede Mantashe abruptly ended the virtual meeting before its concerns were addressed.

“We will not be disrespected, nor will we bow to a dictatorship. The members of MKMVA, and MKMVA as a legitimate constitutional entity, deserve to be treated with dignity and respect,” said the MKMVA statement.

The MK Council was founded in 2016 and, in contrast to the MKMVA, its leadership includes former MK members with significant Struggle credentials, such as Siphiwe Nyanda. The group was formed in opposition to the MKMVA’s support of Zuma and the Gupta family and its alleged failure to represent the interests of MK veterans.

The MK Council claimed Maphatsoe’s 2017 reelection as MKMVA president was fraudulent as the conference included delegates who were not bona fide veterans. The ANC’s Nasrec resolutions mandated the party’s National Executive Committee (NEC) to facilitate a process of unity and inclusion of all ex-combatants.

The party launched unity talks, including six members from each of the different groups, which was primarily focused on verifying whether MKMVA members were legitimate veterans or, as claimed, the group had been bloated by members who were too young to have been a part of MK, the ANC’s armed wing during apartheid.

Tony Yengeni, head of the NEC’s peace and stability subcommittee, was tasked with overseeing those discussions. Yengeni is a staunch Zuma supporter and the MK Council withdrew from the unity discussions in 2020, citing Yengeni’s role.

“The ill-discipline and factionalism of the MK National Council is rewarded, while our disciplined conduct is disregarded, and we are in fact punished,” he claimed.

“Under the circumstances, MKMVA is left with no other option but to state categorically that we will not disband. MKMVA will continue with our programmes and the National Executive Committee of MKMVA will continue to carry out our mandate, and serve out the term that we have been elected to at our 5th National Conference in 2017 at the Birchwood Conference Centre.”

MK Council leader Gregory Nthatisi told eNCA the group was informed that the NEC had decided to disband both bodies ahead of a national conference and it would follow the instructions from Luthuli House.

Yengeni’s role in the unity discussions led to the breakdown in the unity process, but the positions Maphatsoe and the MKMVA have recently taken probably contributed to the ANC’s decision to disband the leadership a year before its term comes to an end.

The defunct ANC Youth League is again in a process of rebuilding while the Women’s League appears to be in flux. The MKMVA is the last of the party’s organisations that remain openly supportive of Zuma and the Radical Economic Transformation (RET) faction.

In addition to mobilising behind the former president, the MKMVA has defended suspended ANC Secretary-General Ace Magashule. Commenting in the Sunday Times this week, Maphatsoe again defended Magashule, saying “disciplinary procedures must not be used to settle political scores”.

Niehaus is still MKMVA spokesperson despite penning a RET policy document, condemned by the NEC for being at odds with the party’s positions and contributing to factionalism.

Maphatsoe and the MKMVA’s defiance of the ANC’s disbandment decision looks desperate. Law enforcement agencies have already acted against their ally Magashule. Others, such as MKMVA Treasurer-General Des van Rooyen, are under close scrutiny. Zuma, on trial for corruption allegations related to the Arms Deal, no longer has the power to protect his allies.

The MKMVA was a direct beneficiary of State Capture. The Guptas paid R850,000 for the MKMVA’s 2010 national general council and in 2011 it received shares in a Gupta company.

When the Guptas were under pressure in 2016, MKMVA defended the family and cast doubt on the #GuptaLeaks. Evidence suggests the MKMVA made its statements with the assistance of the Gupta family’s then-PR team at Bell Pottinger.

According to a City Press report on Sunday, the MKMVA was preparing to challenge its disbandment in court. The body is not mentioned in the ANC constitution and insiders have reportedly argued that the party cannot legally disband the group’s leadership.

Niehaus did not respond to a request for comment on whether the MKMVA planned to challenge the decision in court.

The ANC had not commented publicly on the matter at the time of writing, but the NWC was widely reported to have decided to disband the bodies, following discussions in the NEC last week.

The ANC is due to celebrate 60 years since the formation of MK in December 2021 and reportedly hopes to have resolved the divisions and elected new MKMVA leaders by then. DM