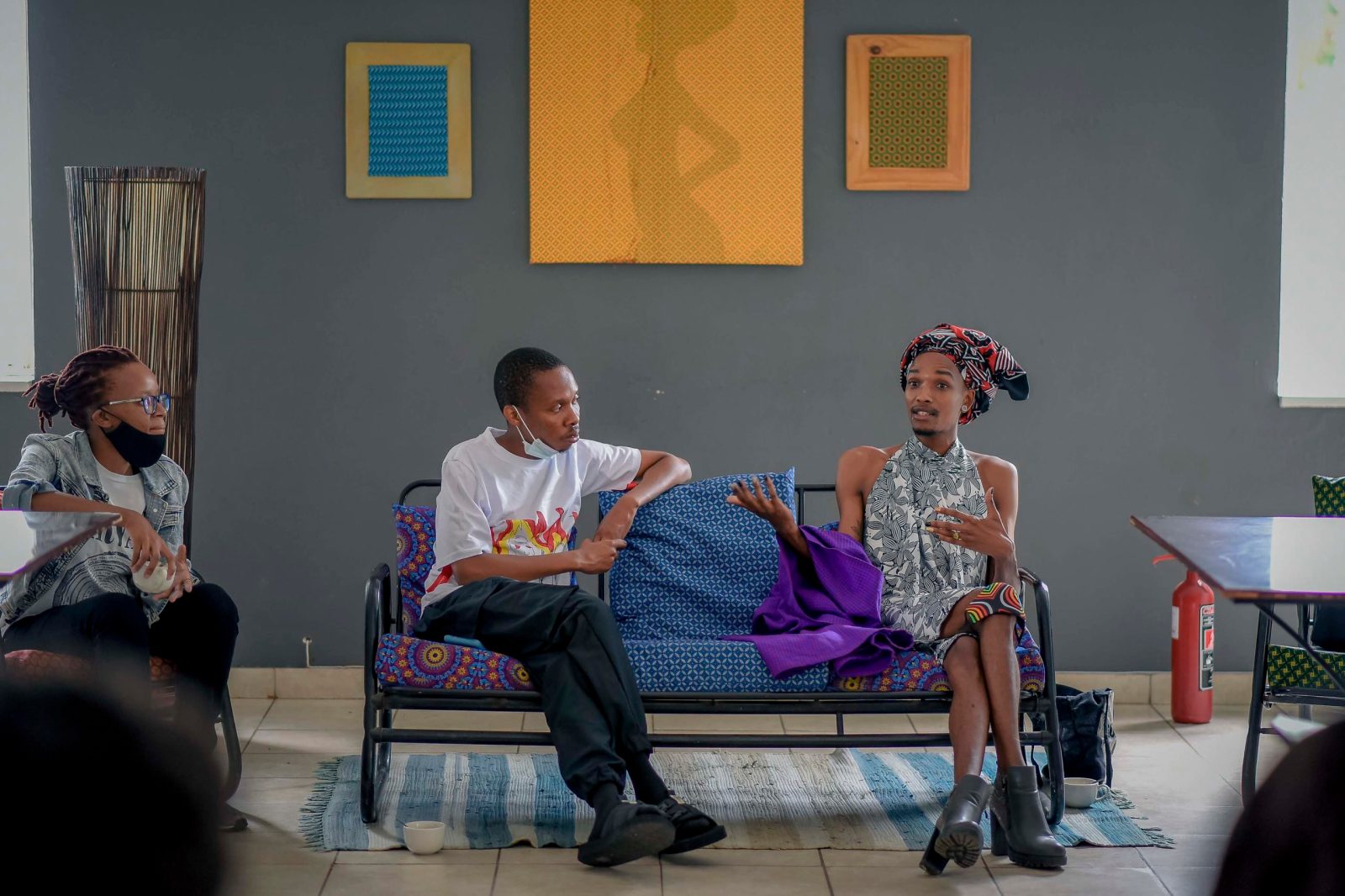 Writer and mixed-media artist Tanlume Enyatseng has created a space for queer people to meet and tell stories, giving them a sense of affirmation and community.

In his 1962 essay, The Creative Process, author and poet James Baldwin writes that “the precise role of the artist” in society is to “illuminate that darkness, blaze roads through that vast forest, so that we will not, in all our doing, lose sight of its purpose, which is – after all – to make the world a more human dwelling place.”

The darkness he refers to is the depth of human aloneness. “The great wilderness”, he calls it.

Baldwin might as well have been writing from a Covid-19-induced isolation. The past year, and what looks to be much of 2021, has seen society plunge into this darkness in more ways than one. We have been faced with the fragility of our own lives and livelihoods, healthcare systems and leadership. And in the face of the collective trauma of dealing with our aloneness together, new vocabularies of community and safety are required.

For many, however, this aloneness has long been not only an inevitable human or pandemic condition but also a structural one: an environment produced by laws, taboos, religious norms, media representations and social conventions that isolate people inside their homes, cities and countries. To be an artist in such an environment is to face being isolated twice, to risk being rendered invisible to one’s own self.

Where and how then do artists cultivate their own illumination, their own sense of security, let alone illuminate society’s existential darkness?

For Tanlume Enyatseng, a writer and mixed-media artist based in Gaborone, Botswana, that personal “great wilderness” is something he was already navigating long before Covid-19 imposed a near-total lockdown on all forms of mobility.

Producing under Bananaemoji, Enyatseng has crafted a niche for himself as a writer of queer Black young-adult erotica and fiction. His mixed-media art has drawn from that theme to include social commentary on media representations of the young, Black and queer.

This community is no stranger to isolation. Botswana decriminalised same-sex marriage only in June 2019 and reports a 43% “tolerance” towards gay people, according to an Afrobarometer report on surveys in 33 African countries in 2014-2015.

At the start of 2020, Enyatseng had leveraged the international recognition his work had received through platforms like Afropunk and WeTransfer to draw more young creatives in Botswana into the proverbial and literal room. He began a meeting space called Banana Club, which is growing into a cultural safe house for those who find themselves locked down and locked out of their own society in more ways than one.

Enyatseng’s growth from artist/writer to artist/writer/place-maker is his response to an environment in which he felt his own light, and the light of those in community with him, being dimmed.

“A lot of my work is about giving a platform to the voiceless. To create the space for others, including myself, to tell their stories, to be heard,” he says.

He describes Banana Club as “a place to learn, a place to engage and it’s a place for people to feel solidarity in a space where [they] know [they] won’t be judged for it”.

The format is simple. “I put out an open invitation to anyone interested in speaking about subject matter to do with queer lives in Botswana. Those who feel confident enough to show up reach out, and then I share the venue and time. It’s never more than 25 people. You get to speak your mind, and if you don’t want to speak your mind, you get to sit back and listen to what other people think.

“The beauty of what I’ve seen in the sessions we’ve had so far is that the crowd has changed. It’s been a diverse crowd in terms of age and sometimes it includes allies.”

“There’s this way people view gay people in Botswana, like we’re some kind of fantasy. It’s the gay best friend, the stylist, the funniest person on reality TV, or the idea that when ‘the gay guys’ turn up to the party it’s going to be a good time. The only time we’re really in the media, it’s in the lifestyle sections. They don’t always understand that we’re also people going through things, because they see an aesthetic,” he explains.

His words raise a critical question: What is the real-world, long-term impact of being reduced to a caricature, laughed at by police officers when seeking protection or shamed by healthcare workers instead of being healed – as too many of Banana Club’s members have experienced?

The urgency of this question is echoed by Bradley Fortuin of Legabibo, an organisation advocating for resource mobilisation, and awareness of and rights for queer people in Botswana.

“We have queer people who are nurses [and] doctors, paying tax like everyone else. It’s only fair that the people and government of Botswana support us. Issues of representation are not just queer people’s issues. They are connected to women’s issues, to economic issues, to mental health issues and more,” Fortuin says.

Banana Club is a source of hope in action for Fortuin. “We need more queer spaces. We need more affirming spaces. And not limiting it to queer individuals. We needed to talk about mental health, safe sex, representation of queer artists, how affirming our workspaces are,” he says.

For Thato Semele, a documentary photographer, fellow Legabibo organiser and the founder of the Lekgotla Sessions around queer mental health, Banana Club provides a space to exist fully, free of the trauma narratives in which queer people are required to trade.

“I’m trying to tell stories about the queer community to show that we are so much more than our traumas. We are just like everybody else, too. Some of us just want to have the freedom to have families, to pick our careers without having to be put in a box just because we are queer,” she says.

Banana Club is still in its early stages, but its impact on community-building is already being felt and recognised.

“Tanlume tries to get a lot of important people who can affect the law together with people who have lived queer experiences into the same room to communicate about a lot of issues … creating an atmosphere where everyone gets a seat at the table,” says Semele of Banana Club’s potential for “collectively finding a way to make life better”.

International aid and diplomatic organisations such as the European Union have reached out to fund Enyatseng’s sessions, which has allowed him to keep the events free and accessible. But full public recognition and solidarity from these institutions and supportive high-profile individuals remains elusive because of the persistent taboo among Botswana’s leadership surrounding open support for queer lives.

Banana Club’s growing community want to see it “changing the way queer lives are reported, and giving individuals a safe space to learn, listen and engage”.

With a greater understanding of the context that has given rise to Enyatseng’s creative evolution in the Banana Club – in which Botswana’s queer and creative community must fight for the freedom to exist in the role of ordinary person so that they may, in turn, thrive in their chosen professional roles – the question of the artist’s role in society is important to ask.

If anything, the answer is already in each of us, individuals and institutions alike, all left scrambling to find meaning and comfort in the depths of mass isolation. It becomes particularly pertinent thinking about the ways creativity has sustained us in this Covid-19-induced isolation.

Enyatseng’s growth from artist to community-builder with Banana Club is just one example of an answer. But his evolution, and Banana Club’s very existence, begs another, perhaps more pressing question: What is society’s obligation to the artist? DM/ML