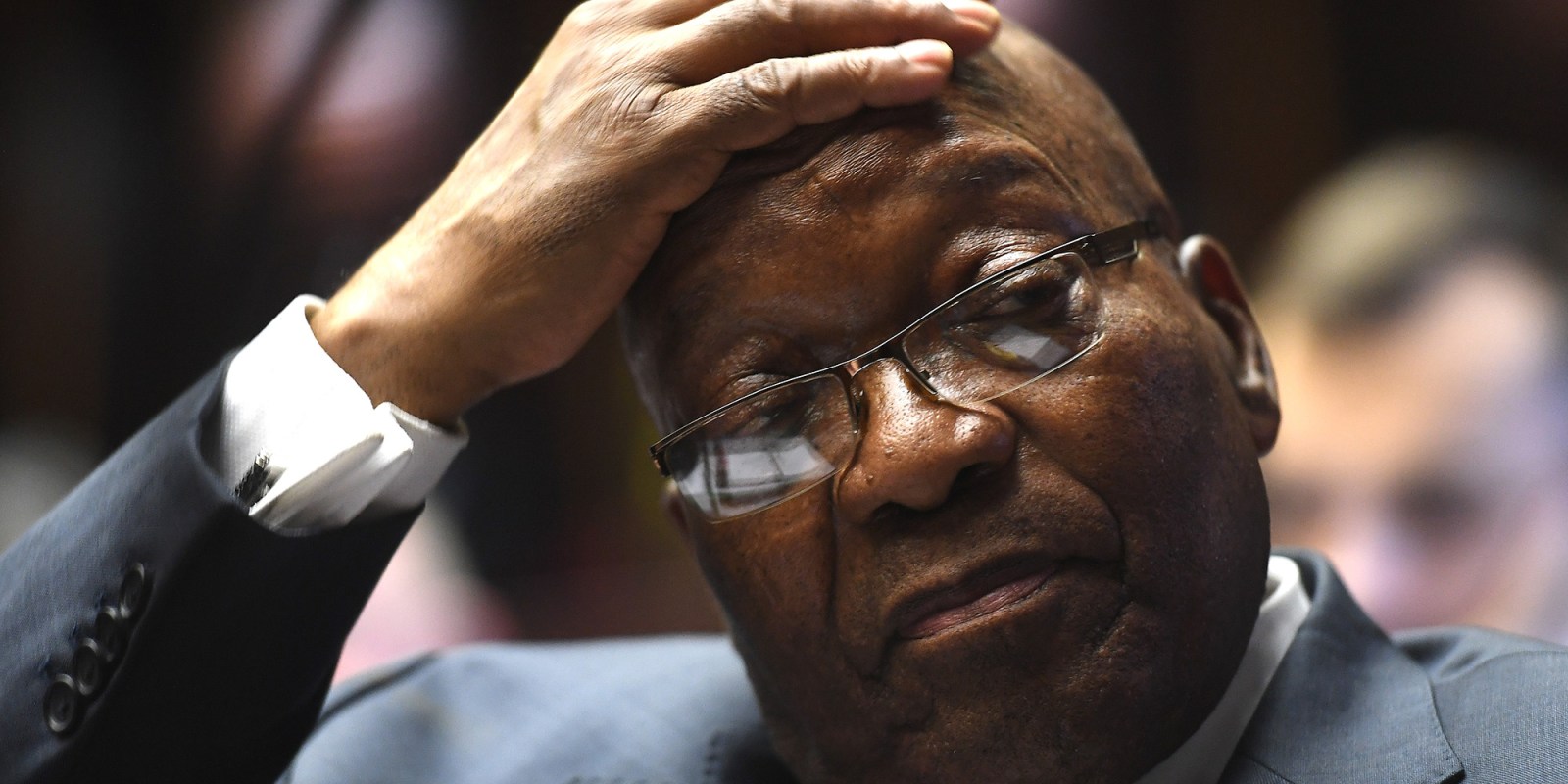 Former president Jacob Zuma wants the Pietermaritzburg High Court to hold an evidentiary hearing before the start of his Arms Deal trial so he can cross-examine senior prosecutor Billy Downer in a bid to prove that Downer – or any prosecutor appointed by the National Prosecuting Authority – is not fit to prosecute in the protracted matter.

Zuma’s request for the hearing is contained in his latest affidavit, filed with the same court on Wednesday, as his legal team and the State gear up to argue for and against the removal of Downer in July.

“I am advised that in that evidentiary hearing, I am entitled to cross-examine Mr Downer or any NPA official on the criminal conduct or prosecutorial violations on which I contend Downer lacks the necessary title to prosecute. I am advised… I would be entitled to place evidence on which I contend that my fair trial rights and related constitutional rights have been violated by acts of prosecutorial misconduct,” says Zuma in his 84-page replying affidavit to Downer and the National Prosecuting Authority (NPA).

Zuma contends that if Downer – based on the evidence he wants to present – is not removed it would “undermine the rule of law and place the entire constitutional system at grave risk”.

Zuma said he would include in his plea that not only should Downer be barred from prosecuting him, but that anyone assigned to his prosecution under the leadership of Downer should be “equally disqualified from conducting the prosecution” and that “no other person who is mandated by the NPA and the NPA itself is qualified to conduct the prosecution”.

Zuma also expressed “grave reservations of the lawfulness” of the appointment of senior counsels Andrew Breitenbach and Wim Trengove, who have been appointed to handle the plea.

The former president said Trengove and Breitenbach are “heavily implicated in wrongdoing” involving his case, and that their appointments are “defective, unlawful, irrational, unconstitutional”.

Furthermore, the appointment of both men showed a failure to consider “transformational imperatives”.

Zuma is accused of receiving 791 payments worth R4.1-million between 1995 and 2004 from his former financial adviser and convicted fraudster, Schabir Shaik, to protect Thales South Africa (Pty) Ltd, Zuma’s co-accused, from investigations relating to the 1999 multibillion-rand Arms Deal. The matter was supposed to go to trial in May.

But instead, Zuma entered a plea of not guilty as well as a special plea, as allowed by section 106(1)(h) of the Criminal Procedure Act, to have Downer removed as the prosecutor, claiming he has no title to prosecute. Should this be successful, Zuma believes that he must be acquitted.

Among his various claims, Zuma argues that the CIA has been involved in his prosecution and that he is being targeted for political reasons. He claims his prosecution has been “marred by ethnic discrimination” after he was called “Zulu boy” and “Zulu bastard”.

The slurs relate to allegedly intercepted communications within ANC and government circles dating back to about 2006, which Zuma believes gives credence to an ongoing political conspiracy that included pitting Zulus against Xhosas within the ANC. The emails were found to be a hoax. Nevertheless, the slurs gave rise to the “100% Zuluboy” shirts worn by Zuma’s supporters and were used as “proof” by the same that Zuma was being targeted.

Zuma has also threatened in his affidavit that if his special plea is not successful, he will again submit an application for a permanent stay of prosecution.

“I want to place evidence before the court, which the NPA will naturally be entitled to cross-examine, on the question of title to prosecute. Related to that, I wish to [put forward] evidence on which I contend that such a lack of title to prosecute entitles me to a removal order and to demand my acquittal. This feature, which must be determined after an evidentiary hearing, distinguishes it from an application for my prosecution to be stayed. That application remains available to me, and I intend to utilise it,” said Zuma.

He wants the hearing to examine the previous decision not to prosecute him alongside Shaik and “other strategic and tactical decisions made by the NPA which had an impact on my fair trial rights”.

“A court may not turn a blind eye to the evidence of criminal acts perpetrated by senior members of the NPA in which the constitutional status and legal authority of the NPA was abused to advance the political interests of my political competitors,” said Zuma.

He has accused Downer of a “prosecutorial cover-up” and defending alleged criminal acts by former national prosecution heads Bulelani Ngcuka and Vusi Pikoli and their “despicable abuse of the criminal process to victimise me for political reasons”.

The former president said that at the next court appearance, set for 19 July, he will seek an order that the evidentiary hearing be conducted on the issues relating to whether “evidence of political and intelligence meddling has undermined the State’s duty to conduct a fair and impartial hearing”.

“I am advised that it is the trial court that must first purge the infirmities of political and intelligence meddling in my prosecution,” said Zuma. DM