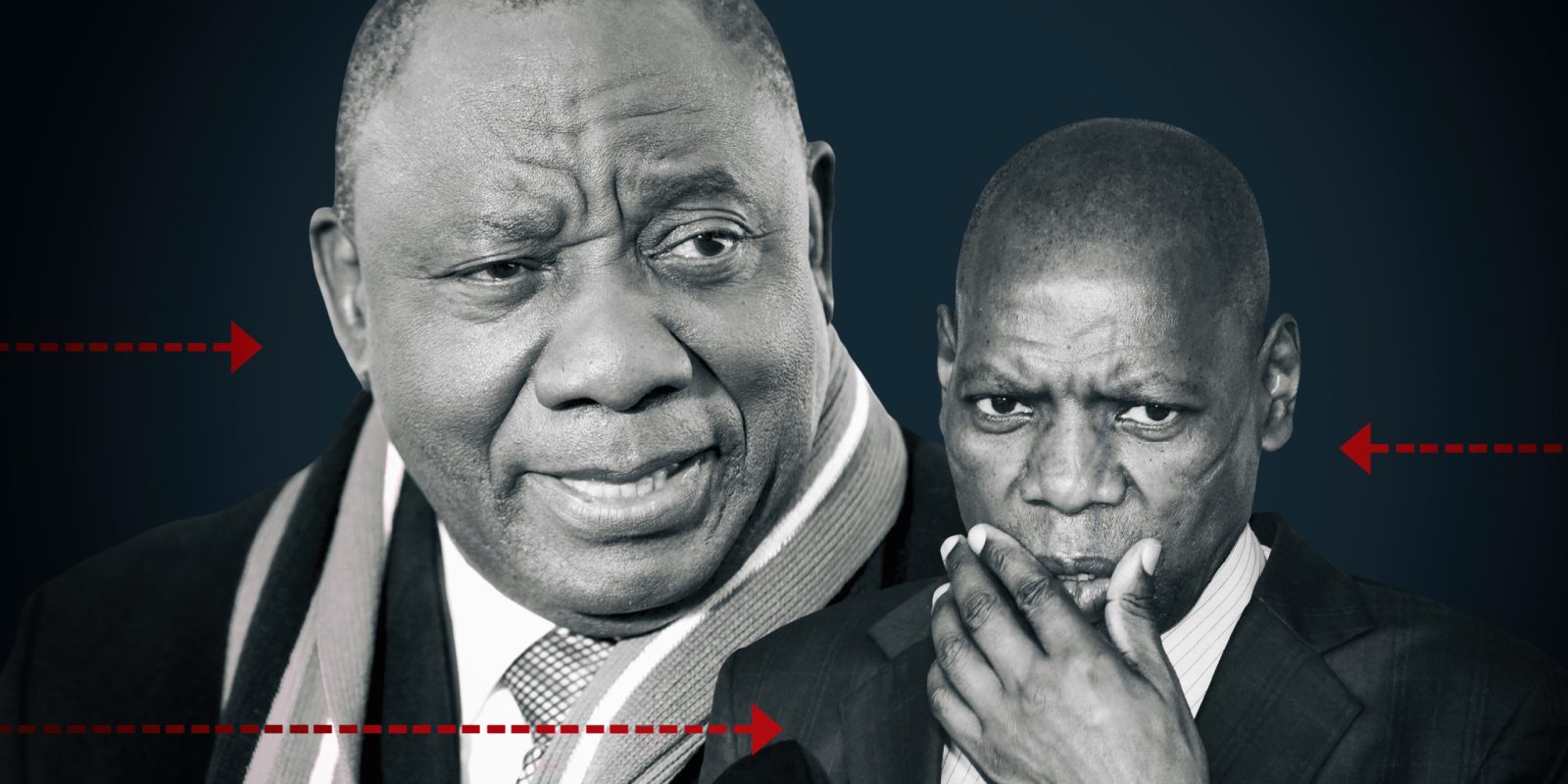 The decision by President Cyril Ramaphosa to allow Dr Zweli Mkhize to go on special leave from his position as health minister leads to huge speculation about what will follow.

There are many questions to answer about Health Minister Dr Zweli Mkhize going on special leave. Some of them are:

And all of this is happening during a once-in-a-century pandemic, when the health system is near breaking point and the political mastery of different constituencies with varied technical problems is vitally important.

There can be no doubt that Mkhize has gone on special leave because of Daily Maverick’s reporting on the Digital Vibes scandal.

While Mkhize has denied any wrongdoing on his part, the evidence against him has continued to grow. The fact that it was a company run by his former personal assistant, founded in lies, invoicing millions of rands to arrange interviews with him, in a contract with his department, was surely too much to bear. The pressure on him, much of it public, was too great.

And yet, his request to go on special leave, rather than to resign, suggests that he is not ready to permanently vacate office, or even believes he may be able to cling on to his position in Cabinet.

The rush of events around the final announcement from the Presidency that Mkhize was going on special leave will leave cynics wondering if it was choreographed.

At 11.30 on Monday night it was announced that Mkhize was going to the Northern Cape – a province suffering from a high number of Covid-19 cases, but without as large a media presence as Johannesburg.

At around 2pm on Tuesday, Mkhize said at a press conference that he had met with President Cyril Ramaphosa and asked him if he could go on special leave.

At 3pm, the ANC’s National Working Committee (NWC) held a briefing fronted by the Deputy Secretary-General, Jessie Duarte. While she did not take questions, she read from a prepared NWC statement that they welcomed Mkhize’s decision to appear before the ANC’s Integrity Commission.

The briefing had not completely finished before the Presidency’s statement was released, saying Ramaphosa had agreed that Mkhize should go on special leave.

Certainly, it was a confluence of events that looked very carefully executed.

For the moment, this decision would appear to take a very difficult problem from Ramaphosa’s hands.

While he might have indeed wanted to fire Mkhize, it is still not clear who his replacement would be. There are several options, but those candidates have their drawbacks. (Dr Nkosazana Dlamini Zuma may find it difficult to work with some of the scientists playing important roles right now, Dr Aaron Motsoaledi was despised by Cosatu when he was health minister, etc.)

Also, it would lead to more pressure on Ramaphosa to implement a Cabinet reshuffle – a move he may not yet be ready to make.

Thus, this decision eases the immediate pressure. But not for long.

Ramaphosa has said several times that he was awaiting the final report into the Digital Vibes saga by the Special Investigating Unit (SIU). The unit has confirmed that it intends to complete the report by “the end of June”. That is only three weeks away.

It is important to examine the evidence to see if the SIU could possibly come to a different conclusion than the one much of the public has drawn: that Mkhize is involved in corruption.

As the journalist Pieter-Louis Myburgh has revealed, money went from the health department to Digital Vibes, a company which is, in reality, controlled by Mkhize’s former personal assistant Tahera Mather. Digital Vibes received R150-million in a contract Mkhize himself says was awarded irregularly. The company invoiced the department millions of rands for arranging interviews that could have been organised by the department’s own staff (including more than R3.5-million just for setting up an interview with the SABC).

And the money… well, some of that ended up with Mkhize’s son. And paying for maintenance work on the minister’s private house.

Even without the link between Mkhize and Mather, it would seem impossible for a Cabinet minister to explain why so much money was being paid just for interviews that all media organisations would have conducted for free, especially during the pandemic.

If these are the facts, how could the SIU ever come to the conclusion that Mkhize is innocent?

And if the SIU cannot come to a different conclusion, then what is the point of waiting before taking decisive action?

Perhaps Ramaphosa, confronted with an ANC leader with a long history and who has played an important role in the last 30 years, wants to be absolutely certain before he moves. Perhaps he is waiting for the SIU report to make it impossible for Mkhize to claim he is innocent, and to be forced into resigning.

It may also be that Ramaphosa wants to avoid having to step into the tension over the ANC National Executive Committee resolution that people “charged” with wrongdoing must step aside and the Nasrec resolution that those “implicated” must step aside. Particularly when Ace Magashule will be making arguments about this issue in court when he challenges his suspension as ANC secretary-general.

There is another possibility.

It may be that Mkhize feels he can brazen it all out, that he can survive, and that perhaps daring Ramaphosa to fire him could earn him a prominent slot in the opposing bloc.

This may seem odd, considering the current political climate. But for much of Mkhize’s career other people have been able to do the same. Mkhize was treasurer of the ANC when Jacob Zuma was president, the man who came back from the cold and then survived scandal after scandal for almost a decade. Mkhize may think that nothing much has changed, and that he may somehow be able to cling on.

In the meantime, Kubayi-Ngubane now has an incredibly tough job.

In many democracies, the minister of health is one of the toughest portfolios, but now, during a pandemic, it is even worse, the stress is greater, the responsibility is massive.

It is a tribute to Mkhize’s political and technical ability that he has been able to master this.

He has also been a good communicator. Managing a pandemic demands this. The public needs updates regularly and often, and any vacuum leads to disinformation at a crucial time, with terrible consequences.

It would be unfair to pummel Kubayi-Ngubane with technical questions about the US Food and Drug Administration and the Johnson & Johnson vaccine at this moment – but the public still needs to be kept in the loop.

Perhaps the worst of this entire situation is this: It may be that we don’t yet know everything that happened and that there are still more revelations to come.

Whatever happens, it is hard to imagine Mkhize coming back to his position, and ever enjoying the political power he once had. DM