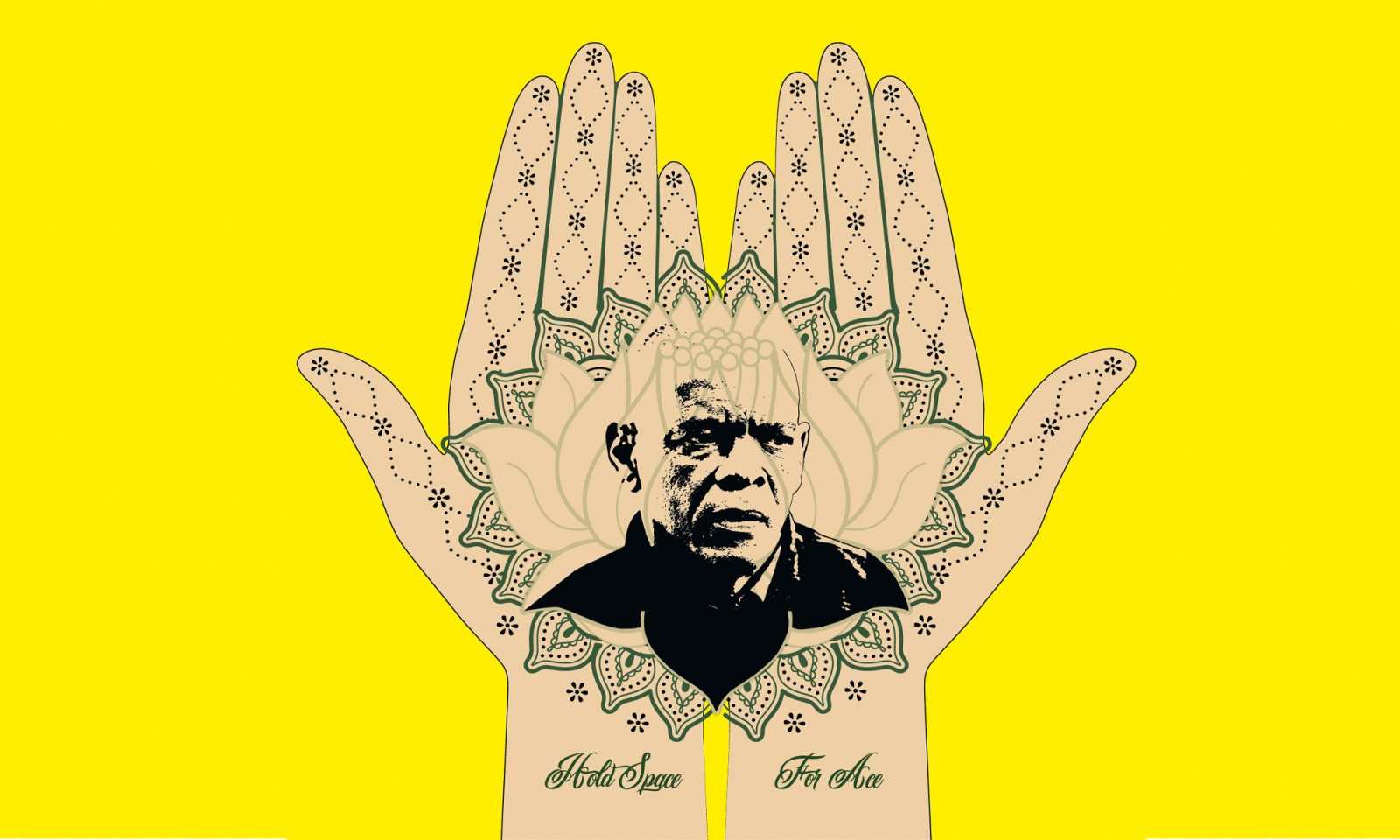 Ace really is going through the most right now, and all I ask is that you join me in holding space for him through these testing times.

I trust this email finds you vaccinated.

I must humbly assume that you do not know me, and are understandably a split second away from throwing my email into the spam folder along with the Nigerian prince’s email. By way of introducing myself, let me first tell you that I am a huge fan not only of yourself, but your entire crew of six up in your NEC of the woods, as it were; the Dirty Half-Dozen as I like to affectionately call you guys. In fact, I have written to at least two of your fellow top sixers. Understandably, communications might be a bit strained between you lot at the mo, but things will get better, they always do. And when they do, if you would please be so kind as to ask Mr President to respond to the letter I wrote him last month. And once this temporary situation between Comrade Leader Ace Magashule and yourself has been resolved, may you please be so kind as to remind him to respond to my proposal re: Ace MAGA mixtape – Foot on your NEC.

Which brings me to the reason for my email. It was with great sadness that I read a rather disturbing article where you criticised Ace’s challenge to his unfair suspension, calling it “absurd” and “incoherent”. I wept a gallon. For a while now, you have been something of a role model to me, largely due to your seemingly bottomless well of empathy, demonstrated by the way you have held space even for the seemingly most corrupt characters. One of my favourite websites (my bible, really), mindbodygreen.com, generously explains the concept of holding space in an article titled What ‘Holding Space’ For Others Really Means + How To Do It: “The definition of holding space is to be present with someone, without judgement. It means you donate your ears and heart without wanting anything in return. It involves practising empathy and compassion. You accept someone’s truths, no matter what they may be.”

Just a couple of months ago you showed me a sterling example of “holding space” in a moving essay, a full-throated defence of the ruling party’s right to not be questioned or testified against as part of the Zondo Commission, which you titled Testimony at Zondo Commission is an onslaught against the People.

What a gem! I was so moved. My favourite line comes from the final third of the article when you straight up unflinchingly told us: “More worrying is that democratic centralism is now the subject of a commission led by a judge who, with respect, practises his craft based on the narrow parameters of existing laws.”

Narrow parameters of the existing laws! It takes incredible courage and empathy to not only hold space for an organisation whose leaders have allegedly stolen from the poor, the sick, the dying, and driven millions more into poverty; but to also hold space for laws that don’t yet exist. Visionaire!

And just as I thought you might run out of space to hold, leaked audio revealed you to be an eternally flaming beacon of empathetic light. As haters screamed for former president Zuma’s blood about that whole 50-ish billion rand State Capture thing, insisting he should answer before the Zondo Commission, you could be heard on the recording compassionately observing: “What’s at stake here is finding a solution for comrade Zuma in the situation he finds himself in. It would not serve any purpose if comrade Zuma did go there and there was an antagonistic way the judge deals with Zuma.”

I totally got your train of thought. In fact, this is exactly how I approach my traffic fines. Being antagonistic by their very nature, I simply ignore them and focus my energy on the positive things in my life.

So you can imagine my disappointment when I read that article that made it seem as though, in Ace’s case, you suddenly ran out of space to hold for those accused of corruption. I beg you to reconsider. Open up your heart chakra and #HoldSpaceForAce #NotJailSpace. Personally, if I could I would open up my wallet chakra to help him out with his current troubles, but the economy being what it is, and what will all the corruption, the best I can do is reach out to indiscriminately empathetic leaders like yourself.

As you know, the National Persecuting Authority has charged our once luckiest Ace on more than 70 counts, including fraud, corruption and money laundering. To which the comrade responded unequivocally: “Under my term, there was no corruption… Once this case is over, history will absolve some of us. At that point I will be able to express myself to the public… I have by all means avoided the obvious temptation to speak about the merits and demerits of the ongoing case.” Bless.

Admittedly, the evidence might say something altogether different about the whole “there was no corruption” vibe, but taking the lead from your more empathetic moments, Comrade Leader Duarte, let us remember that the parameters of the law are rather narrow, and perhaps lack appreciation for Mr Magashule’s particular brand of business acumen, which has proven to be quite lucrative for him and those closest to him.

At the very least, I must ask that you appreciate the man’s discretion. In this age of social media, where the youngins share just about anything online for any and all, I argue that Comrade Leader Ace is something of a role model. As he said: “I have by all means avoided the obvious temptation to speak about the merits and demerits of the ongoing case.” So heartening.

Lastly, in the spirit of compassion, I want you to know that I am holding space for you, dear Comrade Leader Duarte, even in light of your recent uncharacteristic lack of empathy for Comrade Leader Ace. I read somewhere that in response to his perfectly legal challenge to his suspension, you stated (in court papers nogal): “The founding principle of this rule [Rule 25.70] is that the integrity of people in positions of power should be beyond doubt or reproach. They should not remain in office when indicted for criminal offences which cast doubt on their integrity and by implication that of the ANC. It is the rule which is, in the first place, designed to serve the best interests of the ANC because it does not want its public representatives, office bearers or members to cling to office while their integrity has been officially placed in doubt by their criminal prosecution.”

Forgive me, Comrade Leader, but I must disagree; you say Rule 25.70, I say narrow parameters. Nonetheless, I will continue to hold space for you and your truth. I will be the example you once were for me. These are traumatic times, and this too shall pass; a better life for all is coming. I trust you’ll be back to your old self again, and indiscriminately hold space for any and all, no matter their crimes against the people of South Africa. Peace be with you.