Ace Magashule’s challenge against suspension is ‘absurd’, ‘incoherent’ and all about him, not the organisation, says Jessie Duarte 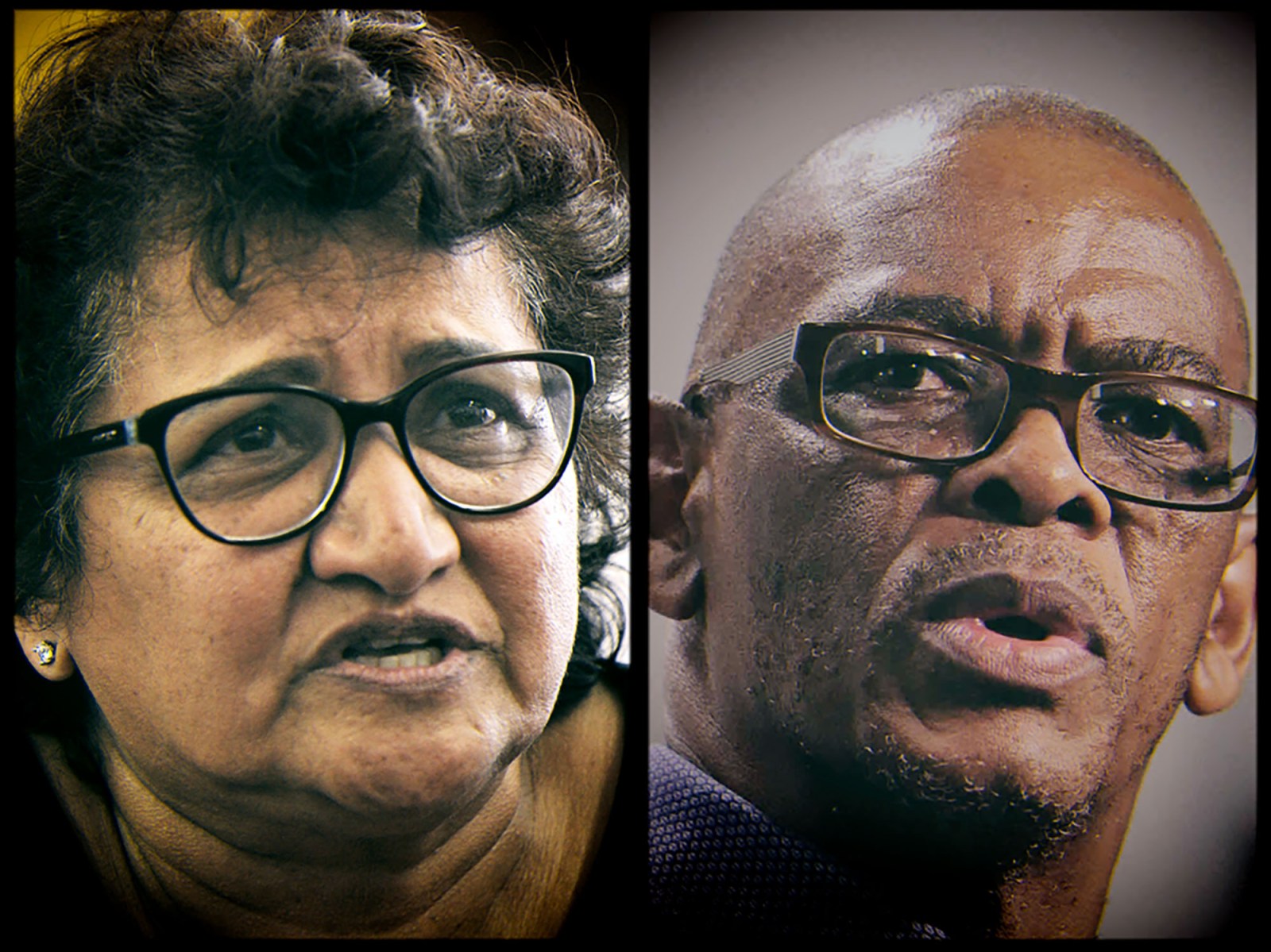 ANC Deputy Secretary-General Jessie Duarte has dismissed as ‘absurd’ suspended Secretary-General Ace Magashule’s challenge to his suspension for not stepping aside over the criminal charges he faces. And two senior party members, who previously voluntarily stepped aside, have come out batting for the ANC.

“The applicant has supported the decisions, rules and resolutions that he now challenges. He does so because they no longer suit his personal position,” Jessie Duarte says in court papers for the case 23795/21, responding to Magashule’s legal challenge to his suspension.

Frequently describing Magashule’s challenge as “absurd” and “incoherent”, Duarte says the suspended secretary-general had been part of all meetings at which the step-aside rule was discussed and “knew very well that if he did not step aside he would be suspended”.

And that temporary suspension on 5 May, after Magashule did not voluntarily step aside within 30 days as the ANC National Executive Committee (NEC) decided at the end of March, had been properly mandated and implemented.

No appeal was possible as the suspension came under Rule 25.70 of the ANC’s constitution that is aimed at protecting the integrity of the governing party. And while Magashule failed to make any submissions to the party despite having had ample time, the six-monthly review of such suspension protects against any possible abuse.

“(Magashule) is mistaken. His suspension is not a disciplinary step. It is entirely preventative, pending a court process following the indictment of a member. There is no right of appeal or review of a suspension under Rule 25.70.”

Duarte is equally plain-speaking on Magashule’s claim that his suspension was a factional decision.

It seems it’s a line he’s held for a while. Magashule previously was corrected on “the history and genesis” of the step-aside rule when he “informed us that former president (Jacob) Zuma had remarked on how the step-aide rule had been applied inconsistently, possibly along factional lines”.

Duarte’s affidavit also tackles Magashule’s court claims that his suspension was a move by the CR17 supporters against those who had supported the 2014 Nasrec ANC presidential candidate Nkosazana Dlamini Zuma, who lost by a hair’s breadth.

“I deny these allegations. They are false,” says Duarte.

“First, it is false that Minister Dlamini Zuma leads a faction in the ANC known as the NDZ faction. As is the principle in the ANC, after every national conference, contestants for positions reconcile with the outcome of the conference behind the elected leadership. To my knowledge, this is the position that Minister Dlamini Zuma has expressly adopted.”

And Duarte does not mince her words on Magashule’s push for his legal challenge against his suspension to be treated as urgent by the courts.

“It is simply incorrect that this matter is urgent, because in the applicant’s view the purported crisis in the ANC spells a crisis for all South Africans, whether or not they support or vote for the ANC. This contention is merely atmospheric and has no basis whatsoever.

“This application is about one individual only, namely the applicant (Magashule), who has failed to follow prescripts and resolutions of his own organisation’s instruction that people like him, who are charged criminally, should step aside if they cannot give acceptable explanations to the integrity commission of their own organisation.

“It is simply not correct that this case places the nation closer to a crisis. There is no crisis.”

In a highly unusual move, Duarte’s answering affidavit is accompanied by draft minutes of the 31 July to 2 August 2020 NEC meeting that decided on the step-aside rule. They are redacted to focus on the matter before the court, as they are yet to be finalised through adoption by the NEC.

Two of the nine ANC leaders Duarte identified as having stepped aside voluntarily have filed supporting affidavits. They are KwaZulu-Natal ANC Deputy Chairperson Mike Mabuyakhulu, who stepped aside over the corruption charges he faces, and NEC member Mduduzi Manana, who in August 2017 was convicted on two counts of assaulting women and resigned as deputy higher education minister and later also as MP.

“They support the implementation of the step-aside rule despite the fact that they had to step aside in the past when certain aspects of their chargers were brought into question,” says Duarte in her court papers.

It’s an important move to shore up the ANC’s case against its suspended secretary-general who had raised eyebrows inside and outside the governing party and its circles by approaching the courts.

By clearly stating that Magashule’s suspension has come under Rule 25.70 of the ANC’s constitution Duarte has opened the door to understanding why disciplinary charges may not (yet) happen – even if Magashule to date had not apologised, as the ANC instructed, for irregularly “suspending” President Cyril Ramaphosa.

“This (Rule 25.70) is not a rule of discipline. It does not require or even envisage disciplinary proceedings against the suspended member,” says Duarte in her court papers.

“The founding principle of this rule is that the integrity of people in positions of power should be beyond doubt or reproach. They should not remain in office when indicted for criminal offences which cast doubt on their integrity and by implication that of the ANC.

“It is the rule which is, in the first place, designed to serve the best interests of the ANC because it does not want its public representatives, office bearers or members to cling to office while their integrity has been officially placed in doubt by their criminal prosecution.”

And those are serious criminal charges that Magashule faces formally since his court appearance in February 2021 alongside others – fraud, corruption and money laundering in relation to an asbestos removal contract while he was Free State premier.

“The charges are very serious. They are not frivolous, as alleged by the applicant… If they are true, the applicant (Magashule) would clearly be unfit to hold office in the ANC. For the time being, the charges reflect negatively on his integrity and by implication on the ANC, in which he plays a senior leadership role.”

The court papers are now filed in the Johannesburg High Court. A date must be set for the ANC to go against the ANC. DM