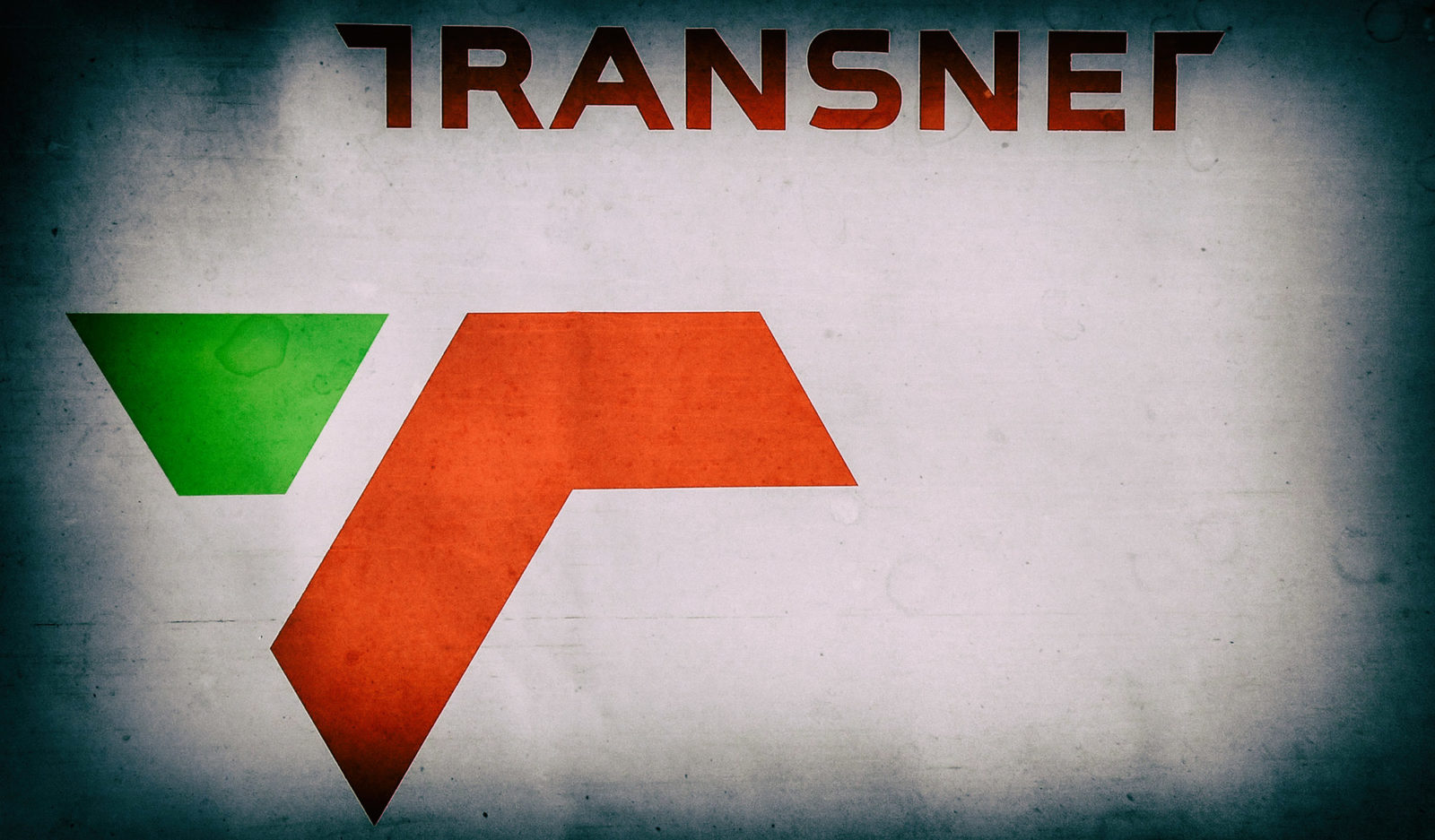 In an eventful day at the State Capture commission, two of the big sites of capture took the stage at one of the final sittings of the inquiry.

“Chair, there was definitely an air of arrogance around Mr [Salim Essa],” said Garry Pita, the former Chief Financial Officer (CFO) at Transnet. Pita appeared at the State Capture Inquiry on Tuesday, 1 June, where he spoke about his relationship with Gupta associate Salim Essa, visits to the family residence and about seven storage boxes he owned.

Pita had been appointed acting chief financial officer at Transnet following Anoj Singh’s secondment to Eskom in 2015. In February 2016, Pita was appointed as the state entity’s permanent CFO before resigning in April 2018, citing health and family concerns.

But Pita has been implicated in serious allegations of corruption at Transnet, including allowing a payment of R93-million from Transnet to consultancy firm Trillian, which then led to a R74-million payment to Albatime, a shelf company linked to the Gupta family. “I have no knowledge of that,” said Pita, when asked about Albatime.

Pita was questioned about his relationship with Gupta associate Salim Essa. Pita claimed he knew of Essa through Trillian – which Pita assumed was 60% owned by Essa. At his first meeting at the infamous Gupta family residence in Saxonwold, Johannesburg, Pita said he met with Essa and Tony Gupta,  who he assumed was an investor of Essa’s company. He claimed at the meeting Essa and Gupta threatened him with their political influence and verbally abused him.

In previous testimony before the inquiry, an unnamed witness said he would drop Pita at the Saxonwold residence. On one occasion, the witness (who cannot be publicly identified, as per the inquiry’s orders) said Pita was red in the face and was swearing after a meeting at the residence. But Pita said he was red and swearing because Essa had verbally abused him and used “profanities” against him.

Pita said he had a professional relationship with Essa, but he said this was an “unpleasant one”. Pita would state “chair, there was definitely an air of arrogance around Mr Essa”.

Essa has been asked to appear before the inquiry, but has refused to come and has threatened to sue the inquiry, as revealed by TimesLive in March.

Pita admitted the witness took him to the Gupta residence twice, but he had driven himself to the Gupta home on several occasions.

But the key issue Pita needed to answer questions to was related to his security boxes at Knox Vault in Johannesburg. Pita admitted he -along with his mother owned a box at the company, whose building premises was opposite the restaurant which his mother ran along with a cousin. Pita claimed the box was used to store financial records and other documents after his mother sold the restaurant. Pita would also then deny Witness 3’s statement that he had driven Pita to Knox Vault after visits to the Gupta home on six different occasions.

Pita would contend that he made use of the storage boxes because his house had been ‘burgled’ and the estate he lived in had also been broken into. When questioned by Transnet evidence leader advocate Anton Myburgh SC why records showed Pita owned seven storage boxes in six months, Pita maintained these were to store records and documents related to the sale of the restaurant. He offered the inquiry to do a lifestyle audit on him to check his finances.

But Pita was not the only person who testified before the inquiry on Tuesday.

In testimony earlier in the day, the Head of Legal, Risk and Compliance at the Passenger Rail Agency of South Africa (Prasa) Martha Ngoye testified about allegations made by former Group Chief Executive Officer Lucky Montana.

At the start of Ngoye’s evidence, State Capture commission evidence leader advocate Vas Soni said Prasa had sent a letter to the inquiry stating that victimisation claims by Ngoye – who identified herself in a previous appearance as a whistle-blower – fell outside the ambit of the inquiry and asked that the inquiry withdrew its notice to Prasa for a response to her allegations. But inquiry chairperson Deputy Chief Justice Raymond Zondo dismissed Prasa’s letter.

During his appearance before the inquiry, Montana claimed Ngoye had been involved in corrupt activities in the SA Fence and Gate contract. He said he had fired Ngoye due to her signing an irregular contract with the company.

Ngoye explained during Montana’s leave period in December 2014, she was the Acting GCEO of Prasa. During this time, an executive named Saki Zamxaka brought her a submission for lights at Prasa depots – which the entity needed. Ngoye said Zamxaka told her SA Fence and Gate had a tender with the agency worth R58 million – but this did not include the lights. However, there were irregularities with this contract, which had to be condoned. Ngoye rejected this submission by Zamxaka because there was no budget for this project. Ngoye explained she “coincidentall” received a call from Montana (while he was on holiday) to query about the progress for the lights. It was at this point, Zamxaka came back to her and said there was a budget of R160-million available in Prasa’s technical division for this project. It was only then that she signed the submission by Zamxaka, then she went to the board of control to explain what happened. Ngoye said she suspected Montana had been kept abreast of what was happening, because Zamxaka told her “Mr Montana was on his case”.

Montana also alleged Ngoye was at the centre of the infamous Swifambo deal, as she had been Head of Legal during this period. Ngoye flat out denied this – and said “I cannot accept lies that are spoken of in my name”.

She said Montana approved a variation of R300-million to ‘Dr’ Daniel Mthimkhulu after he had written a letter to Montana on 11 April 2014 requesting this. Ngoye said Montana approved this variation, but it was not allowed, as Montana could only approve amounts under R100-million. The board of control was the only ones who could make variations or payments over R100 million, said Ngoye in previous testimony in March 2020.

“He just approved it,” she told the inquiry.

Earlier this year, GroundUp reported Ngoye had been fired from Prasa for this very contract. Ngoye took the matter to the Labour Court, which overturned Prasa’s decision to fire her. Ngoye is now back at her job.

Group executive Tiro Holele also testified, describing Montana as having “dictatorial tendencies”. Montana accused Holele of being on the Bid Adjudication Committee, which took the Swifambo deal to the board, who then approved it.

But Holele denied this and said he only found out about the locomotive tender in 2015, when it was launched. Holele said Montana’s behaviour became “bordered on paranoia, it became more political”. He denied any involvement in the Swifambo deal, saying people were appointed to positions and documents were kept at people’s homes, without the knowledge of others.

Holele was also fired from Prasa shortly after Ngoye, but was reinstated alongside her when they took their case to the Labour Court.

Inquiry chairperson Deputy Chief Justice Raymond Zondo announced there would be no sittings of the inquiry for the rest of the week. Zondo said there would be notifications about next appearances as the inquiry has started wrapping up oral evidence. A few identified witnesses, including President Cyril Ramaphosa, would be called by the end of June. Zondo said work is continuing behind the scenes by inquiry personnel to start summarising evidence. DM

Pieter-Louis Myburgh for Scorpio
Save 8 mins

The Minsky moment: Contradictions of the post-pandemic economy