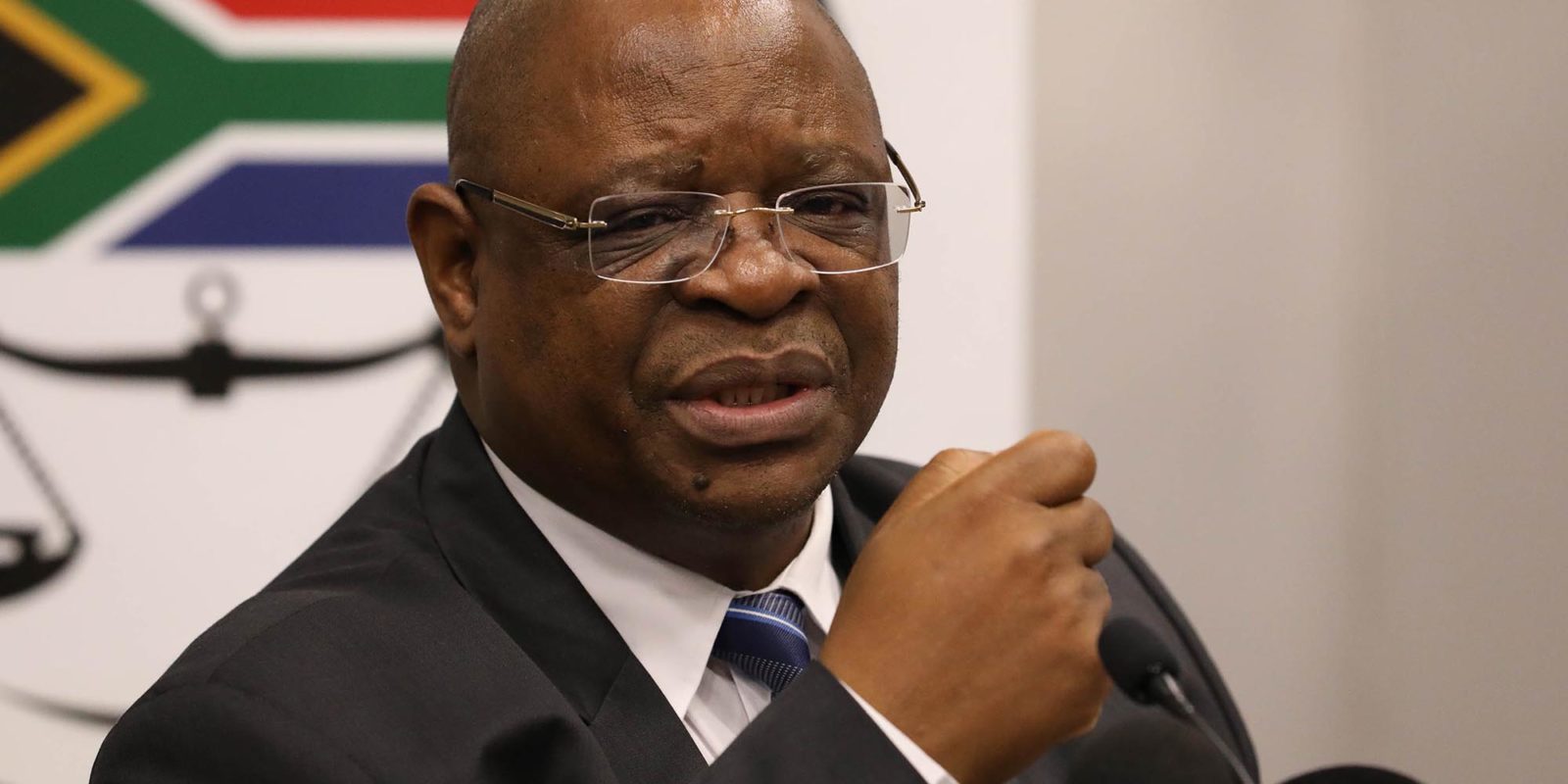 Fired by controversial Prasa CEO Lucky Montana in 2015, Martha Ngoye is still employed by the rail entity. Continuing her testimony yesterday, the Passenger Rail Agency of South Africa’s head of Legal, Risk and Compliance told the Zondo commission her firing became a suspension and she got her job back. She had been axed for questioning Montana’s role in granting lucrative contracts to his business associates.

Martha Ngoye, the Head of Legal, Risk and Compliance at the Passenger Rail Agency of South Africa (Prasa) did not mince her words during her time before the Zondo Commission of Inquiry into State Capture. On Tuesday 17 March, her second day of testimony before Deputy Chief Justice Raymond Zondo, she made it clear: she was not going to stand by and allow wrongdoing at the entity which has been crippled by maladministration and allegations of corruption.

Ngoye told the commission there was collusion on behalf of Prasa to rig a tender in favour of Siyangena — the company linked to controversial businessman Roy Moodley, who was a friend of both Montana and former president Jacob Zuma. The first phase of a project that would see Siyangena provide maintenance at stations, the contract was worth R1-billion. In phase two the figure rose to R 2.1-billion.

Judge Zondo questioned how a tender would perfectly suit one company and how the CEO, Montana could allow this to happen, even though Ngoye revealed any official processes over R100-million needed to be passed through the Prasa Board of Control, led at the time by Popo Molefe, who himself had issues with Montana.

“Sorry Ms Ngoye, it’s just so difficult for me to understand how anybody could think that a job for over R2-billion could not go out for an open tender in circumstances where there is no justification… It’s so…” said Zondo.

“It’s big amounts and obviously there’ll be questions about that… I don’t understand the answers you will give when people ask questions,” responded Zondo.

“That’s why I think the investigations revealed the amount of corruption and maladministration and all that unfolded and what was happening in these processes, the non-compliance with legislation and that’s why at the time, the board of Dr Popo Molefe decided we need to have these contracts set aside — because the investigations revealed these issues that could not be explained,” said Ngoye.

According to Ngoye, the Prasa board asked her and her legal team to stop payments to Siyangena. At the time of writing, Siyangena is still locked in a legal battle with Prasa to force the entity to pay outstanding fees.

Read in Daily Maverick: Prasa lawyerless on eve of R6bn contracts battle despite pleas to Ramaphosa and Co.

On the first day of Ngoye’s testimony, she told the commission that the legal team at Prasa had no say in the drafting of certain contracts. Ngoye was calm as she repeated Monday’s claim that there was opposition to her department wanting to check contracts or even draft contracts, which was her department’s job. In May 2015, Montana fired her in a meeting that lasted less than five minutes. She was axed because she questioned Montana’s role in the granting of a contract between Prasa and Prodigy — another company linked to Moodley.

“The dismissal was procedurally and substantively unfair,” Ngoye told the commission. When the Prasa board intervened, her dismissal was overturned and she was instead suspended by Montana for three months. By August 2015 she’d been cleared of misconduct charges by then acting group CEO Nathi Khena and returned to Prasa, where she still works.

Read in Daily Maverick: Legal team at Prasa had no control over certain contracts, commission hears

Advocate Vas Soni earlier told Judge Zondo that investigators were still doing their work, which impacted on certain documents and affidavits. Soni asked for time — two to three weeks — to allow the investigators to complete their work. After Ngoye completed her testimony on Tuesday, the commission was adjourned. DM