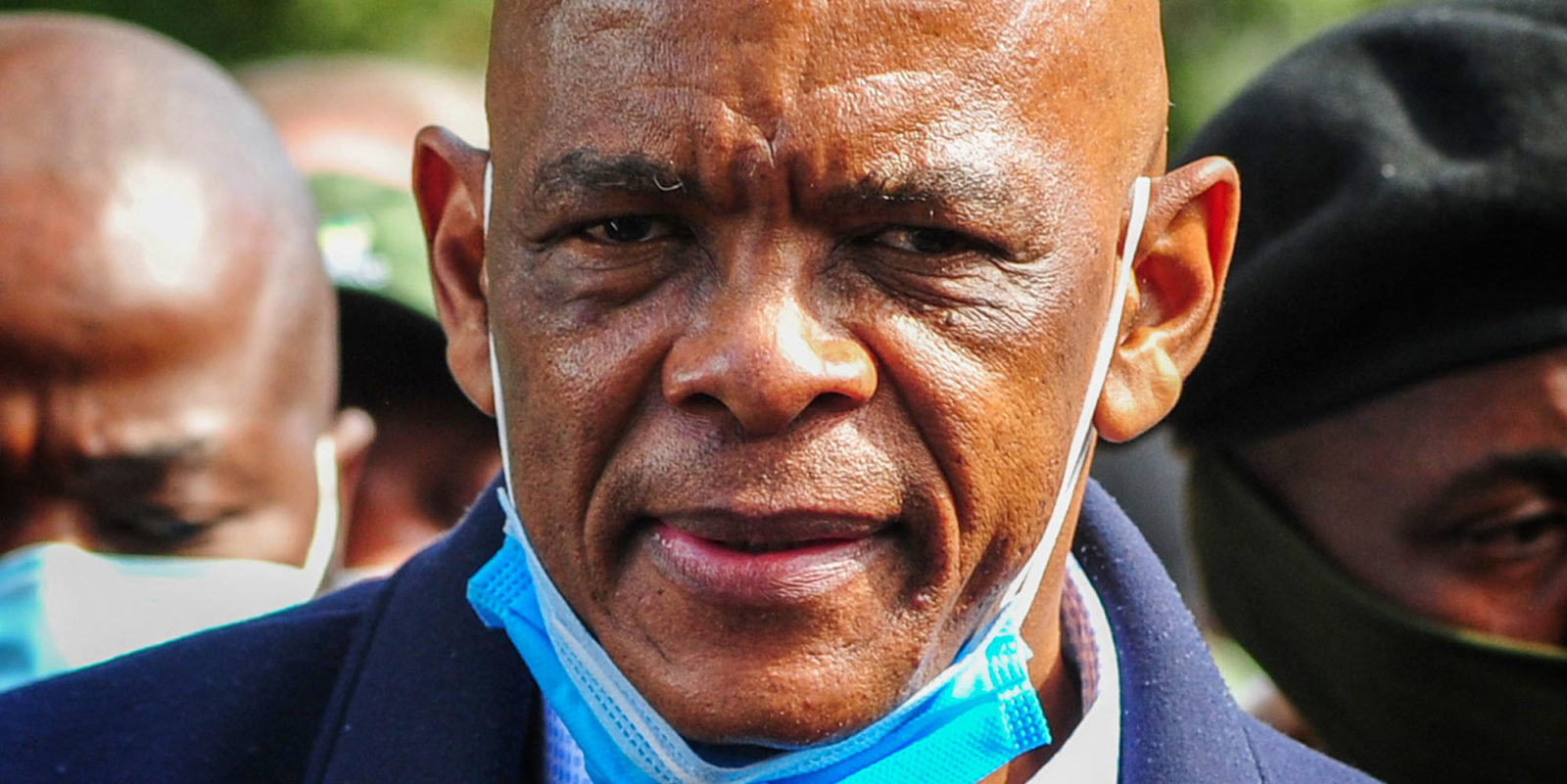 Suspended ANC Secretary-General Ace Magashule’s fight to maintain his position appears to have gone from bad to worse. The party is looking at charging him for speaking outside Jacob Zuma’s criminal trial and the embattled leader has ditched plans to stage a mass rally this week.

Suspended ANC Secretary-General Ace Magashule is fast running out of political options to maintain his influential position within the party after the ANC National Working Committee (NWC) announced on Tuesday it was looking at laying disciplinary charges against him for speaking outside the criminal trial of former president Jacob Zuma last week.

In a statement on Tuesday, the NWC said it, “condemned the unbecoming, divisive and defiant behaviour of comrades Secretary-General Magashule, Tony Yengeni and Carl Niehaus during the recent court appearance of former president Jacob Zuma”.

Magashule was suspended after he refused to follow the party’s step-aside rule and vacate his position after he was charged with corruption regarding a R255-million asbestos audit contract while he was Free State premier.

He is challenging his suspension in court and maintains his innocence regarding the Free State contract.

The ANC NWC said it had tasked the party’s “national presenter”, who acts similar to an investigator and prosecutor in party disciplinary matters, “to look into these breaches of discipline and to investigate charges in line with the ANC constitution”.

Magashule, who was banned from addressing ANC gatherings under the terms of his suspension, last week addressed Zuma’s supporters outside the Pietermaritzburg High Court and said, “I can assure you, nobody under a democracy will ban me. Nobody will remove the ANC from me. Even though we are upset, but we still respect the leadership of the ANC.

“Next time, when we come here on the 26th of May, we will bring the whole of Free State. Not just ANC supporters, the whole Free State. The struggle continues.”

The former Free State premier and former provincial ANC chairperson this week said he’d changed his mind about organising a mass rally, due to concerns over the spread of Covid-19.

Magashule and his “Radical Economic Transformation” faction of the party have long taken populist stances, but are yet to show they have popular support behind their cause.

In a press briefing on Tuesday, ANC Deputy Secretary-General Jessie Duarte said the party’s national presenter is also looking at whether to level further disciplinary charges against Magashule for failing to apologise for trying to suspend President Cyril Ramaphosa from the party.

According to party orders, Magashule was last week expected to apologise for trying to suspend Ramaphosa without a mandate from ANC structures, but he has defied the party’s order.

Instead, Magashule approached the courts in an attempt to overturn his suspension. In his court papers, he argued that he was unlawfully sidelined by Ramaphosa’s faction of the party to ensure the president’s re-election in 2022.

The NWC said it supported the party’s application to oppose Magashule’s court action.

In a further blow to Magashule, the ANC NWC named Mxolisi Dukwana as the head of the party’s Free State interim provincial committee. Dukwana has publicly spoken out against Magashule, telling the Zondo Commission he was “a blesser to many”.

Magashule lacks broad support outside of his Free State networks. By appointing Dukwana to run the province while it looks to elect new officials, the ANC’s national leaders have significantly limited Magashule’s ability to tap into the support from his base.

The secretary-general, who has remained defiant, appears to have few options left, outside of the court, and even that option appears to stand little chance of success. DM