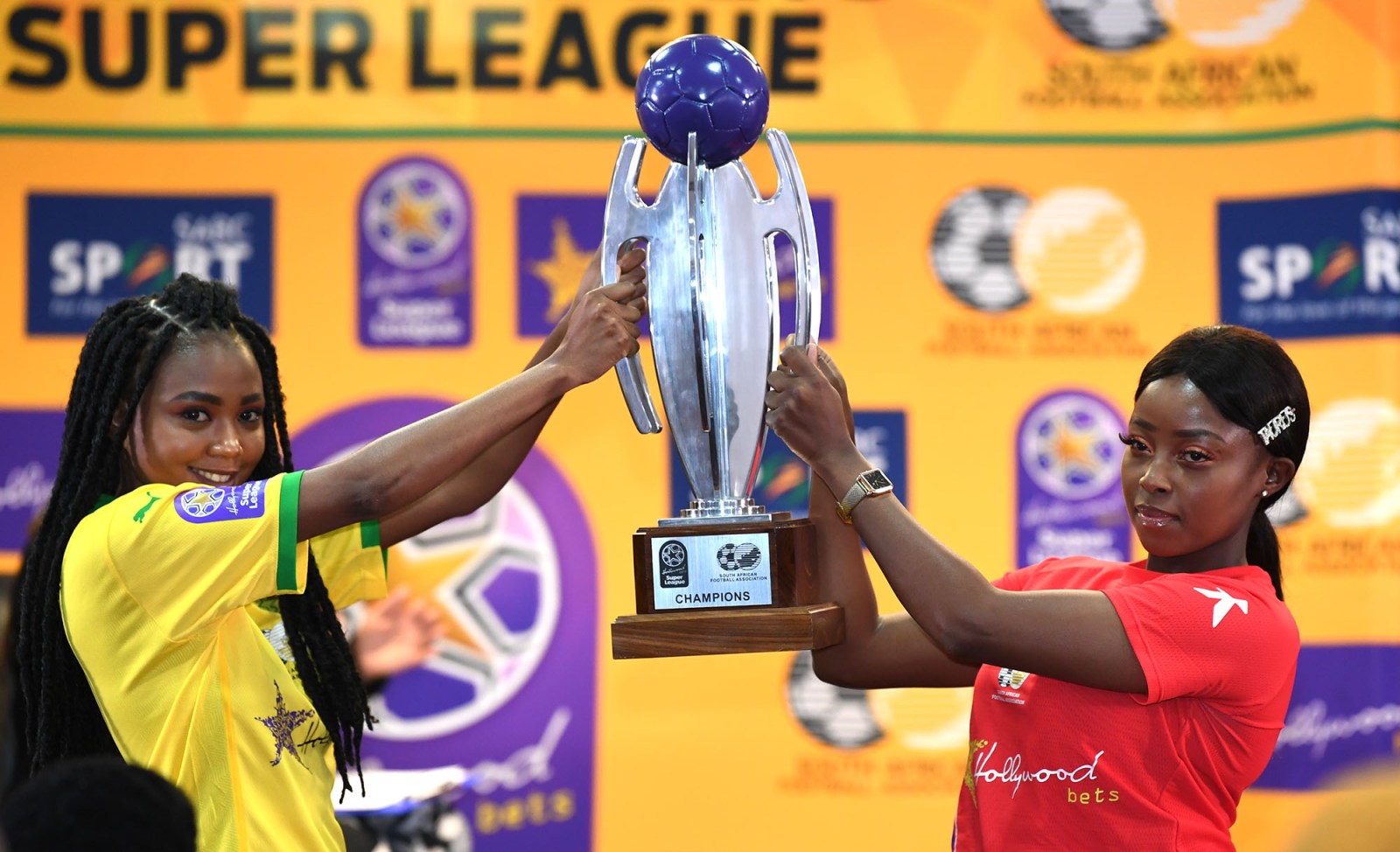 A new partnership between the South African Football Association and Hollywoodbets has transformed the landscape of women’s football in the country. But there remains much more work to be done.

Almost two years since the launch of the National Women’s League by the South African Football Association (Safa), another gigantic stride has been made towards women’s football in the country becoming a self-sustaining and professional sport.

On Tuesday the association officially announced it has gone into partnership with sports betting company Hollywoodbets, which is now the title sponsor for the national league.

“What we needed was for this national league, which is going into its second season, to have a partner,” Safa president Danny Jordaan said at the launch held at the association’s headquarters in Nasrec, Johannesburg.

“And we are very happy that we started the conversation with Hollywoodbets, and of course it was a long conversation. And for the first time in the history of football in this country we have a commercial partner for the national league in South Africa that will now be called the Hollywoodbets Super League.”

The deal is for a year, with the option to renew at the end. It will be worth R17-million, part of which will be redirected towards an increased champions cheque, as well as an increase in grants to teams.

Champions in the inaugural season, Mamelodi Sundowns, walked away with R500,000 for their unbeaten campaign. The champions for the 2021/22 season will pocket four times that amount.

Safa chief executive Tebogo Motlanthe said the winner will pocket R2-million and runner-up R1-million. The rest of the clubs will receive R150,000 each.

“The numbers are set to skyrocket and financially this relationship will help our women footballers. Many will now see football as a professional entity, and we will see an increase in players going overseas to make a career out of football. With Hollywoodbets having occupied such a critical space, football among women players will never be the same,” said Motlanthe.

“It’s just the beginning. This league must still grow, commercially, financially, and the rewards will come in the end. We have created this thing out of nothing and we are going to build it so that [South African] women’s football can rank among the best in the world,” added Jordaan.

Despite the financial injection, the league is not yet fully professional, although this latest development is a major step in that direction.

Some of the players plying their trade in the league have to juggle their football ambitions with day jobs. A future where these athletes, much like their male counterparts, can sustain themselves purely from playing football is often fantasised about.

Hollywoodbets hopes its contribution can help to make the scenario of female footballers sustaining themselves that much more of a reality, as the company’s commercial director, Sandisiwe Bhengu, told the media.

“It’s definitely something that we’re working towards. It’s something we want to see… That figure [sponsorship amount] is what is on the table at the moment. But there’s so much more that goes on behind the scenes, that we’re willing to put forward to ensure that we see the growth of the Super League,” said Bhengu.

The current season, which was expanded to 14 teams from the 12 that initially kicked off the league in 2019, is four weeks old and has seen some scintillating football.

Banyana Banyana and Sundowns defender Bambanani Mbane told Daily Maverick that significant progress has been made in quality since the national league’s debut season in 2019, of which she played half, prior to an international transfer to Belarus.

“First off, it’s important to acknowledge Sasol, which has been through thick and thin with us as female footballers. For us to even reach this point, it is largely thanks to Sasol,” Mbane said.

“As for Hollywoodbets, we greatly appreciate their support. We have been working hard for this type of recognition and this is an opportunity we have been waiting for for a long time. Hopefully, this is just the beginning and other sponsors will come on board,” the defender added.

“You can see that from the first season to now there has been a lot of improvement in quality. Teams want to compete and are showing character even when they lose. This will help attract other sponsors and also have a positive impact on the national team.”

Significantly, a single game from the league is also broadcast every Sunday at 3pm. SABC COO Ian Plaatjes said there is a possibility that more games will be broadcast in future.

The growth of women’s football in South Africa follows a global trend in which there has been a steady rise in the sport, as seen during the 2019 edition of the Fifa Women’s World Cup.

The tournament shattered viewership records. The final between the US and the Netherlands was the most-watched in the global showpiece’s history. It drew an average live audience of 82.18 million, up 56% from the 2015 edition.

Continentally, the Confederation of African Football (Caf) announced the establishment of a Caf Champions League for women, which can only positively benefit African female footballers and also improve the quality of football on the continent.

Internationally, Fifa president Gianni Infantino recently hinted that the world football governing body is working on the inception of the Club World Cup for female footballers.

“My dream is also to see the birth of the very first Women’s Club World Cup. It’s coming very soon. And it will really revolutionise women’s football,” he said. DM