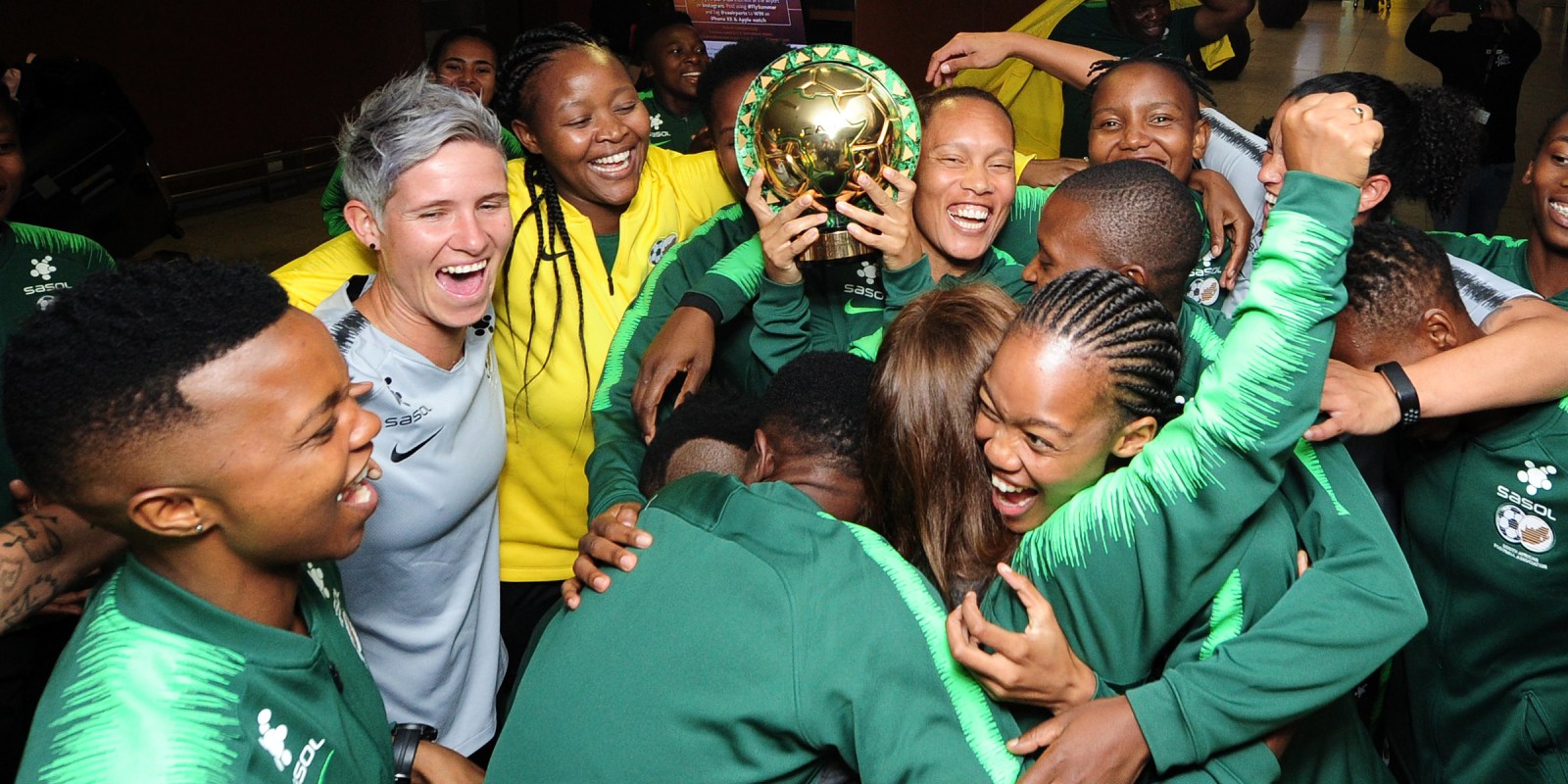 After countless false starts in the last three years with regards to the inception of the National Women’s Football League, it will finally happen this weekend at the Nike Centre in Soweto.

On Thursday the South African Football Association (Safa) launched the long-awaited National Women’s League, the first of its kind on the continent.

However, there were a few worrying takeaways from the gathering at Safa House: there is no official sponsor for the league as yet, the games will not be broadcast, and the league is not a professional one.

Safa president, Danny Jordaan, expressed how elated they were to finally see the league take flight, after having invested about R53-million in its creation over the last three years. Jordaan said the league was necessary to bridge the gap between the provincial league and the national team.

“Women’s football in South Africa had a missing top. We had the provincial league of Sasol and then Banyana Banyana playing international competitions, and there was no national league,” said Jordaan.

The funding that has been allocated to the operation of the league has been sourced from the 2010 World Cup Legacy Trust and is to the tune of R10-million.

Further to this, the MECs for Sports and Recreation from the nine provinces have set aside funds from their respective budgets to contribute to the running of the league. However, there is no official sponsor up to this point according to Safa vice-president Rea Ledwaba. Thus, Safa cannot say much about prize money or individual grants for the teams at this point.

“The prize money will come at the end of the league. We are starting the league now, but we are waiting for the funding that we are guaranteed in order for us to post numbers and not put numbers and come and change them at a later stage. But we have quite some time before we can give a breakdown in terms of the money because it’s not just about prize money but also the grant that explains how we are able to accommodate teams.”

“We have appointed a marketing company and they are in the market already. I know that they have knocked on a lot of doors and a few times, when I was available, I accompanied them and there is a lot of interest,” said the vice-president.

Jordaan added that for now the league games will not be televised, but said they are engaging broadcasters to convince them to carry the games on their media platforms. He stressed that it was important for the media to buy into the idea of the league in order to help it grow.

“That is the problem that we have as a country. We want these matches to be televised because central to strengthening the commercial value and character of this league is television. Television is linked to sponsorship and we continue to work very hard, with the hope that in the next month or so we will be able to get television coverage,” stated Jordaan.

Over and above these nine, the two women’s teams that exist from Absa Premiership teams (Mamelodi Sundowns and Bloemfontein Celtic), as well as the winner of university women’s league (University of Johannesburg), will make up the league.

According to Safa’s Acting General Manager for Football Business, Mzwandile Maforvane, there will be no relegation for the next two years. Mafarvane said that in 2020 two teams will be promoted to the league, then another two in 2021.

Once the teams have totalled 16, the process of relegation and promotion will come into effect. He said the league will be played in a round-robin format and each province will get to host at least a round of matches, with a total of 22 played by each team.

Safa stated that this is not a professional league, but an amateur one, because Safa only runs amateur leagues and grassroots programmes. Only if the Premier Soccer League adopts it and brings it under its administration will it become a professional league. This of course means that many women might still be hesitant to choose football as a long-term career, until such a point that there is financial stability.

Banyana Banyana coach Desiree Ellis made it clear that there is still a lot of work to be done to achieve this, but said it least it was progress, adding: “It’s not where we want to be, but it’s a step in the right direction.”

It was also announced that the league is scheduled around Fifa dates, which means that teams won’t have to be without their best players when the national teams are playing.

The first round of matches will take place at the Nike Centre in Pimville, Soweto, on 24 and 25 August 2019. Six teams will play on each day from 10am, and entrance to the venue is free. DM