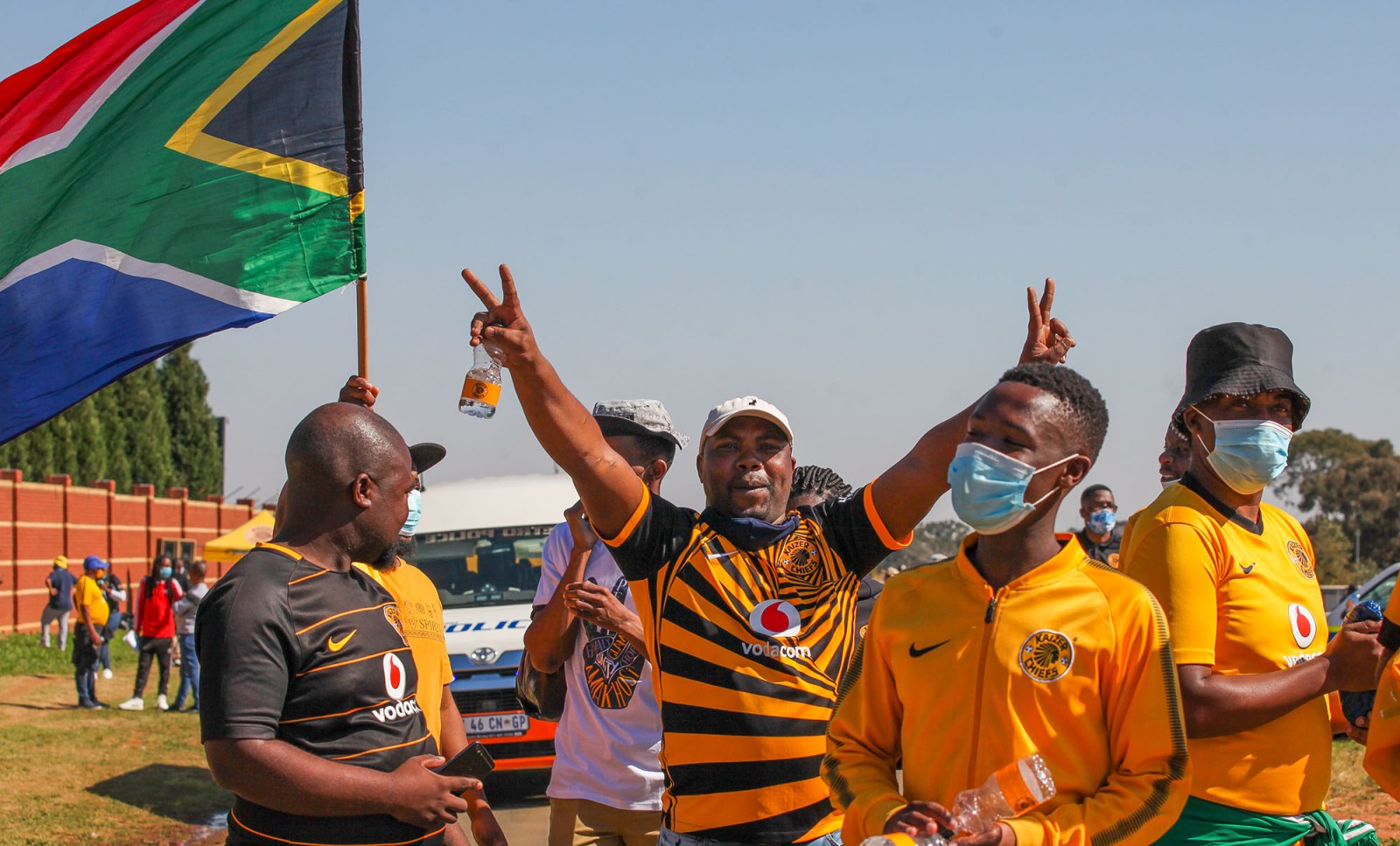 JOHANNESBURG, SOUTH AFRICA - MAY 14: Kaizer Chiefs supporters march to the club headquarters in Naturena during a peaceful fan protest on May 14, 2021 in Johannesburg, South Africa. It is reported that the supporters voiced their discontent with relevant Kaizer Chiefs authorities. (Photo by Gallo Images/Sharon Seretlo)

Fed up with their team’s patchy form this season, and a silverware drought of six years, about 100 Kaizer Chiefs supporters took to the streets of Johannesburg to voice their concerns.

Aggrieved supporters of Kaizer Chiefs followed through on their plans to protest at the team’s headquarters, although the turnout was lower than anticipated.

A handful of the club’s fan base gathered at the Kaizer Chiefs Village, in Naturena, south of Johannesburg. They handed over a memorandum of demands, which ranged from an improvement in poor communication from the club to the overhauling of an ageing squad.

“Last season we lost the league on the last day of the season. But it remained business as usual for the club. There was absolutely nothing said to the supporters, no words of comfort or encouragement to indicate that the club feels our pain,” said Amakhosi supporter, Papi Mosothoane, reading from a four-page memorandum.

The club’s marketing director Jessica Motaung and her brother Kaizer Motaung Junior, were on hand to receive the memorandum outside the Village.

“We have become the cash cows. The only type of communication we receive from the club is when our loyalty is exploited to sell merchandise and various products for the different companies that sponsor the club,” continued Mosothoane.

“We demand a squad overhaul, as promised by the club on 18 April 2018. The squad overhaul must address our lack of quality and depth. But critically, it should also be done with the objective of refreshing the team and bringing the average age down.”

Amakhosi have not won a major trophy in six years, and are on the verge of finishing outside the top eight for the second time in three years. This lack of form has left the Amakhosi faithful seething and lamenting the apparent lack of urgency from the club’s management to rectify the situation.

Motaung, in response to the grievances, said they would be carefully looked at and responded to. The supporters gave her management team three weeks to do so.

“I’m not here to make promises today, I can’t,” she told fans. “But what I can do, and what we all commit to, is to take these issues you have tabled to the highest level of the organisation, and then make sure that they are attended to.”

“I know we’ve made mistakes on our side. But I do know that we can overcome… Yes, change is needed. But let’s be honest, it’s a process. We didn’t get where we are yesterday. It’s a process.”

A welcome tonic for Amakhosi and their domestic struggles has been their form in the CAF Champions League, which sees them currently in the quarterfinals along with Mamelodi Sundowns, who are mainstays in the competition.

Amakhosi have reached the CAF knockouts for the first time in their history. However, despite acknowledgment of this achievement, the supporters said it shouldn’t be used as a bandage to cover a gaping wound.

“We acknowledge the strides made in reaching the quarterfinals for the first time in our history. But this shouldn’t be an achievement when clubs with lesser resources play CAF football regularly,” read the memorandum.

A huge contributor to Amakhosi’s struggles has been the two-window transfer ban that was imposed on the club by world football governing body, Fifa.

This related to the club’s signing of Malagasy midfielder Andriamirado Andrianarimanana, which Fifa deemed to have been illegal as the player was still contracted to a team in his home country, Fosa Juniors.

The supporters said such transfers, where the club tries to save money by signing unknown players, was also an issue.

Even supporters of rival teams joined the peaceful protest. Orlando Pirates supporter Maswele Ralebona told Daily Maverick that even though Chiefs is a rival, it is important for South African football that they thrive.

“In the Premier Soccer League [PSL] we need competition. It cannot be that Kaizer Chiefs, as a team that we’ve known for years growing up, having to choose between Pirates and Chiefs, then we have Kaizer Chiefs playing as bad as it’s playing now,” said the 34-year-old.

“Everybody in South Africa knows that there’s no PSL without Chiefs or Pirates. So as a Pirates supporter I’m here to say to the Motaung family, and their brand, what they are doing now, their performance. It’s disappointing.”

Amakhosi will clash with Tanzanian side Simba on Saturday evening. Meanwhile, the other South African side in the competition, Sundowns, will take on defending champions Al Ahly, which is coached by SA’s Pitso Mosimane. This clash will also take place on Saturday night. DM