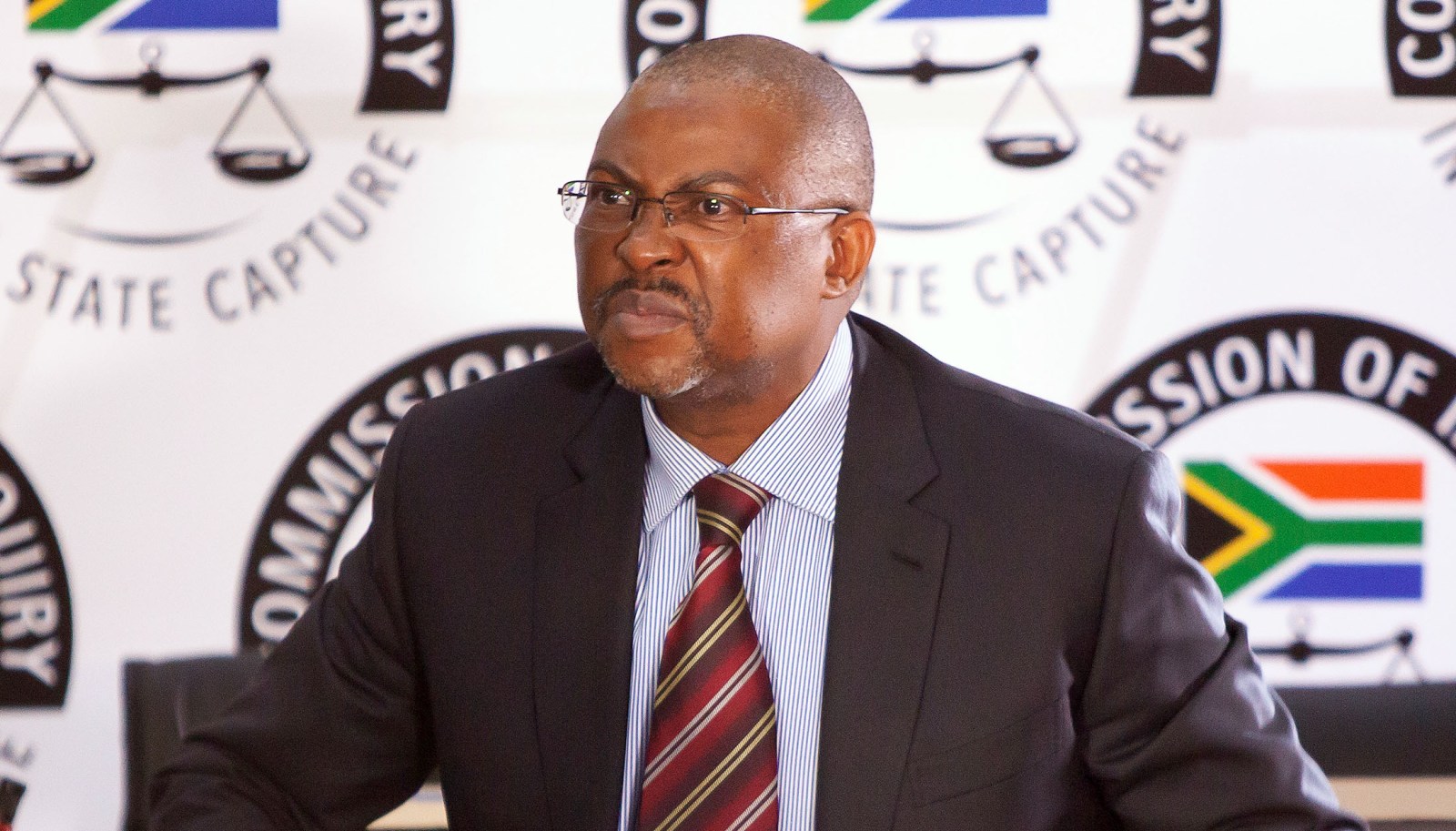 ‘Fiction.’ This is how Siyabonga Gama described allegations made by a protection officer about cash that he claimed Gama had received from the Gupta family and their associate Salim Essa.

Appearing before the State Capture Commission on Monday 26 April, the former head of Transnet, Siyabonga Gama, said allegations that he received cash from the Gupta family and their associates were “fiction”. Gama returned to the commission after testimony from a witness about amounts of cash that were seen in Gama’s car.

During previous testimony before the Zondo Commission, Witness 2 made the following allegations against Gama:

‘Witness 2’ is an alias given by the commission to Gama’s former security officer. Due to threats made against this witness and two others, Zondo ordered their names be redacted from affidavits provided to the commission and that they be provided with security protection.

During his appearance on Monday, Gama denied these allegations, labelling most of them as “fiction”.

However, he confirmed that his driver “may have” dropped him off on at least one occasion at the notorious Gupta family home in Saxonwold, Johannesburg.

When evidence leader Anton Myburgh SC asked if he recalled leaving the Gupta home with bags of cash – some of which were allegedly put in Jiyane’s vehicle – Gama said that “never happened”. Myburgh then asked Gama whether he introduced Salim Essa to Witness 2 and Gama denied this, despite Witness 2 providing the commission with images of the person he identified as Essa.

On another occasion, Witness 2 claimed Gama had given him R50,000 in cash after they left a meeting with Essa. However, Gama pointed out inconsistencies with Witness 2’s statements, which included times he could not have been with Witness 2 because he (Gama) was at meetings and time stamps did not match with Gama’s records.

“None of these things happened… it’s fiction,” said Gama.

Myburg questioned Gama about testimony that he had accused Witness 2 of stealing  from him. Gama said, “I never accused him of stealing… There was no money to be stolen.” He said Witness 2 was “putting flavour” such as “Rajah and marsala curry” on his story. Gama also questioned why he would have money “lying around and not in the bank”.

Gama made a startling claim that Witness 2 was being “coached” by someone. When asked by Myburgh who was coaching Witness 2, Gama simply said, “I would not know.”

Gama questioned a report which claimed that Witness 2 met with Popo Molefe, the then non-executive chairperson of the board of Transnet. It was Molefe’s board that fired Gama from Transnet in 2018. In May 2019, during his appearance before the commission, Molefe accused Gama of corruption at Transnet.

When asked by Judge Zondo why Witness 2 would make such allegations about him, Gama said: “Chair, I think Witness 2 is aggrieved… aggrieved because he thinks if it were not for me, he would not have resigned.” Gama accused Witness 2 of committing “acts of dishonesty”, but did not specify what these acts were.

Myburgh said that according to Witness 2, his and Gama’s relationship soured in November 2017 after Witness 2 refused to transport Gama’s “close friend” – who was not named – during non-official work trips.

But Gama refuted this and said the relationship broke down in August 2017, when Gama discovered through CCTV that Witness 2 had sprinkled brown powder – “muti” – at Gama’s property. Gama said the commission was dealing with a person who lost his job and who now thinks Gama was “an enemy”.

“I pray for him,” said Gama about Witness 2’s concerns for his safety and claims of drones flying around his house.

Judge Zondo said Gama would return to the commission at a date to be confirmed. DM