The end of the R350 Covid social relief grant by the end of April will be a breaking point for the already vulnerable population in South Africa. (Photo: EPA-EFE / KIM LUDBROOK)

The R350 Social Relief of Distress Grant is coming to an end at the end of April. Its applicants and beneficiaries are certain extreme hunger is their future. 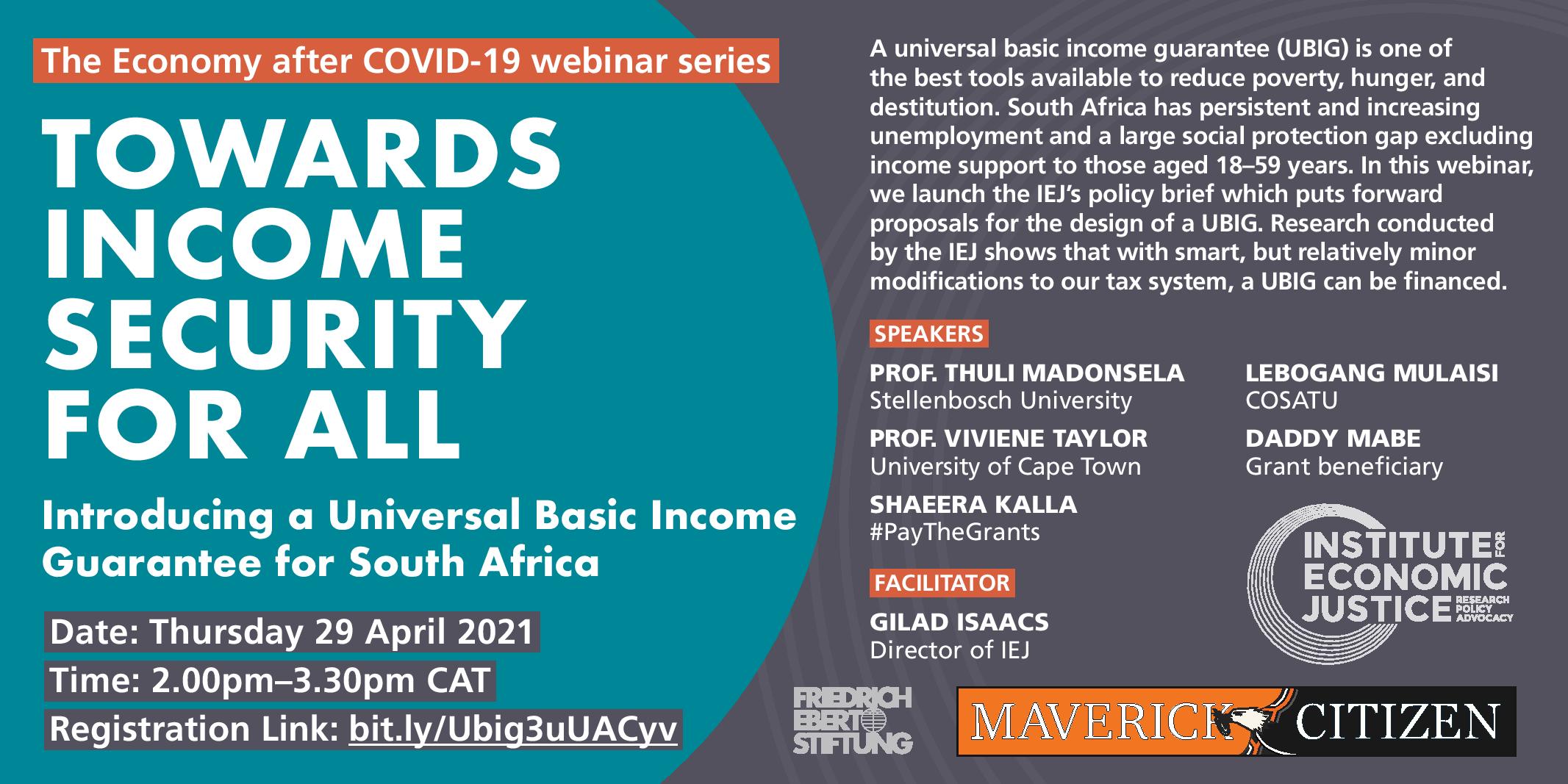 The inception of the Social Relief of Distress (SRD) Grant in May 2020 to help with hunger relief was the first of its kind in the history of South Africa. It has since been preventing acute hunger for more than six million people.

This week a few SRD Grant applicants and recipients from Johannesburg, KwaZulu-Natal and Cape Town shared their experiences and concerns with Maverick Citizen.

According to Mzwandile Sithole from Roodepoort in Johannesburg’s West Rand, being informed that the only source of income that guarantees you a plate of food is coming to an end is a “hard pill to swallow”. Sithole is actively looking for employment and has been surviving on the SRD Grant since it was first introduced.

“On top of the job hunt stress that I have, now I will have to worry about food. I don’t want to venture into illegal activities to eat. It will be great if the government extends the grant”.

Nondumiso Dlamini from Bergville in KwaZulu-Natal said despite the R350 covid grant being too small to cover her and her family’s monthly food bill, the grant had kept them afloat. The cut-off means they are back on the streets to beg.

“The least we could buy from the grant is a 12.5kg bag of maize meal at R130, two litres cooking oil at R50 and canned foods to go with the pap. It’s better than nothing as we don’t have to be a great nuisance as beggars,” said Dlamini.

Eugene Florence from Tafelsig in Cape Town said he could see the grant had helped those who have benefited, but that he had not been lucky enough to receive it. He had no doubt the grant would have helped to lessen his hunger.

In its 2021 Budget submission, the Budget Justice Coalition (BJC), a collaboration of civil society organisations, argues that ending the R350 Covid social relief distress grant at the end of April will be catastrophic and will heighten hunger, uncertainty, vulnerability and accelerate a breakdown of the social fabric. The BJC suggests the Covid grant be extended and increased to the food poverty line of R585. Stats SA adjusts the food poverty line in accordance with South Africa’s inflation rate.

Activists including Joanie Fredericks of Tafelsig in Cape Town and Shaeera Kalla from the C19 people’s coalition and #PayTheGrants campaign are in agreement that the Covid grants should be extended and increased to the food poverty line.

“It is sad to see old and young people sleeping at post offices just to be in front of the queues to get the grant so they can get something for the family to eat. The grant cut-off will be a disaster. Just imagine how that will impact communities with the virus third wave, coupled with winter getting closer,” said Fredericks.

“The conditions that justified its implementation have not changed, hence I don’t see why the Covid SRD Grant can’t be extended until the government provides permanent social assistance for eligible applicants and beneficiaries,” said Kalla.

“We have witnessed the government extend the Covid loan scheme to businesses; why are the most vulnerable households not seeing similar extensions for support through this once-in-a-century global pandemic?

“We have written to the government multiple times and they have ignored our urgent requests to meet.”

Kalla says that civil society is still trying to engage with the government and is planning protest action in the last week of April. Their demands are for:

The National Treasury told Maverick Citizen that no decision had been made on extending the Covid-19 Grant.

“As things stand currently, the relief grant is coming to an end as per the previously announced date. In addition, the mandate for managing the policy of social assistance in South Africa is within the ambit of the Department of Social Development”, it told Maverick Citizen.

The Department of Social Development had not responded by the time of publication, despite being given several days to do so. DM/MC