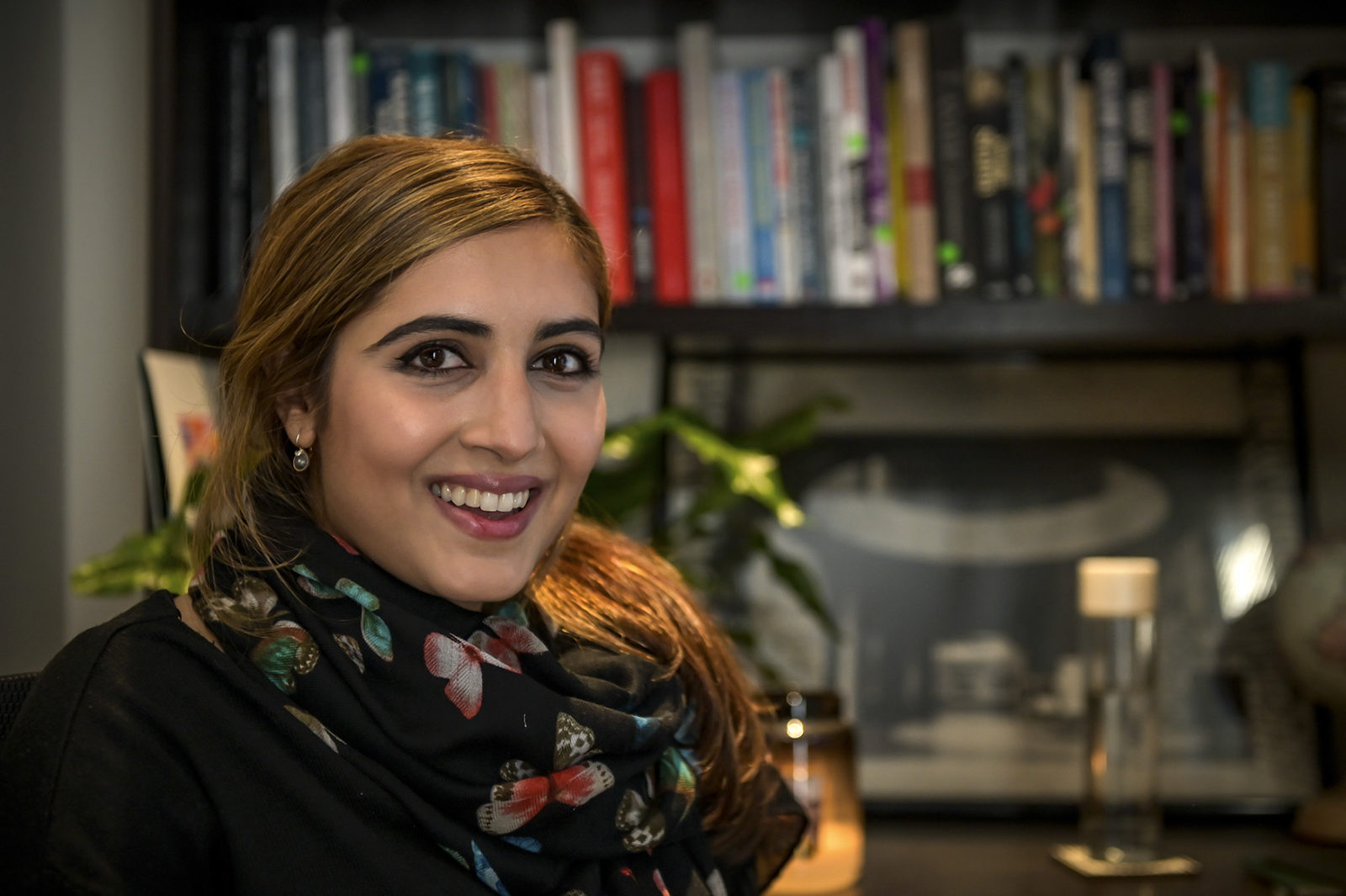 From #FeesMustFall to #PayTheGrants, Shaeera Kalla is ready for whatever the next struggle looks like as long as it’s fighting for a more just world.

Five years ago this month a hashtag changed South Africa. #FeesMustFall became a rallying cry on university campuses across the country. It was a line drawn in the sand, also a point of no return.

On good days Shaeera Kalla, who was one of the Wits University student leaders who organised the #FeesMustFall protests, reflects on victories in mobilising, the triumph of students becoming a collective force to make themselves heard and on how the protests shifted the agenda. It resulted in resolutions to fund the “missing middle” (those who are poor, but not poor enough to qualify for student funding). The protests that year ended with the government announcing that there would be no tuition fee increases for 2016. But by 2016 the education minister gave the green light for increases for 2017 up to a cap of 8%.

Most days though, Kalla, who was the outgoing SRC president at the time, is thinking about how there’s no time to waste in getting on with what still needs to be done to create the fairer world she wants to live in.

“The movement really was just the tip of the iceberg. That’s why it’s difficult for me to say I’m proud of what we did, or that we made a mark on history – it’s still an incomplete story,” she says.

There are old scars too, they throb still. It’s the three students – Benjamin Phehla, Katlego Monareng and Mlungisi Madonsela – who lost their lives in student protests over the past five years; it’s a deepening culture of police bullying and brutality and also the realities of the mental health burden that’s lingered for many who suffered injuries and arrests.

And then there were betrayals within the student leadership, backdoor meetings for trade-offs and a souring of public support when the movement was increasingly cast, Kalla remembers, as “enemies of the state about to destabilise the country”.

Five years from that spring of 2015 have given Kalla gifts of time and distance. She graduated with her degrees from Wits and left South Africa in 2018 to do a master’s degree at Oxford University. Her research focused on the political economy, the gig economy and labour.

“I did get a lot of criticism for essentially going to the heart of the coloniser – but for me, being in Oxford was a way to step aside from having to deal with every emergency,” she says. She got to reflect on the need for self-care, also the reality that student politics is something that one does transition from.

But Kalla can’t escape her ideology. She’s always believed in showing up and taking a stand. She did this the first day she arrived on campus and still believes in drawing more people together to understand the complexities of why systems that are unjust deserve to be challenged.

She returned from the UK to South Africa at the end of 2019 and this year took a freelance job doing research into political economy.

“I wanted to leave enough time in the week to experiment with filmmaking and permaculture for food sovereignty,” she says.

She’s also been active in the C19 People’s Coalition, pushing for the government to make good on the R350 grants set aside for vulnerable adults.

“In the mid-term this is a fight for a universal basic income,” she says.

Kalla’s ultimate push is to reshape economics and to reimagine values and systems so that dignity and wellbeing don’t come with price tags.

“Economics is still used to maintain an unjust status quo. But change doesn’t happen in a vacuum, it can’t be hyper-localised, it has to be part of a global ideology so we get to having a more generous mindset,” she says.

Kalla calls it “ecosystem thinking’ – people bringing their strengths to the party and creating more inclusive definitions of value and skill. A system that is the opposite of self-preservation and ego and one that exposes a scarcity mindset that keeps people believing that the more you give or give up the less you have.

She believes the struggle towards undoing the shackles of xenophobia, gender-based violence and environmental injustice can be possible, in a web that supports more people.

“I get called mad a lot – that’s okay. My dad, who’s a businessman, I think sometimes would prefer that I just get into the business world,” she says laughing and invoking Thomas Sankara at the same time.

But just as she’s grown away from student activism, she’s also long ago walked away from letting others do the deep thinking for her.

She thinks through things on long walks, or long drives with the music turned up. She’s musing about taking up beekeeping as a hobby. There’s surrender to her religious practice and building her life as a newlywed. She and her husband are known to have cook-offs (both being pretty damn good cooks, she insists), and, being film buffs, they binge-watch doccies and South Korean films together.

#FeesMustFall in all its intensity and complexity will always be part of her journey but these days she’s inclined to moderation in all things, she states on her Twitter bio. But it’s moderation with a Shaeera Kalla qualifier: “Everything in moderation, except the pursuit of justice/free, decolonised, quality education”. It’s because A luta continua has always been more than just a slogan for her. DM/MC