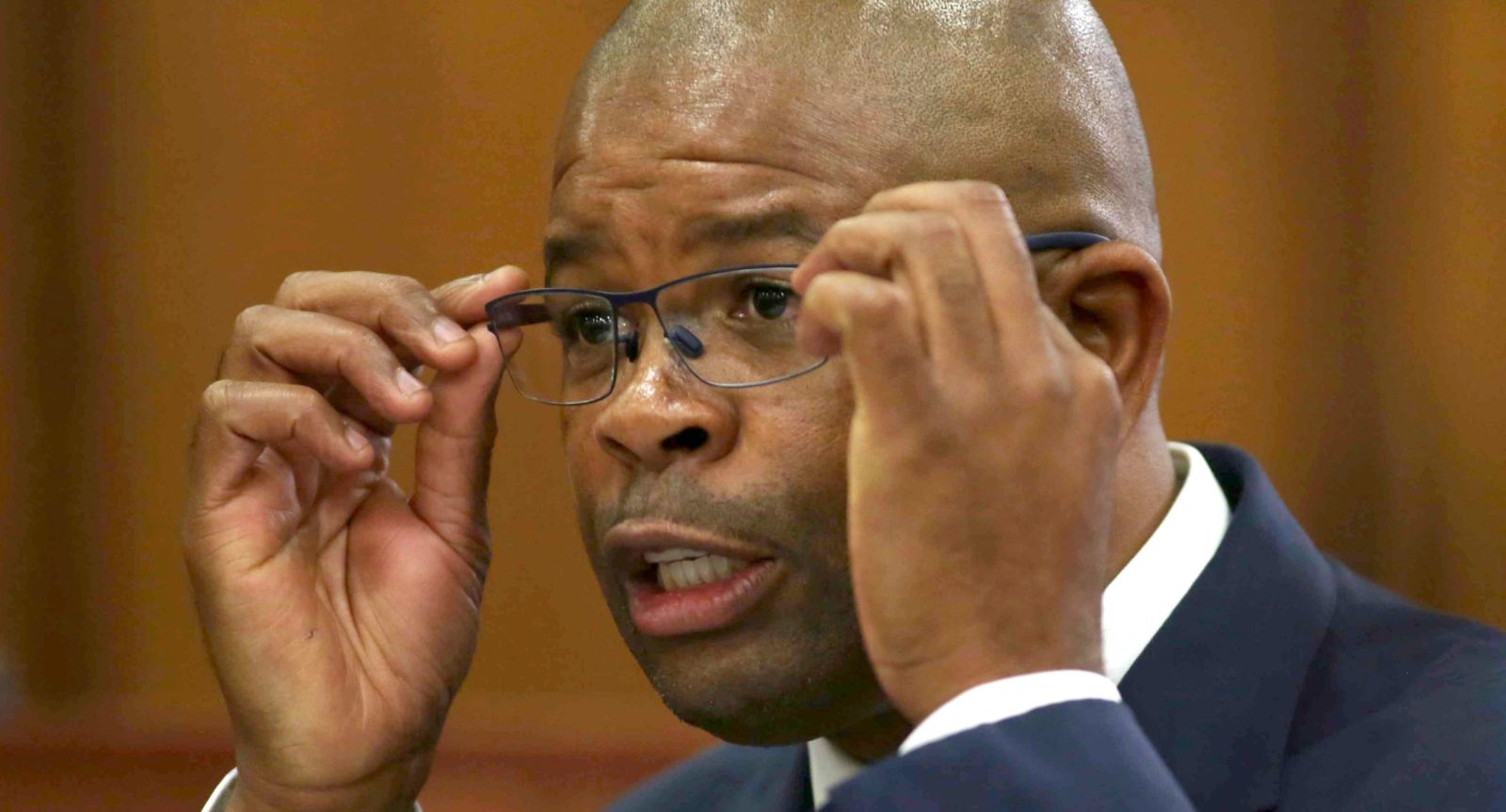 There were moments during Tuesday’s testimony before the Commission of Inquiry into State Capture by former Prasa CEO Lucky Montana that gave a glimpse into his disconcertingly topsy-turvy view of the world.

Previously appearing before the commission, Montana has protested his innocence in the face of former public protector Thuli Madonsela’s damning “Derailed” report, findings in numerous investigations by Werksmans Attorneys instigated at the behest of former board chair Popo Molefe, and testimony by Molefe and three senior Prasa executives.

He also claimed a High Court judge, a full Supreme Court of Appeal Bench, and by inference, the Constitutional Court, were all wrong when it came to what happened on his watch at the Passenger Rail Agency of South Africa (Prasa).

Tuesday’s hearing continued the theme as evidence centred on a contract Prasa entered into with Prodigy Business Solutions, a company that had Durban businessman Roy Moodley, who is believed to have been a benefactor of former president Jacob Zuma, as a director.

Evidence leader advocate Vas Soni presented allegations to Montana contained in an affidavit deposed by Prasa general manager of Group Legal Services, Fani Dingiswayo, that Prodigy, which had billed more than R100-million for conducting training for Prasa since 2010, was irregularly appointed.

This was an assertion Montana vociferously opposed.

He stated Prodigy had obtained accreditation from the services SETA (Sector Education and Training Authority) and approached Prasa in 2010 to conduct customer service training for 300 employees. This fitted in with Prasa’s plan to create a centre for excellence situated behind Johannesburg’s Park station.

As Prodigy had bursaries from the SETA for the learnerships, Montana believed the contract could be confined and not put out to tender.

Investigations have found there was no basis for confinement of the Prodigy contract, yet Montana told commission chair Deputy Chief Justice Raymond Zondo he chose to enter a “partnership” with Prodigy, signed on 11 October 2010. Prodigy was to be paid R28.8-million for the training.

Of this, R18-million was reimbursed by the SETA as it provided a R6,000 bursary per learner. The additional R10-million was paid by Prasa for related expenses such as venue hire and catering.

An addendum to the Prodigy agreement was later added in August 2011, with a further aspect to the agreement added in October 2012, resulting in Prodigy being contracted to train 3,000 learners for an amount of R72-million, or R24,000 per learner.

Questioned by Soni on the fourfold increase in the cost per learner after the agreement had been extended, Montana said it was “a completely new programme” which was “much more detailed” as it included teaching participants about the business, “the management of processes”, value chains and the “technical skills required”.

Sticking to his view that the supply chain confinement of the initial agreement with Prodigy was valid as it held the bursaries from the SETA, Montana admitted that perhaps a new contract should have been entered into for the further training, rather than adding to the original contract.

However, he stressed Prasa got value for money from the training conducted by Prodigy.

This was where Montana revealed his ability to flip reality.

“Today as I come here, chair, employees — the trade union called me to say, you know our people have been trained, they haven’t been given their own certificates and they want those certificates because for them, if they were to be retrenched today they’ll be able to go to any customer services business and use this.”

Rather than participants not receiving their certificates a decade later raising questions about the training provider, Montana presented it as proof of the value of their training.

Dingiswayo, with Prasa head of legal risk and compliance Martha Ngoye, who has also brought evidence against Montana to the commission, played a central role in highlighting irregularities in the Prodigy contract and halting Prasa payments to the business.

… in an apparent reference to Zuma’s refusal to return to the commission, and perhaps revealing why he has given Montana space to speak at length in his own defence, Zondo said he wished Montana had appeared at the commission much earlier.

This has resulted in an ongoing court dispute, with Prodigy seeking its payments. Ngoye and Dingiswayo’s attempts to prevent irregularities, maladministration and alleged corruption under Montana’s watch led him to fire them in 2015, prior to his own resignation after clashes with Prasa board chair Popo Molefe. Both Dingiswayo and Ngoye were later reinstated at Prasa.

Soni raised the fact that the Prodigy contract was signed a year after Zuma became president and after Moodley had stopped paying Zuma R64,000 a month from another of his companies, Royal Security, which also had a contract with Prasa.

“I don’t know about a relationship between Zuma and Moodley,” said Montana, further stating that Royal Security was “not appointed by us (Montana and former board chair Sfiso Buthelezi).”

The contract with Royal Security, he said, pre-dated his appointment as CEO and he blamed extensions to the contract on people within the Prasa bid adjudication committee, such as Ngoye.

Soni reminded Montana that he did not say Royal Security was improperly appointed. However, Soni said, given Moodley’s financing of Zuma, there was “a cloud” over a company linked to Moodley.

This led commission chair Justice Zondo to give a rare lecture to Montana, whom he has seemed to allow a lot of wriggle room.

Zondo said when the commission first began hearing oral evidence in 2018 he gave investigators a memo stating it was important they “investigate whoever, irrespective of their position at the moment or in the past or what it is likely to be in the future”.

“That is in black and white,” said Zondo.

He made no mention of the burglary of the commission’s offices this past weekend, nor the bullet fired into its library window the weekend before, but did say people accused the commission of “certain things” despite not providing evidence, in the hope of causing the commission to falter because it would be scared of being accused of being factional.

Zondo reiterated: “We do what we are required to do and in so doing we are fair. It doesn’t mean we agree to everything, but we are fair.”

Then, in an apparent reference to Zuma’s refusal to return to the commission, and perhaps revealing why he has given Montana space to speak at length in his own defence, Zondo said he wished Montana had appeared at the commission much earlier.

“People may have seen well, if you appear there you will be heard.”

Montana went on to stress he had nothing to do with Zuma or the Guptas.

He said the damning Derailed report and scores of findings against him in investigations by Werksmans Attorneys were intended to link Prasa to Zuma.

“The only thing that may have brought us close to the Guptas was the SABC breakfast,” he said. “Other than that there is nothing.”

He said if he was to be hanged for his sins, it wouldn’t be because he was linked to Zuma.

The commission continued with an evening session on Tuesday, hearing evidence from the Inspector-General of Intelligence, Dr Setlhomamaru Dintwe.

Eskom-related evidence is to be heard on Wednesday from an expert witness from Quintessence Digital Forensics, Professor Cecil Louwrens, with Montana expected to also return during the course of the day.

An evening session on Wednesday will continue to hear further evidence from Dintwe. DM