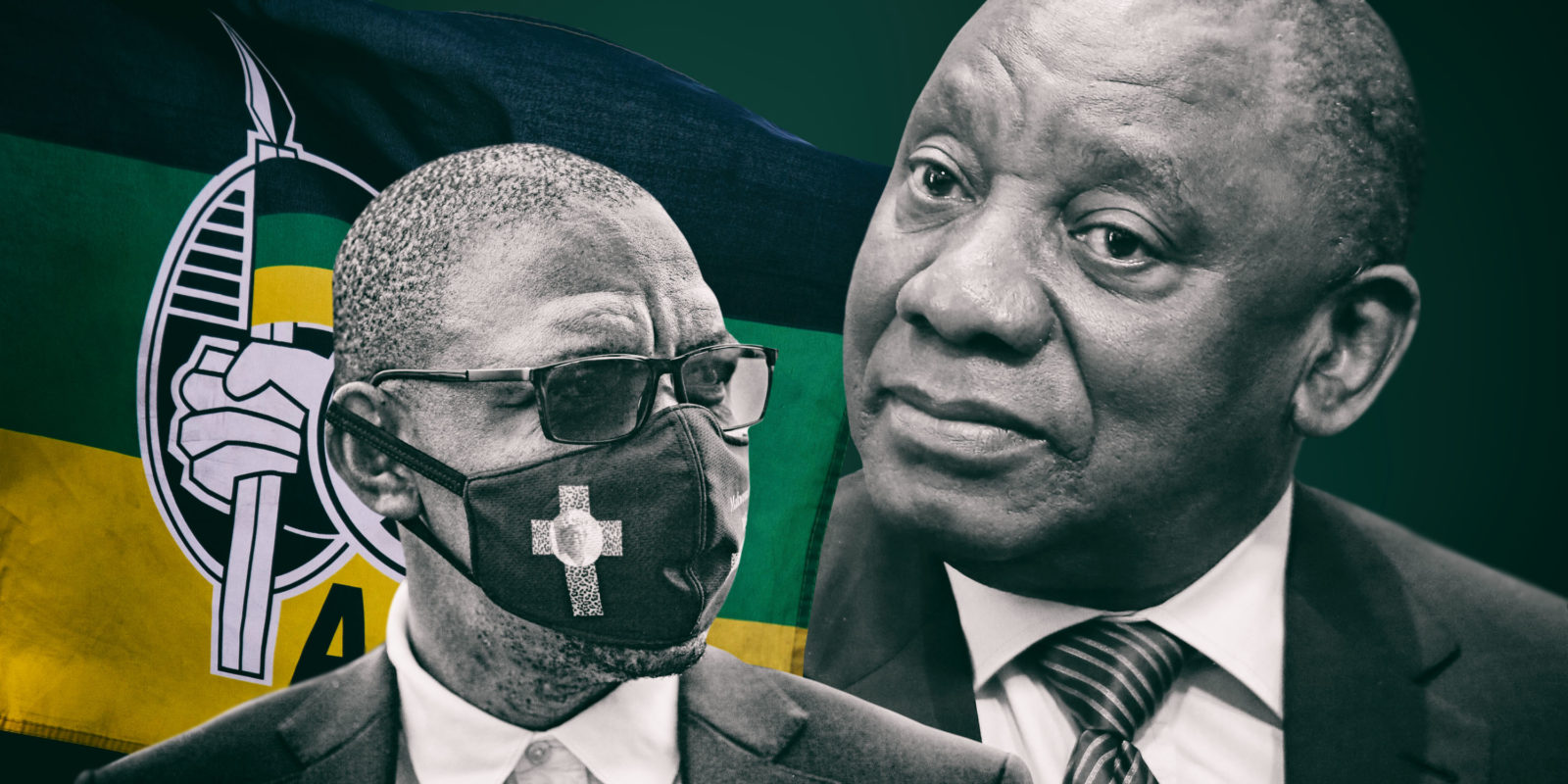 South African politics, dominated as ever by the ANC, appears to now be consumed by a conflict between President Cyril Ramaphosa and ANC Secretary-General Ace Magashule. However, even a cursory reading of the past few years of South African history shows that our politics has always been driven by a battle between two big personalities in the ANC.

What’s happening inside the ANC these days is obviously not just about the personalities involved, and it could be structural in nature. Even after the conflict between Secretary-General Ace Magashule and President Cyril Ramaphosa has resolved itself, there will almost certainly be yet another dispute between two major figures in the party.

It is astonishing to look back over the past 15 or 16 years and see how many times the dominant political issue has involved a tussle, a long-running dispute, between two people within the ANC.

Now it is Magashule and Ramaphosa.

Before that, heading up into December 2017 it was Ramaphosa and the then president, Jacob Zuma.

In the first half of that year, and for about two years before that, it was the then finance minister, Pravin Gordhan, vs Zuma.

Before that, briefly, Zuma had to beat off a relatively low-energy challenge from the then deputy president, Kgalema Motlanthe, at the ANC’s 2012 Mangaung Conference (a possible explanation of Motlanthe’s rationale for running for the position, when he knew he would lose, was to force Zuma to make Ramaphosa deputy president of the ANC, thus ensuring Zuma’s presidency would not have ruined South Africa totally).

To go even further back is to be reminded of the long tussle between the then ANC Youth League leader, Julius Malema, and Zuma. And to remember just how important it was that Zuma had to win the battle against the radical propositions (and in particular the nationalisation of the mines) that were being argued for by Malema.

And before that, perhaps the fight that really set the scene for everything that happened afterwards and determined where we are now was the ANC’s Polokwane battle, and the events leading up to it, that saw Zuma defeating the then president, Thabo Mbeki, on his way to successfully capture the SA presidency.

Of course, some of those involved may say that this was never about personalities at all, that rather it has only been interpreted or reported as such by lazy, or downright bad, or fake media.

It is true that each person involved has represented a faction or a group. And it is also true that in the journalistic exercise of explaining very complicated political processes it is easier to discuss the “CR faction” vs the “RET faction led by Ace Magashule” than to discuss complex issues of fiscal policy and the possible nationalisation of the SA Reserve Bank.

But it is also undeniable that each of these battles did have policy consequences.

Malema’s defeat on the issue of mine nationalisation prevented a big change in government policy on the issue; Zuma’s victory at Polokwane on the back of support from Cosatu and the SACP resulted in what the ANC itself sometimes calls “nine wasted years”; Zuma’s contest with Gordhan perhaps resulted in “his” loss at Nasrec and so on.

In our current situation, some might believe the stakes are equally serious — that if one faction wins there will be more corruption and a lack of accountability, while if the other wins there may be economic reform and a deepening of democracy.

But this continued trend of contestation between two figures, representing two factions within the ANC, must surely indicate structural issues within the party.

First, it suggests that there is continuous, and increasingly vicious, contestation for control of the party (and the country).

While none of the other parties has come close to governing, none of them has had this kind of zealousness and intensity of internal fighting.

Considering the nature of the intra-ANC conversations, and their emphasis on fighting through opposing economic policy positions, this may just be a reflection of what the party would call “class contradictions” within it, that members represent different classes, and thus want different policies.

For a society defined by racialised inequality, it would be no surprise to find that a governing party that amounts to such a broad church would then have such arguments within it. Policy would matter in different ways to different groups and so they would fight over it.

There may also be a geographic consideration to this.

The fact that it was the ANC province of Gauteng that opposed Zuma for so long may be a reflection of its urban nature.

Some of the ANC’s critics (both inside and outside the movement) may suggest that the real issue is that ideology has left the building entirely, that there is no principle at stake, but rather this is simply and only about the fight for political power, and access to the resources that come with it.

This would explain how the ANC, despite being in a weaker position than it has ever been, still continues to have these internal ructions. It would also explain why the Gauteng ANC, despite being just one seat away from losing power in the provincial legislature, could still see such vicious factionalism.

If this is the case, if ideology has left Luthuli House, the fighting will never stop — it will just get more intense.

This could mean that even when, eventually, the tension between “CR and Ace” is resolved, it won’t be long before another very similar dynamic replaces it.

Despite being the world’s oldest liberation movement and very aware of its history and dangers of personality clashes, the ANC is condemned to repeat this many more times. DM