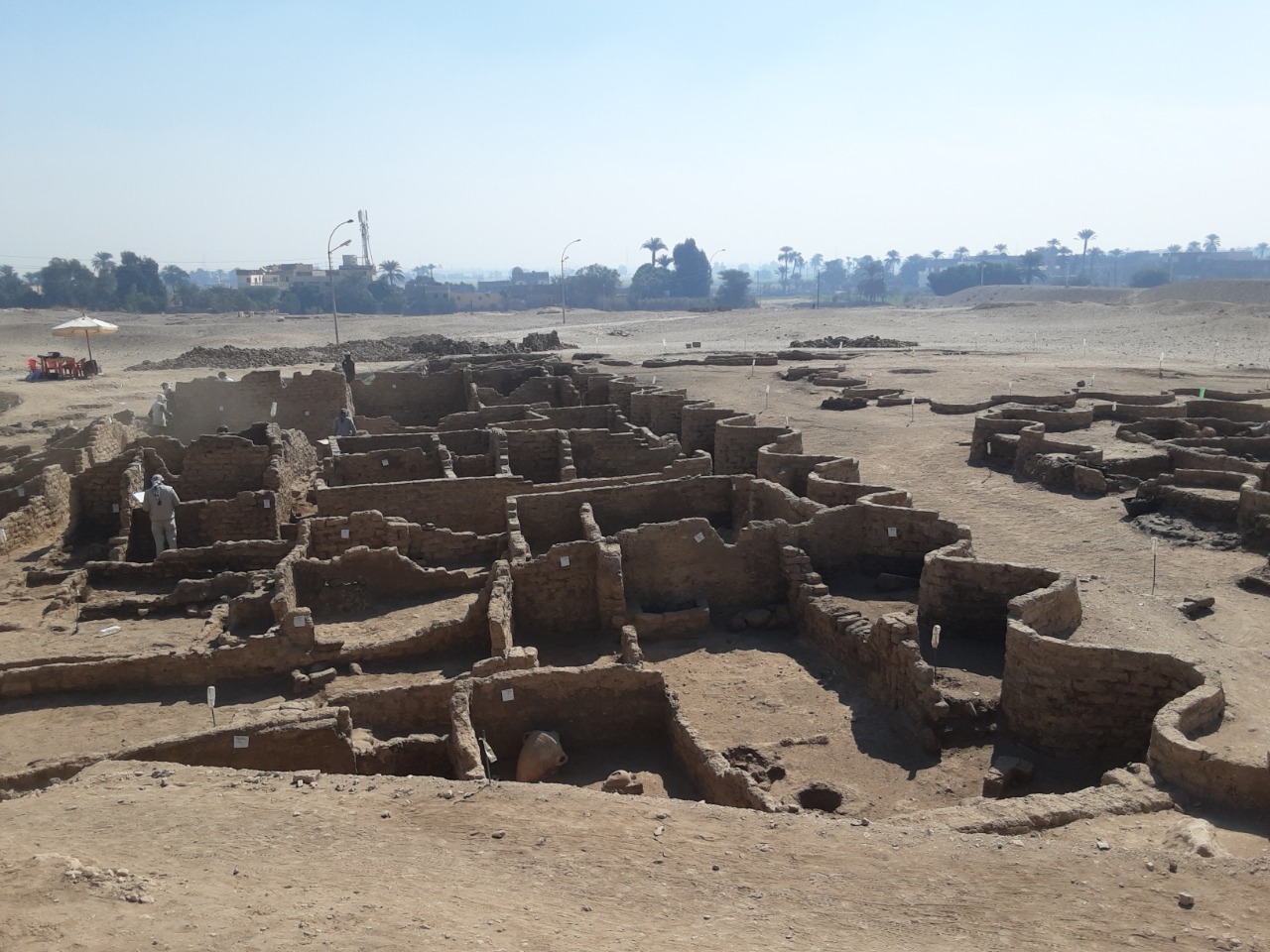 The discovery of a 3,500-year-old city in Egypt has been hailed as the second most important archaeological find since Tutankhamun’s tomb in 1922 and will shed light on the lives of ancient Egyptians.

Amenhotep III has not been among the most famous of the pharaohs. But that could all change after the recent discovery by Egyptian archaeologists of the vast city he built near Luxor in Upper Egypt more than 3,500 years ago.

The discovery, by a team led by Egyptologist Dr Zahi Hawass, a former minister of antiquities, is adding a new dimension to the understanding of ancient Egypt, throwing light on Egyptians’ ordinary life and not just their religious life and afterlife.

The Egyptian government believes this “Lost Golden City” – also called the “Rise of Aten”, will become a major new attraction for tourists, boosting the overall volume of foreign visits to Egypt, which the country relies on for much of its foreign exchange.

“So important was Amenhotep III that [the better-known] Ramesses II almost made it his business simply to take over his monuments, but Ramesses III did as well, filling Medinet Habu with statues and columns stolen from Kom el-Hettân,” Betsy Bryan, professor of Egyptology at Johns Hopkins University in Baltimore, US, told DM168.

Amenhotep III, probably Egypt’s wealthiest pharaoh, reigned from 1388 to 1351 BC, as the ninth king of the 18th Dynasty of Egypt.

Bryan told Egypt’s Al-Ahram newspaper that “the discovery of this lost city is the second most important archaeological discovery since the tomb of Tutankhamun” – in 1922.

“The discovery of the lost city not only will give us a rare glimpse into the life of the ancient Egyptians at the time when the empire was at its wealthiest, but will [also] help us shed light on one of history’s greatest mysteries: Why did Akhenaten and Nefertiti decide to move to Amarna?” Bryan added.

Akhenaten, Amenhotep III’s son and successor, and his queen Nefertiti, founded the city of Amarna, further east, and also changed the pharaohs’ religion, shunning the multiple deities worshipped by past pharaohs and their subjects, in favour of just one deity, the sun god Aten.

The archaeologists began digging in September 2020, looking for the mortuary city of the boy king Tutankhamun.

Instead they discovered this vast, living city. Hawass told Al-Ahram the discovery was “amazing” because it told for the first time the life story of the ancient Egyptian people.

“We know a lot about the tombs, temples and afterlife rituals of the ancient Egyptians, but the discovery of this lost city now reveals for the first time the secrets of their lives during the golden age of ancient Egypt,” Hawass said.

Three major districts had been found inside the city, he added, including an administrative settlement, a residential area and an industrial district, where workshops for drying meat, and factories for clothes and sandals and crafting amulets and small statues were found.

“The archaeological layers have lain untouched for thousands of years, left by the ancient residents as if it were yesterday,” Hawass said.

In its southern part, the mission found a bakery and a cooking and food preparation area complete with ovens and storage pottery. The large size of this area showed that the kitchen was catering to a very large number of workers and employees.

The archaeologists also found casting moulds for the production of amulets and delicate decorative objects for temples and tombs, and many tools used in industrial activities such as spinning and weaving. Metal and glass-making slag has also been unearthed.

Then suddenly an apparently flourishing city was abandoned, and the capital relocated to Amarna.

Bryan and other Egyptologists are hoping that further excavation and investigation of the new site will reveal the reason for the move.

“Amenhotep III, probably the wealthiest king who ever ruled Egypt, lived in west Thebes for close to 20 years at his palace on the west side of the Nile, which was built for him and his family,” Bryan told DM168.

“He would have spent time in Memphis (near present-day Cairo) too, and probably resided there entirely in the first decades of his reign, but certainly by his 30th year (he died in his 39th year of reign) he was living nearly entirely in Thebes.

“On the west he began his funerary temple of ‘millions of years’, at Kom el-Hettân, in front of which are the remarkable Colossi of Memnon that every visitor to Thebes (Luxor) sees at the north end of a region that stretched southward to his palace and beyond to an area for celebrating a renewal of his kingship, the Heb Sed festival.

“This new site is located nearer the temple of Kom el-Hettân than to the palace, and its industrial character also includes the remains of dark granite almost certainly left from trimming the hundreds of statues made for the temple out of Aswan granodiorite,” she said.

“Thus, this site represents a location where finishing and prepping for the temple, as well as perhaps for the palace to the south, was located. Something that we knew had to be there but had not been located.

“With this we have extremely strong evidence that the city of Amenhotep III … stretched continuously from the Kom el-Hettân temple south to the palace and the site of Kom el Samak further south.

“Its size is enormous and organised into areas of occupation but more so for the literal redesign of Thebes.

“Amenhotep III built an entire harbour next to his palace and this site in order to deliver the vast amounts of rock quarried to make colossal images of himself, along with other precious and semiprecious materials for adorning his monuments on both sides of the river.

“This was unparalleled an endeavour before this time and, arguably, after.

“Amenhotep III inherited Egypt at peace and wealthier – with empires in Nubia and the Levant – than it had ever been.

“He used his wealth diplomatically with the other great powers of his time, treating the kings of Babylon, Mittani, Assyria and Cyprus nearly as his equals [as we can tell from] the famous Amarna Letters correspondence.”

Bryan believes that the discovery of the lost city could illuminate the mystery of Akhenaten and Nefertiti’s move to Amarna, “since they certainly occupied the palace city until they moved”.

She noted that a clay seal that would have been attached to an object was found at the site of the lost city.

It bears the inscription “the Aten, living on truth, is found”.

The name on the seal is new, she says, although “the Aten is found” is the official name of the temple of Akhenaten at East Karnak (on the east bank of the Nile).

“So perhaps there was an Aten shrine on the west bank at Thebes also, or this may refer to something else. It is very intriguing for us,” she said.

“Aten is the Egyptian word for ‘sun disc’, the visible orb in the sky, particularly in its brightness during the day.

“This is the element that Akhenaten focused his worship on.

“He rejected the concept of gods who could reside within statues and images made by people and rather believed only that the sun disc Aten moved where he wished and could be seen during the day.” DM168