F1 sees sustainable fuels on the horizon, but for now t...

F1 sees sustainable fuels on the horizon, but for now the internal combustion engine ‘is far from dead’ 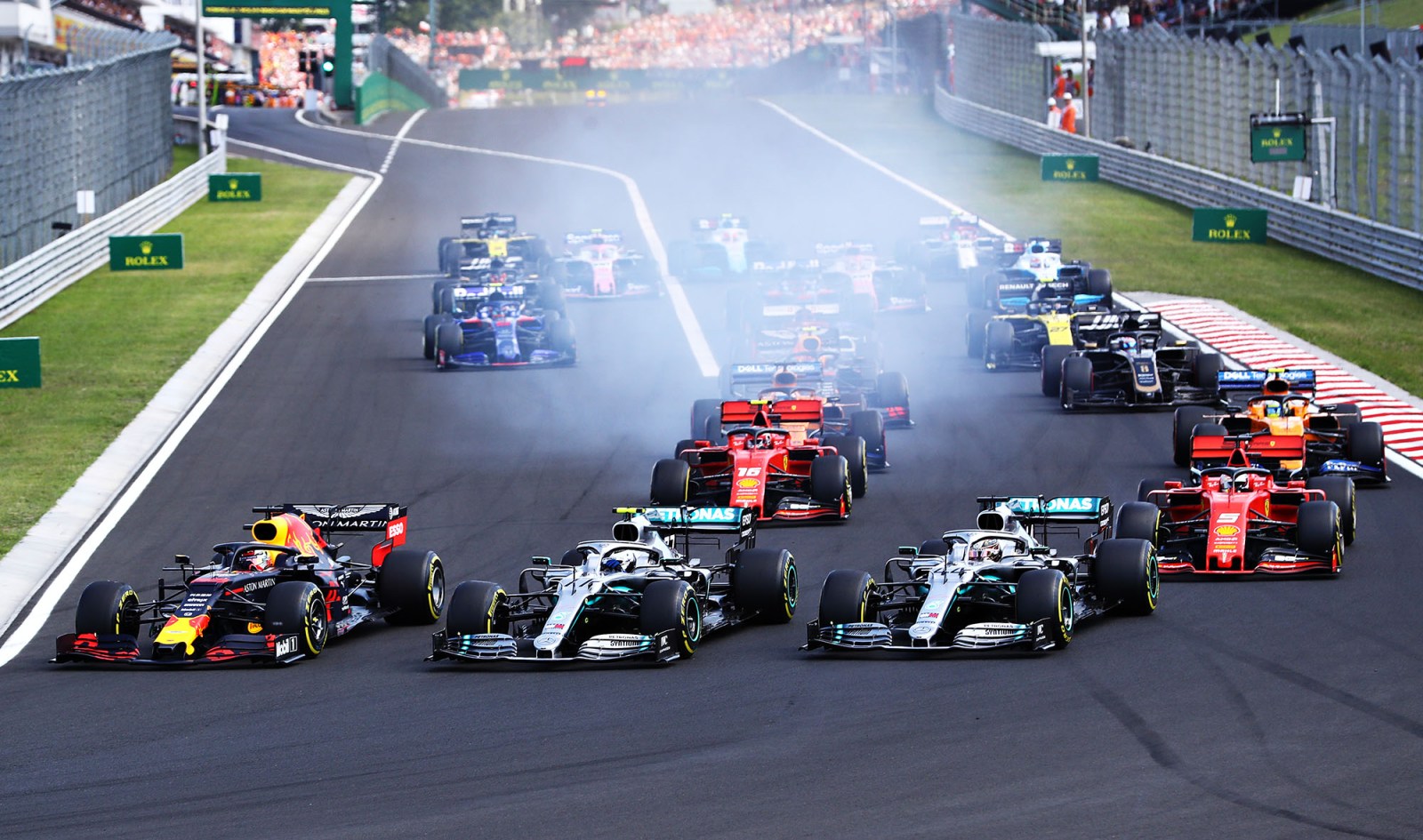 F1 aims to achieve a net-zero carbon footprint by 2030 but the high-tech sport faces questions about its relevance in a world increasingly focused on clean energy and climate change. (Photo: Mark Thompson / Getty Images)

Carmakers and governments have called time on the internal combustion engine as they switch to electric, but Formula One sees plenty of life in it yet as the sport races towards a zero carbon future.

Current Grand Prix cars use a highly efficient 1.6l V6 turbo hybrid power unit, a far cry from the gas-guzzling V12 and V10 monsters of old, and a new “powerful and emotive” one is due in 2025 to run 100% on sustainable fuels. The sport hopes to set the specification by June this year.

“While many people may think the internal combustion engine is dead, I would argue it is far from dead,” chief technical officer Pat Symonds told a recent Motorsport Industry Association (MIA) conference on energy-efficient motorsport.

“Sustainable fuels is our big push in Formula One and it’s something I think we’ll have to roll down into other formulas too.”

The first samples of 100% sustainable fuel, from second-generation biowaste, were delivered to F1’s power unit suppliers – Mercedes, Ferrari and Renault, with Honda leaving and handing over their technology to Red Bull last December for testing.

The current fuel has a 5.75% bio component, increasing to 10% sustainably sourced ethanol from 2022.

F1 aims to achieve a net-zero carbon footprint by 2030 but the high-tech sport faces questions about its relevance in a world increasingly focused on clean energy and climate change.

Britain, with a flourishing motorsport industry and home to most of the 10 teams, plans to ban the sale of new petrol, diesel and hybrid cars from 2030.

Formula E founder Alejandro Agag has suggested F1 will eventually have to merge with his all-electric series that started up in 2014. Both are sanctioned by the International Automobile Federation (FIA), which has licensed Formula E as its sole electric championship until 2039.

Others argue battery technology is not the solution for all forms of motorsport, even in the longer term. Combustion engines, quite possibly two-stroke, using fossil-free fuels, could provide F1 with the necessary performance and speed while also retaining the sound fans love and that electric racing lacks.

“We have a huge amount of history and tradition based around internal combustion and it’s not going to go away overnight. Nor do we want it to,” said Iain Wight, business development director for Williams Advanced Engineering.

Former Audi Sport engine head Ulrich Baretzky saw hydrogen combustion engines as a future route for F1 as well as endurance races such as Le Mans, which plans a hydrogen category for 2024.

“In 2025 we will [still] see combustion engines [at Le Mans], because the [fuel] energy density is unbeatable at the moment with any technology we know today,” he said at the conference.

“Five years later I hope we will see a mix between hydrogen, combustion and fuel cell.”

He said a huge effort would be needed to improve the cost and performance of biofuels and to develop more efficient hydrogen production. Capito said he believed motorsport could rise to the challenge.

“There are technologies that go in various directions but all are aiming at the same objective – to be CO₂ neutral. For me, this is a really exciting time,” said Capito.

David Richards, chairperson of Motorsport UK and engineering company Prodrive, cautioned it would be “a big punt” to say where motorsport would be in 10 years’ time.

He warned that politics would play a part, with electrification presented by governments as a “nice and simple” solution.

“We’ve seen [manufacturers] withdrawing from most aspects of what we would regard as conventional internal combustion engine motorsport,” said Richards.

“But maybe if we can get these engines running on alternative fuels, if we can perhaps use hydrogen either in a raw state in an internal combustion engine or through a hydrogen fuel cell, we can attract the manufacturers back.” Reuters/DM168

F1 sees sustainable fuels on the horizon, but for now the internal combustion engine ‘is far from dead’