Marc Pritzen is riding high, with pro contract and Olym...

Marc Pritzen is riding high, with pro contract and Olympics a possibility 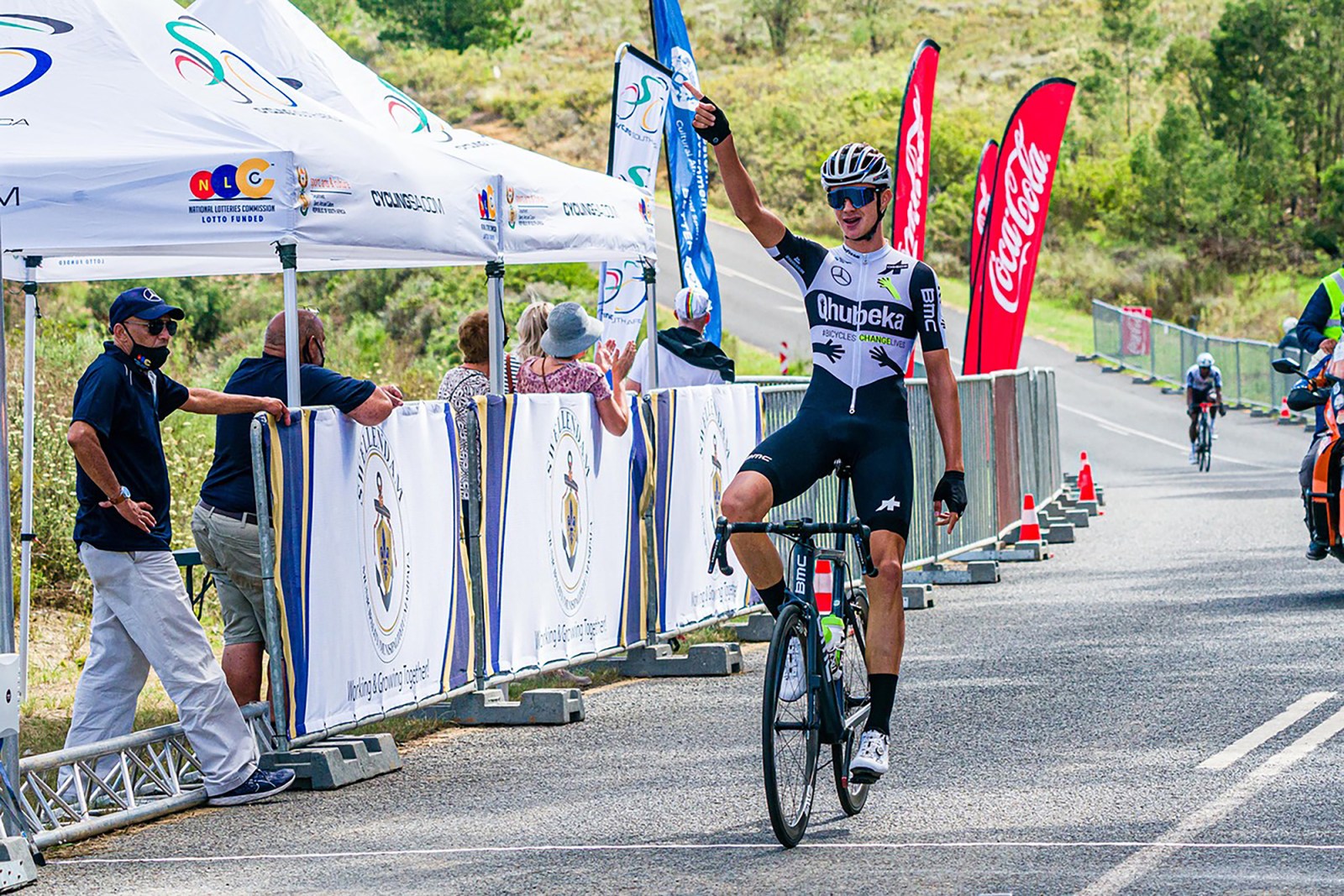 Riders compete in the SA Road Riding Championships near Swellendam in the Western Cape of South Africa on 20 March 2021. Photo: Chris Hitchcock via PhotoSport-ZA

The new national road race champion is on a path to high places if his development stays on track.

Marc Pritzen describes his first season racing in Europe as an “eye-opener”. The 21-year-old joined Qhubeka Assos’s development squad Team Qhubeka in late 2019, when it still fell under the NTT banner, and squeezed in two races before the Covid-19 lockdown.

“When coming here, the first thing that you have to adjust to are the small roads and big bunches and fighting for your position,” Pritzen says over the phone after a wet day training on the road from the team’s base in Lucca, Italy.

“The only way I would have actually improved was to race more and then get experience. Then lockdown came and we were indoors for quite a while.”

Bunkered down in the Tuscan city with Kiwi teammates Connor Brown and Drew Christensen, he stayed motivated with gruelling sessions on the Zwift app and somewhat overindulging in the local cuisine.

“The biggest motivation, I think, for the three in the house was food,” he laughs. “We did tend to eat a bit more than we should have but there was just nothing else to do.”

Last year’s challenging season has only made Pritzen a stronger rider. After spending the offseason training in Namibia, where he raced the Nedbank Desert Dash with his brother, and on Johannesburg’s roads with his dad driving in tow, he won the 178km South African elite men’s national road race championships in Swellendam in March.

The victory is a significant notch in Pritzen’s palmarès that will boost his chances of winning a pro contract with Qhubeka Assos or another WorldTour team. It could also put him in contention for South Africa’s Tokyo Olympics team.

“It’s something that I’ve always wanted to win, dreamed of winning, but never thought that I’d like, you know… It’s a dream, so when it comes true it’s quite incredible,” he says, struggling to explain his national championships victory.

Going into nationals, Pritzen and Qhubeka Assos’s Nicholas Dlamini planned to whittle down the bunch early, but strong winds on the Bonnievale circuit limited breakaway attempts.

Contenders Matt Beers, Ryan Gibbons, HB Kruger, Willie Smit, Jaco Venter, Jacques Janse van Rensburg and Dlamini all made moves in the final kilometres and Pritzen thought he was competing for a place when Janse van Rensburg went off the front and no one wanted to reel him in.

When the group finally brought back the former pro, Pritzen thought he was caught out again as he got swamped by the bunch. “I hope I didn’t lose it now by just a lack of attention,” he thought.

Then Smit jumped on the final climb and Pritzen followed his wheel. The pair built a gap and when the Burgos BH rider slowed, Pritzen saw his chance and attacked, holding off Smit and Dlamini to the line.

Pritzen will wear the SA Champs jersey in Europe this year, but he’s still coming to terms with what it means.

“If you ask me what it [means] to me and what it [feels] like, I’m quite keen to go and find out what it’s going to feel like because I’ve worn the under-23 jersey inside … South Africa and that was incredible,” he says.

“Now to come to Europe and wear the real jersey, the elite jersey in Europe, I’m quite keen to find out what it’s going to feel like.”

The former South African under-23 champion was competing in a combined race between under-23 competitors and the elite men at Swellendam. He took both titles.

The Namibian-born Pritzen was a 1,500m runner at Hoërskool Kempton Park and injured his knee on a cross-country training camp. His physio recommended cycling or swimming to rebuild his strength.

“I’m not much of a swimmer so I decided to cycle.” He’d already competed in a number of 947 Cycle Challenges, but started taking cycling more seriously when he was about 17 years old, racking up a string of results in races such as the Spur Schools Mountain Bike League and the Ashburton Investments National MTB series.

He joined Malcolm Lange’s Team BCX before moving to Office Guru and finally joining Team Qhubeka after winning the 947 in 2019.

He’ll be up against more experienced riders vying for a place in the Tokyo Olympics squad, but Pritzen’s recent results make him a contender.

“His performance will definitely be considered when we make final selections,” said Cycling South Africa president Ciska du Plessis-Austin. Before the Olympics were postponed, Pritzen hadn’t given them much thought. He still hasn’t, but he’s ready if he gets the call. “It’s a once-in-a-lifetime experience. Some people are fortunate enough to go more than once, but I don’t think I’ll pass up that opportunity.”

For now, he’s focused on gaining experience in Europe and getting results to secure a contract with a WorldTour team. That goal could depend on Qhubeka Assos general manager Doug Ryder, who took the Qhubeka Continental squad out for dinner after Pritzen arrived in Italy.

“I think he knows that I know what I need to do and it’s purely results-driven. I need to get results to step up to the next level again,” said Pritzen. DM168