The state fails and factional populism rises as the ANC bickers

The state fails and factional populism rises as the ANC bickers

Ace Magashule is unlikely to voluntarily step aside in 30 days.

If you think ANC Secretary-General Ace Magashule is going to step aside in 30 days, as set out in the March 29 statement of the party’s national executive committee, think again. Today is 105 days since the Integrity Commission report found that the NEC should direct him to step aside after being charged with fraud and corruption 135 days ago.

Since then he has filibustered, huffed and puffed his way through three NEC meetings without stepping aside from his role despite a host of conference and other resolutions by the party that any member criminally charged should do so to protect the movement’s waning integrity. He will continue to do so after 30 days, which is an arbitrary deadline designed by President Cyril Ramaphosa to kick the can down the road. That number of days is not in the 14-page step-aside guidelines written by a team led by former president Kgalema Motlanthe. Nor is it in the party’s step-aside resolution passed at its 54th elective conference at Nasrec. Thereafter, the party can either discipline him for refusing to step aside or find another loophole or process. 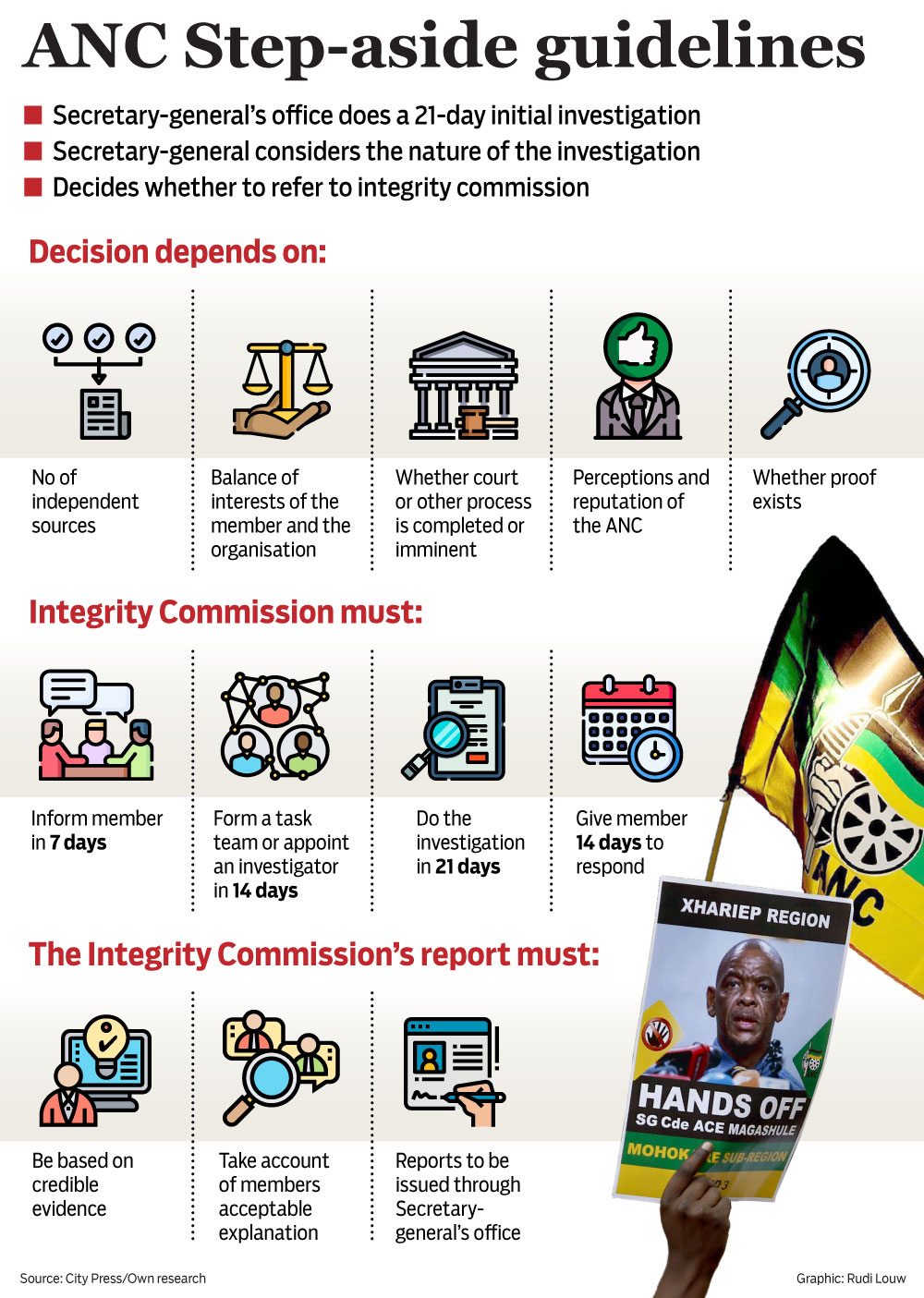 My money is not on Ace going quietly into the night but raging against the dying of his political light. Instead, there will be heightened populism.  When Wits students protested earlier in March, Magashule joined their march to the Constitutional Court. It was a breathtaking act of a strongman populist when you consider the sums. Magashule is facing corruption and fraud charges with his co-accused in the Free State related to the misspending of R233-million on a still incomplete project to change dangerous asbestos roofs on township houses.

That money could have funded 17,355 students with aid at the university, we calculated (see graphic). It’s the price of populism and the opportunity cost of corruption. While Higher Education Minister Blade Nzimande may call student protests an annual “soap opera”, it is worth bearing in mind that if the ANC government had not squandered more than R1-trillion in time, money and opportunity on State Capture, we could have funded a proper tertiary plan for the 67% of young people who are not in education, employment or further training. 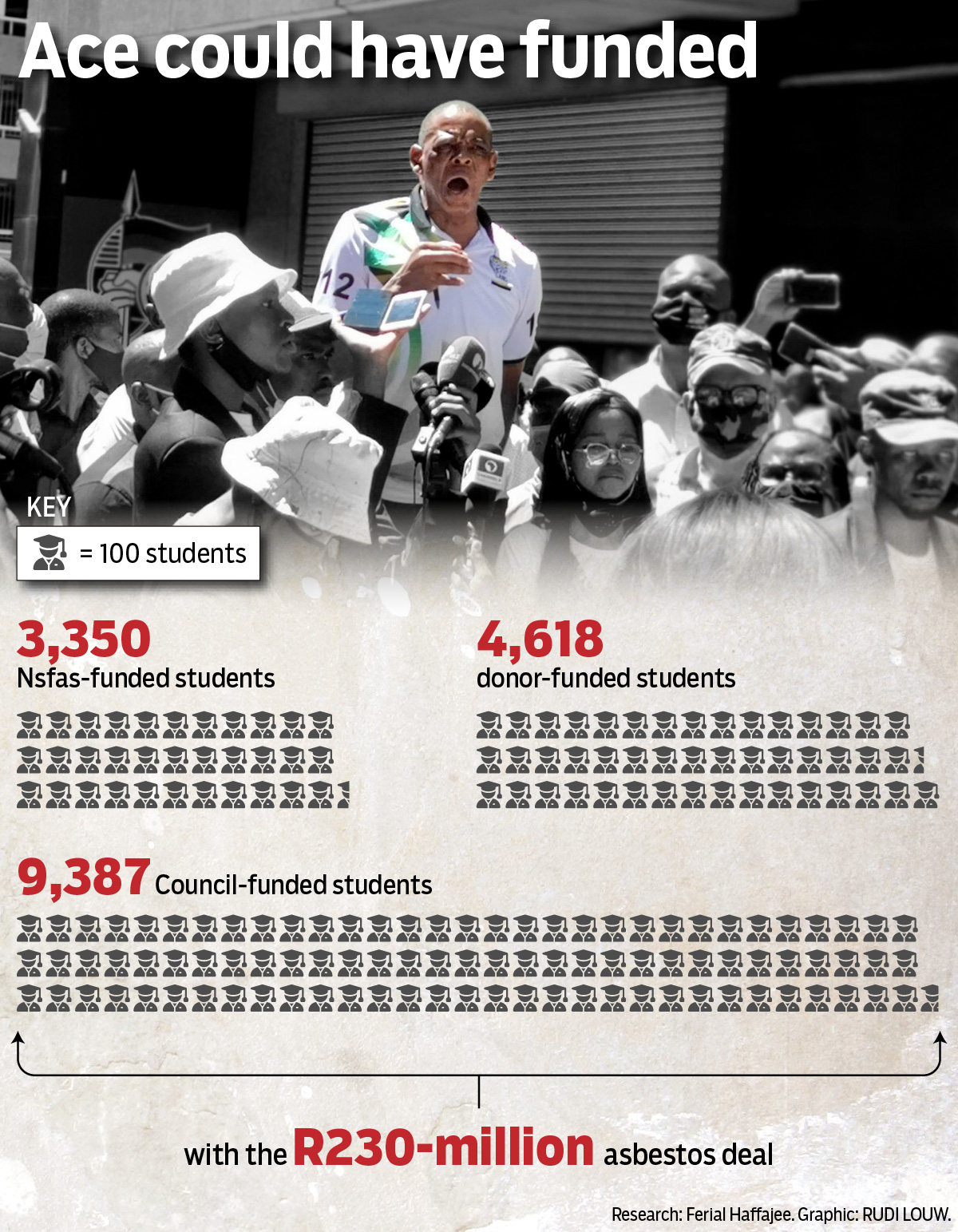 If you do that calculation with every R1-million squandered, you plot the path to state failure we are now on due to the grand corruption gnawing at South Africa. And if such instrumentalist accounting does not prove the point, then a more prosaic explanation is that the constant factionalism distracts the country’s leaders from the important matters of state functionality. The vaccine strategy is a mess because there was no planning to buy stocks early or predict that inoculation would be the next required step. One of the reasons for this is that leaders are engaged in faction fighting or feathering their nests, as the Digital Vibes scandal shows.

While the ANC NEC met for the past two days, large parts of Johannesburg’s economic capital was without power not because of load shedding, but because the infrastructure is buckling after years of neglect. Factionalism does not only cripple national government but all provinces and most municipalities, too. One of the City Power branches put out this statement as the NEC met on Monday, 29 March: “Power is off over a widespread area which includes most of the South as well as the northern suburbs.” Earlier in March, 30% of the city’s reservoirs ran so low that Johannesburg Water had to plan to get water tankers out to the streets. The biggest city in the country is a fast-approaching state failure. In the rural areas, the state has already failed. And as Estelle Ellis has tracked here and here, the Eastern Cape is already a provincial failed state.

As citizens, we tend to treat the ANC’s factionalism as spectacle, a political game of lights and shadows, like a boxing match of Ace vs Cyril. It is much more than the games of the next 30 days and much more dangerous to our beloved country’s future than that. DM