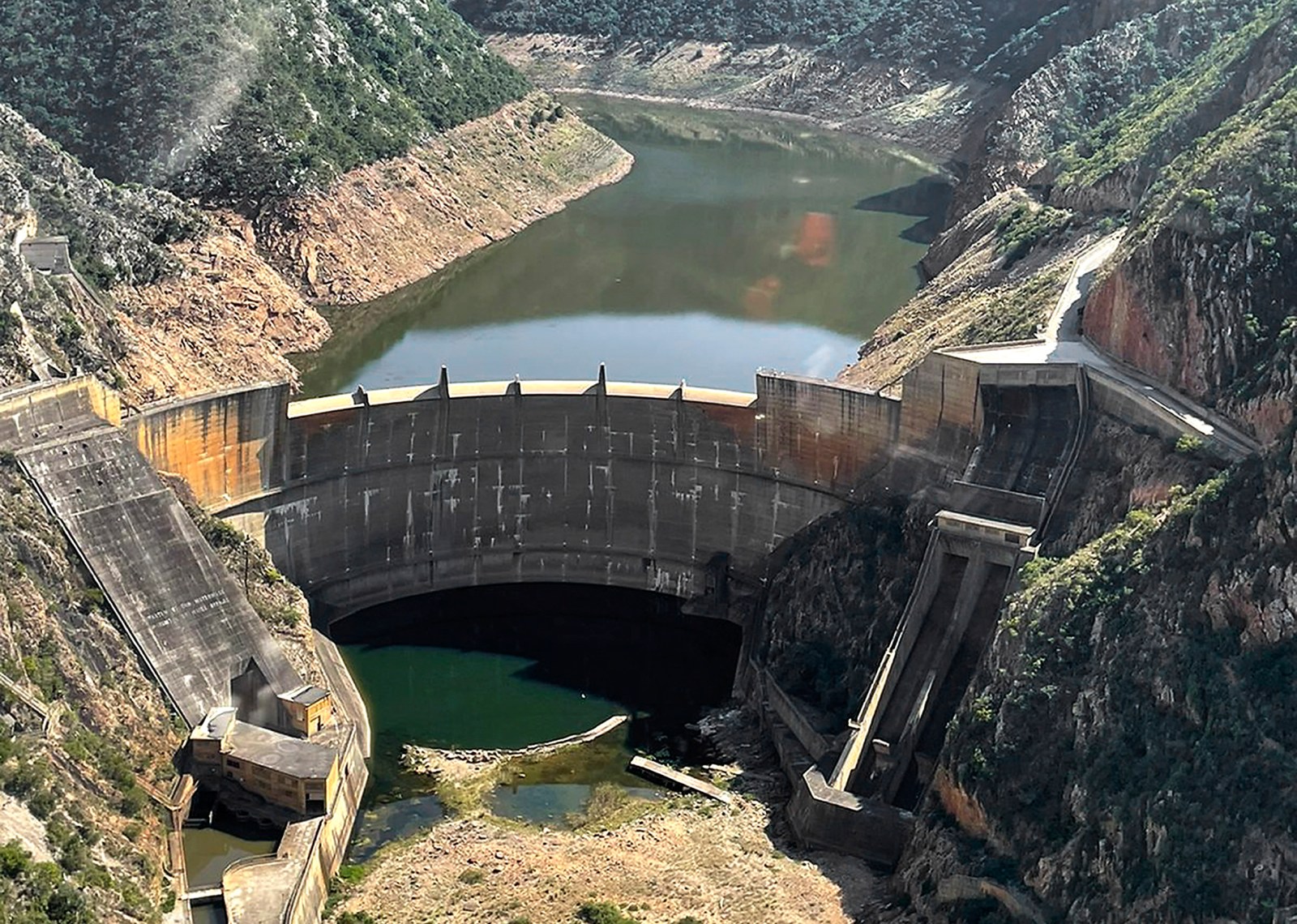 With no clear signal from the South African Weather Service on when the region can expect decent rains, the Kouga dam, Nelson Mandela Bay’s largest supply reservoir, has dropped to its lowest-yet level since it was built in 1969.

With no significant rainfall expected in the next couple of months, and the Kouga dam sitting at a historic low of 6%, Nelson Mandela Bay metro has been hit by water outages.

The South African Weather Service’s Garth Sampson said records from the past 120 years show that April has never been a great month for rainfall in the area. He said the long-term forecasts were not giving any “clear signal” on whether significant rains for the region could be expected.

Nelson Mandela Bay municipality continues to face one of the harshest droughts in its history, with combined dam levels sitting at 16%. However, the Eastern Cape has not yet been declared a drought disaster area by Premier Oscar Mabuyane. A previous declaration has lapsed.

The smaller balancing dams, Churchill (41%), Groendal (34%) and Loerie (57%) make up the remaining water capacity for the city.

According to the latest statistics released by the municipality on Monday, 8 March, the city has 45,135ML of a combined 281,571ML  remaining in its dams.

Water supply to the metro is being boosted by the Nooitgedacht scheme, bringing water from the Orange River. Teams are still working to complete phase 3 of the Nooitgedacht water treatment works that will add another 65 million litres for use in the city.

Large parts of Gqeberha (formerly Port Elizabeth) and Kariega (formerly Uitenhage) were hit by extensive water outages in the past two weeks. The outages were partially caused by low dam levels, but also by the vandalising of a major pipeline when thieves removed a valve.

Rienette Colesky, CEO of the Gamtoos Irrigation Board, said last week that the Kouga dam looks set to run dry for the first time.

“With the dam level dropping below 7%, the Gamtoos Irrigation Board has warned water users that it cannot supply water adequately below the 3% water mark. The board oversees the dam’s water distribution.

With emergency measures in place, the Nelson Mandela Bay and Kouga municipalities’ withdrawals from the dam have been restricted to 30% and 70% of their full water allocations respectively.

“The situation was already dire for our cash crop and dairy farmers from the start of the water year, as a 20% availability of their full water allocations has had a devastating effect on the planting of cash crops and the watering of pastures for dairy farming.”

Tertius Meyer, chair of the Gamtoos Irrigation Board and a cattle and citrus farmer in the valley, said some farmers had already used up their water allocations for the 2020/21 water year, which ends in June, leading to their supply from the dam being discontinued.

“Some farmers are helping their neighbours [with water]. Some are spending a fortune bringing in water in tankers just to keep their orchards alive,” said Meyer.

“One can see the condition of the cattle worsening as there is very little food for them, forcing farmers to either sell off their livestock or rent grazing in areas with water and move their herds.”

During the State of the Province debate in the first week of March, premier Oscar Mabuyane said the metro should look at desalination plants to help ease the water crisis.

“Drought affects all our communities, particularly the rural masses. So we must work together to find sustainable solutions to the drought problem, which is a natural occurrence.

“I definitely do not have supernatural powers to stop the drought, but together we can act responsibly to minimise climate change in our province.

“Part of what we are doing is ensuring water security in Ndlambe and Makana. This includes exploring prospects of venturing into desalination. We have also encouraged the Nelson Mandela municipality to take this direction,” he said.

Makhanda, which gets its water from the Makana municipality, was hit by more than a week of water outages after the water works failed in February and March.

Ndlambe’s desalination project was halted after allegations of corruption and Makhanda set aside the tender due to irregularities. The steering committee for another attempt to get a plant up and running met in February.

The Democratic Alliance’s Retief Odendaal said the Eastern Cape government drew up a strategy to deal with climate change 10 years ago.

“This strategy stated that climate change projections indicate that the Eastern Cape is expected to experience higher temperature increases towards the north-west interior of the province.

“Increasing temperatures are likely to result in increases in evaporation rates and the possibility of drought.

“Since then, all this document has done is gather dust. Even worse, since our last discussion there has been no further progress made by the province in dealing with the effects of the drought and, by implication, the effects of climate change.”

Odendaal said the previous ANC-led municipality in Nelson Mandela Bay had failed to spend conditional drought relief grants to the city, totalling R188-million, during its two years in government from 2018 to 2020.

“National Treasury has subsequently refused to roll over these funds,” he said.

Odendaal said he will engage with finance MEC Mlungisi Mvoko to intercede with the Treasury on Nelson Mandela Bay’s behalf, as a matter of urgency, and request that it reconsiders its decision not to roll over the funds.

On Monday, 8 March, after visiting the construction site of phase 3 of the Nooitgedacht water treatment works, executive mayor of Nelson Mandela Bay Nqaba Bhanga said he hoped it would be completed by September.

“The briefing I got from engineers gives me hope that the future of the city’s water security is looking good. The amount of water that will be pumped from this facility will be a major boost to our plans to build the economy of the city,” Bhanga said.

“Any efforts that we are making to improve the system to give us more water will continue to be at risk or under pressure if we do not decrease our water consumption.

“The [metro] is also doing its part to speed up the fixing of leaks and run awareness programmes about the importance of this resource,” he said. DM/MC