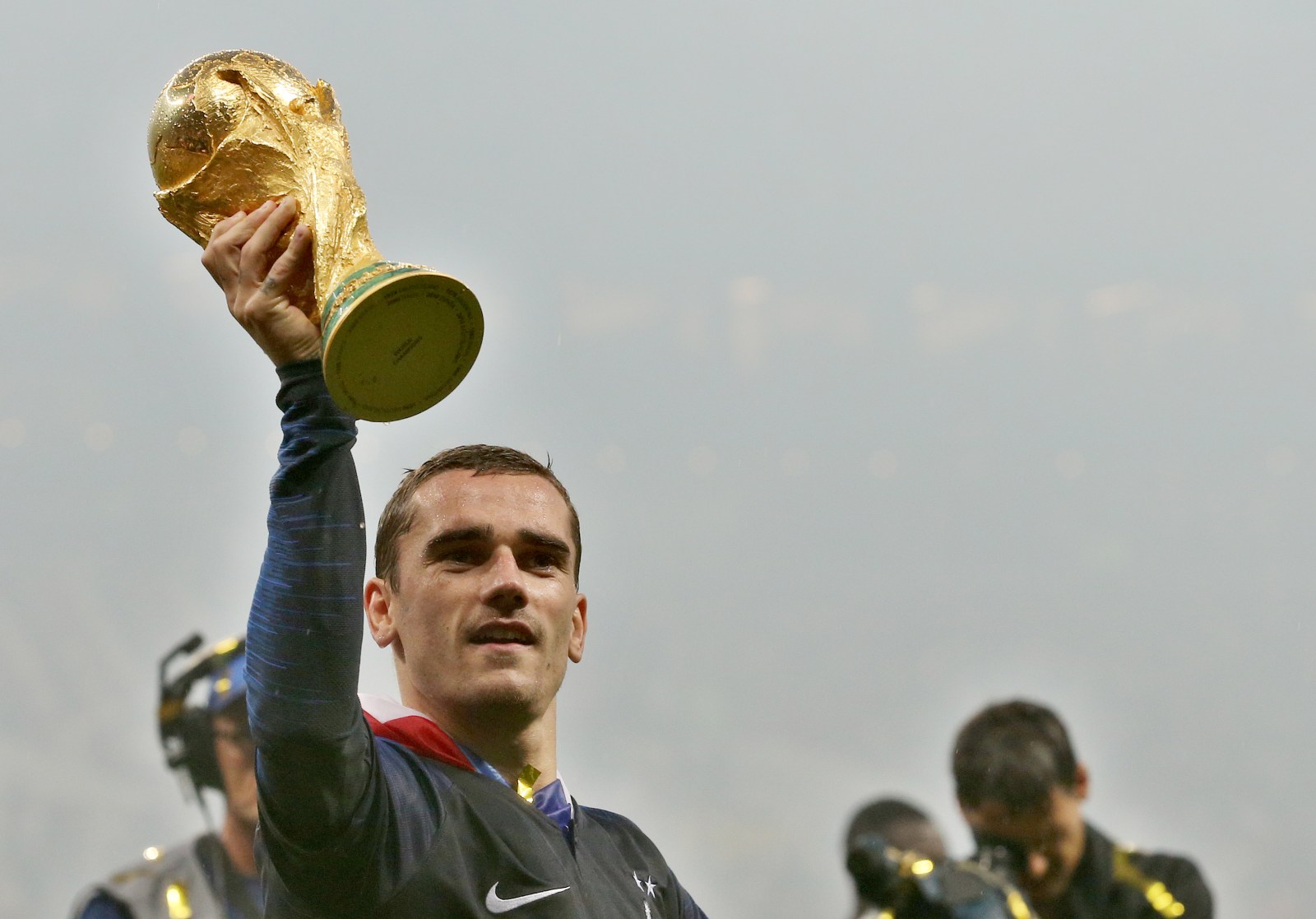 Antoine Griezmann put one away for France, but the World Cup title holders still ended up in a draw with Ukraine at the 2022 World Cup qualifiers. EPA-EFE/MAHMOUD KHALED

Europe’s qualification campaign for the 2022 World Cup in Qatar kicked off with the German team following Norway’s example and lining up in protest, while title holders France weren’t as impressive in their opening game.

There were victories for Germany, England and Italy in the first round of Europe’s Fifa World Cup qualifiers. Spain struggled, as did reigning world champions France. Meanwhile, Zlatan Ibrahimović made his presence felt on his return to international football.

Four-time world champions Germany enjoyed a 3-0 win over Group J rivals Iceland in Duisburg thanks to goals from Leon Goretzka, Kai Havertz and one of the best players in world football at the moment, İlkay Gündoğan.

The German team followed the example of Norway in their tie against Gibraltar in staging a protest before the start of the game, lining up in T-shirts spelling out “Human Rights”. The 2022 World Cup finals will be held in Qatar, which has been criticised by rights groups.

“We just spoke about it in the team. Obviously, we have the World Cup ahead of us and there’s always a lot of discussion going on about that,” Goretzka told Dutch broadcaster RTL of the gesture after the game.

“We wanted to make it clear to society that we aren’t ignoring that and that instead we’re saying very clearly what kind of conditions there should be, and we tried to make that clear today.”

After the Norway protest, Fifa said it would not be sanctioning the team, saying it supported free speech.

England made a statement of their own, albeit a vastly different one, against minnows San Marino.

Dominic Calvert-Lewin scored twice and Ollie Watkins marked his debut with a goal as England cruised to an emphatic 5-0 victory.

San Marino, who have never won a competitive game, held out for 13 minutes before James Ward-Prowse opened his England account with a smart finish and Calvert-Lewin made it 2-0 with a header.

Raheem Sterling made it 3-0 just after the half-hour mark, at which point it seemed England might run riot.

But San Marino’s mostly part-time players dug deep with Calvert-Lewin’s second goal the only addition to the score until substitute Watkins slotted in late as England sent a message to the rest of their opponents in Group I.

Former world champions Spain faced Greece in Granada, and despite the home-ground advantage could not conquer the Greeks.

Luis Enrique’s side was playing their first game since their 6-0 win over Germany in the Nations League in November. Enrique said his team, who had 78% of possession but rarely threatened the Greek goal, were rusty.

“The game against Germany was four months ago,” he added. “It is normal that the level of the players may vary, they have ups and downs.

“We have to analyse the game and see what we can improve. The numbers indicate we clearly dominated. The only downside was we have lacked freshness and the capacity to create more chances.”

Spain travel to Georgia for their second qualifier on Sunday, before hosting Kosovo on Wednesday.

Current holders of the world title, France, were also lacklustre in their opening game of the qualification campaign, being held one-all by Ukraine.

Barcelona forward Antoine Griezmann opened the scoring to put the French 1-0 up, but a Presnel Kimpembe own goal in the second stanza ensured that the spoils were shared by the Group D opponents.

French coach Didier Deschamps bemoaned his side’s below-par performance: “Of course, I can’t be satisfied. We had chances to increase our advantage and we didn’t take them. But let’s be honest, after the break we did not exactly threaten them.

“The result proves that Ukraine is a good team. We lacked energy in the second half. We can do better. It is not necessarily a match where we were going to create a lot of chances. We needed more precision and movement.”

The Lion roars once more

Enigmatic forward Zlatan Ibrahimović, nicknamed “the Lion”, made a return to the Swedish national team after a five-year hiatus from international football.

The 39-year-old AC Milan striker became the oldest player to represent Sweden, beating the record of 38 years and 59 days held by goalkeeper Thomas Ravelli. And he marked the occasion by providing an assist for the only goal of the game as Sweden beat Georgia 1-0.

“It felt good. It felt like it was my first international match. It was a lot of adrenaline,” Ibrahimović told Sverige Radio.

“I think I could have done a lot more, but we won the match, and that is the most important thing,” he added. DM