European Green Deal is continent’s ‘man on the moon moment’ 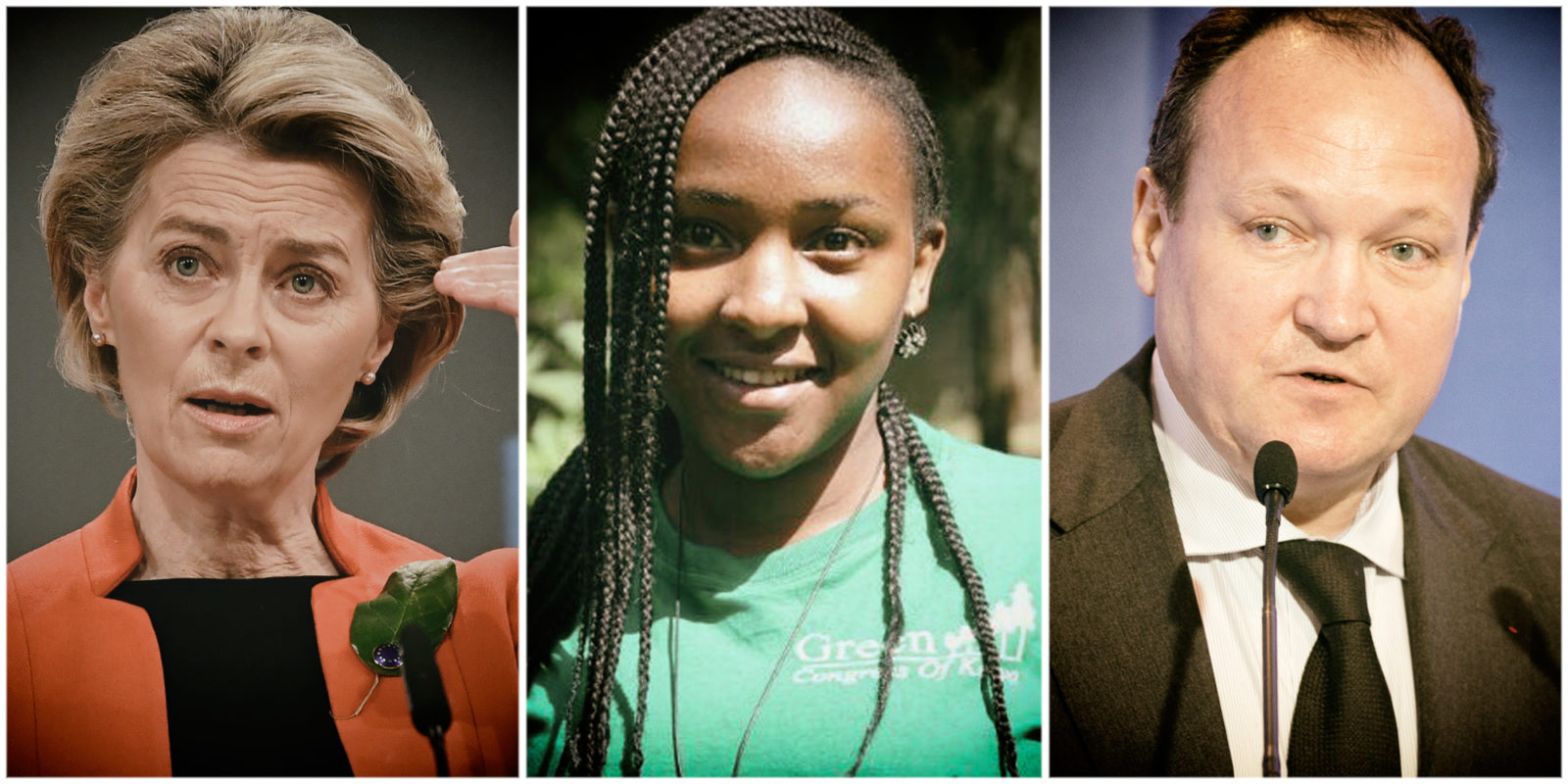 Beaming in from across the planet for a live virtual event, key figures in climate politics said the leap towards a net-zero world marked Europe’s ‘moonshot’. But at least 600 million Africans – eclipsing the size of Europe – still lack access to electricity.

European, US and Chinese climate leaders were eager to distance themselves this week from Trump-style anti-science chaos in a heavyweight webinar on investing in carbon neutrality. From time to time, the climate-denying ghost of the former US president flickered across clips streamed during the event, contrasting sharply with panellists who said Donald Trump’s fractious politics had shifted into an era of aggressive action.

Even as Trump had vowed to dig up coal, and had withdrawn the US from the Paris climate agreement, “the exit out of coal accelerated simply because of market reasons”, said European Commission executive vice-president Frans Timmermans.

“It is sad that the president of the United States became the only president in the world who found an excuse to depart from Paris,” said a tough-talking Kerry, flanked by Michael Bloomberg, the UN special envoy on climate ambitions and solutions. “It hurt. It hurt us. It hurt credibility. It hurt momentum. We need to take advantage of every day that passes — we’re not doing better than about a 1% reduction in emissions. That’s shameful.”

Fighting climate change is a central component of US President Joe Biden’s sweeping new $3-trillion package to boost the US economy.

While Kerry remarked that “relying on a miracle would not be prudent leadership”, European Commission president Ursula von der Leyen suggested the opposite was necessary to stop temperatures rising above a hard limit of 1.5 degrees Celsius.

The concept of a just transition for communities and businesses most affected by the shift to a low-carbon economy, and most vulnerable to the negative effects of a changing climate, is key.

That extraordinary effort, the buoyant commission president urged, had to pull the global economy from the ashes of the pandemic, accelerating a new “Roaring Twenties of climate action and investment”.

“Climate action is not only a necessity. It is the greatest economic opportunity of our time,” she said. “We are on the edge of a transformation, similar to the digital revolution of some 40 years ago.”

“In a matter of a few years, we will change the way we move, the way we eat and the way we produce,” she said, outlining her vision to transform Europe into the “first climate-neutral continent”. The €1-trillion Green Deal is central to that outlook, and aims to drive climate-compatible growth over the coming decades, in Europe as well as abroad.

The opening credits of the multilateral webinar also sought to frame the Green Deal as the continent’s “man on the moon moment”, while keenly emphasising that “no one would be left behind”.

It was necessary to scale up disruptive technologies, deploy risk-sharing instruments and mobilise significant volumes of finance to facilitate a “socially acceptable” transition, said European Investment Bank vice-president Ambroise Fayolle. The bank had in 2021 started aligning “all its activities with the goals of the Paris agreement”.

“We need to leave no one behind,” repeated Fayolle, here referring to European employment concerns as the region strives for its net-zero goals – and faces extreme weather events.

“The concept of a just transition for communities and businesses most affected by the shift to a low-carbon economy, and most vulnerable to the negative effects of a changing climate, is key,” he said.

We have a responsibility to intervene now to make countries who are not committing jump to a different model of development.

According to Fayolle, the bank – a top funding partner of the Green Deal – this month also approved the development of a federal fund to raise capital for additional climate action in developing countries.

China has in recent years emerged as a developing leader in global renewable energy production while in 2020 announcing its intention to achieve carbon neutrality by 2060.

That country may be the world’s largest greenhouse gas emitter, but Timmermans told Daily Maverick during a visit to Cape Town early in 2020 that he was optimistically cautious about China’s potential to set a constructive tone in global geopolitics.

“Even before Trump, China was decisive on reaching an agreement in Paris. It has built a reputation that it deserves as a global leader,” said Timmermans, who heads up the Green Deal.

Speaking at this week’s webinar, he conceded that African countries were disproportionately affected by a climate crisis they had a relatively small role in causing.

For its part, China echoed Timmermans’s optimism when Green Finance Committee chair Ma Jun told webinar speakers that it would step up its focus on decarbonisation over the next five years. The country, he insisted, was focusing on “long-term quality growth” over “short-term objectives”.

In the run-up to the most critical UN climate conference yet – CoP26 to be held in Glasgow this November – efforts aiming for global climate neutrality are likely to seem, and prove, far more daunting than the moon effort of 50 years ago.

Between 600 and 800 million people in Africa – more than Europe’s population of about 500 million – still lacked access to electricity, said Mauro Petriccione, the commission’s director-general for climate action.

“If they powered Africa with fossil fuels, all this would be a waste of time,” he said. “We have a responsibility to intervene now to make countries who are not committing jump to a different model of development.”

For a high-level webinar that repeatedly stressed a by-now familiar climate trope – ‘the need to leave no one behind’ – voices from developing countries were notably underrepresented at the event.

Even as Russia prepares to ramp up natural gas supplies to Western Europe in particular, Kenyan climate youth activist Elizabeth Wanjiru Wathuti, during a brief pre-recorded appearance, urged EU policymakers not to classify natural gas as a “green investment”.

“Nature is asking you to remember who you are,” she pleaded. “Trees are green, but gas is not. Any of the children I work with will tell you that.”

In January, US climatologist James Hansen – who first testified about global warming to the US Congress in 1988 – told Daily Maverick that “young people are in big trouble” if the future is gas. He warned that  “climate disasters and migration problems will grow and large sea-level rise with loss of coastal cities will become locked in”. He is a proponent of modular fourth-generation nuclear power.

For a high-level webinar that repeatedly stressed a by-now familiar climate trope – “the need to leave no one behind” – voices from developing countries were notably underrepresented at the event.

Even so, Christopher Hurst, the European Investment Bank’s projects directorate head, noted that “climate change displaces a person in Africa every second. Many families have had to move in the time we have been here, speaking.”

This number could rise to hundreds of millions by the middle of the decade, he said, “so Africa needs investment… Today, the total installed power capacity in sub-Saharan Africa is only 15% of that in Germany.”

He said it was “important that African countries do not repeat the experience of industrialised countries, whose power sector was developed in a very different world and with a very different understanding of environmental consequences”.

Whether African countries would accept this kind of appeal as they sought to rescue their industries during pandemic recovery efforts remained to be seen. However, if “left unchecked”, added European Central Bank president Lagarde, “more frequent and more severe natural hazards are likely to cause extensive damage… Averting this catastrophic outcome requires changing how we produce, work and live.”

Meanwhile, at this week’s virtual Ministerial Meeting on Climate Action, hosted by China, the EU and Canada, Environment Minister Barbara Creecy said South Africa was updating its climate actions (“nationally determined contributions”), which it would submit to the UN before COP26.

She cautioned: “Following the devastating effects of not only the Covid-19 pandemic but tropical cyclone Eloise that hit our country hard, we are implementing our South African economic reconstruction and recovery plan – including opportunities to green the response to these crises. We have also adopted at a continental level the African Green Stimulus Programme.”

As strategic initiatives to move away from coal, she cited the presidential climate change commission, established in late 2020, and national utility Eskom’s commitment to reach net-zero emissions by 2050 “in principle”.

“But the decline in public finance for mitigation and adaptation, with grant financing hovering at around 6%, is a real concern to African countries,” she said.

“Developed countries are stepping back from a commitment to 0,7% of GDP for development aid. Developing countries are facing a debt crisis. We will need solutions to financing climate action other than increasing developing country debt,” she said, outlining South Africa’s expectations during this year’s heated climate negotiations. “We expect mitigation, adaptation and finance to be treated in a balanced manner, and an ambitious outcome for all three. A breakthrough on finance is essential for success in Glasgow.” DM/OBP