‘Oumuamua is indeed an emissary from another solar system, just not alien technology 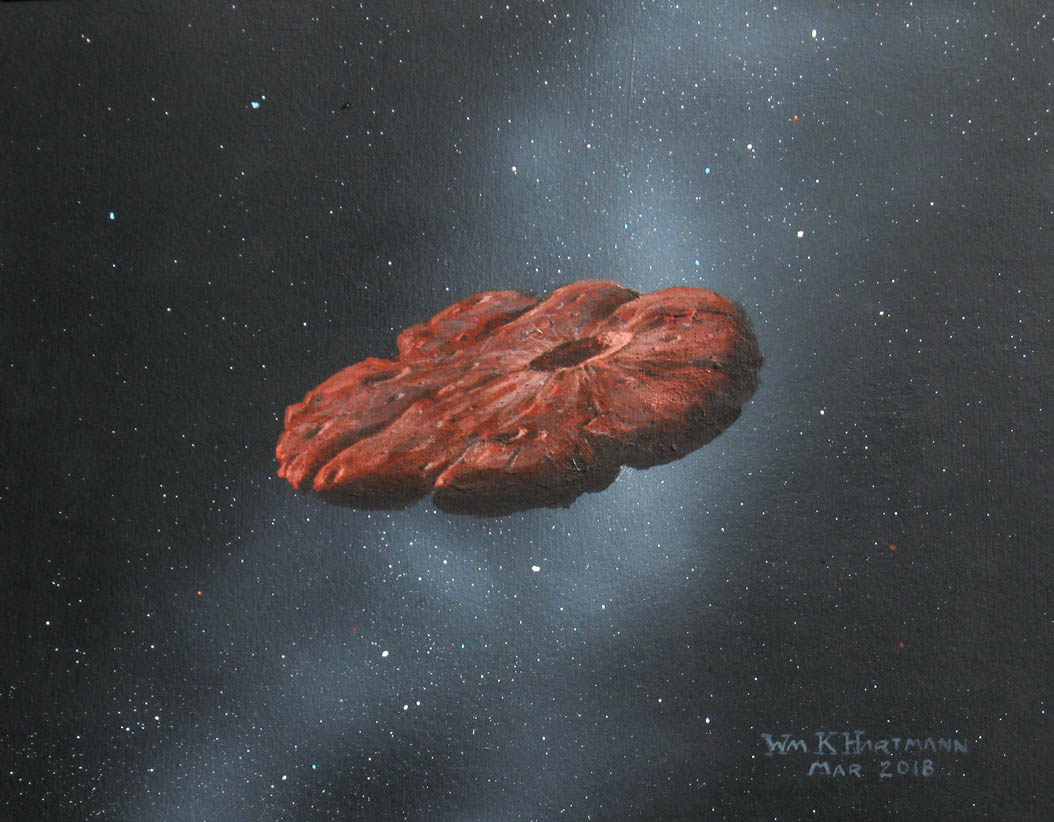 The bizarre interstellar object is not quite the alien technology many had hoped for. Even so, its true nature offers a tantalising message about other star systems that may be like our own.

Humans who have longed for proof that Earth life is not alone will have to keep their searchlights trained on our night skies for a bit longer.

If the first-known interstellar object to fly through our solar system is likely to teach Earthlings anything, it is that the web of space connects alien worlds that are more alike than we may have realised.

It was Hawaii’s Pan-STARRS astronomical observatory that discovered ‘Oumuamua — “messenger” or “scout” in Hawaiian — back in 2017, as the intrepid object torpedoed past the Sun at almost 320,000km per hour. Defying conventional description, its flat, elongated shape inspired the imaginative human brain to surmise it might be a piece of alien technology; or, less controversially, a comet.

Now we have good reason to describe this astro cause célèbre as an icy nitrogen lump that had been ripped off a Pluto-like planet in another solar system.

“This research is exciting in that we’ve probably resolved the mystery of what ‘Oumuamua is and we can reasonably identify it as a chunk of an ‘exo-Pluto’, a Pluto-like planet in another solar system,” says Professor Steven Desch, an astrophysicist at Arizona State University and co-author of two new ‘Oumuamua  papers published in the Journal of Geophysical Research.

“Until now, we’ve had no way to know if other solar systems have Pluto-like planets, but now we have seen a chunk of one pass by Earth.”

Rather than being a model of extraterrestrial innovation, ‘Oumuamua is a mere lump about half the size of a city block – and, the research suggests, it is made of frozen nitrogen, the iced-up stuff also found on Pluto’s surface.

“It was likely knocked off the surface by an impact about half a billion years ago and thrown out of its parent system,” says co-author Alan Jackson. An astronomer and planetary scientist at Arizona State University, Jackson is unveiling the study’s findings this week at the 52nd Lunar and Planetary Science Conference.

Jackson told Daily Maverick that the object “might have originated in the Perseus spiral arm, because that is a location with a lot of young stars and is at the right distance for about half a billion years of travel”.

The icy object certainly may have astonished onlookers from their vantage point on Earth. However, Jackson points out that ‘Oumuamua’s appearance as something of a trampled pancake was the result of melting down to a shadow of its former self once entering our solar system. It may have lost more than 95% of its mass when coming within range of the Sun.

“Being made of frozen nitrogen also explains the unusual shape of ‘Oumuamua. As the outer layers of nitrogen ice evaporated, the shape of the body would have become progressively more flattened,” says Jackson.

Desch and Jackson also worked out that the object embodied several characteristics not normally associated with a comet, thereby challenging claims that it might have been one.

A comet is a bright gas, dust and rock projectile that grows a tail when near the Sun; but, for its part, ‘Oumuamua’s uncomet behaviours included entering the solar system at a lower-than-expected velocity; and rocketing away from the Sun at an unusually strong push, compared with conventional comets. It also lacked a detectable escaping gas tail.

“‘Oumuamua resembled a comet, but it was peculiar enough in several ways that mystery surrounded its nature, and speculation ran rampant about what it was,” says Desch.

“Everybody is interested in aliens, and it was inevitable that this first object outside the solar system would make people think of aliens.”

Jackson told Daily Maverick that he “always thought” the object’s origin was most likely to be natural: “Albeit one of a type we had not seen before. The existence of interstellar objects had been predicted for a long time, but it is not that unusual for us to be surprised the first time we discover something that had been predicted.” This is what happened with exoplanets and “hot Jupiters” (gas-giant exoplanets that resemble Jupiter, but have shorter orbits), he notes.

In the case of looking for radio signals that could confirm ‘Oumuamua as an alien spacecraft, Jackson concedes that this “was not a bad idea… but some of the discussion about aliens has got a bit out of hand”.

He adds that there “have been other interesting natural ideas that have been explored, including very low density aggregates – what you can think of as a cosmic dust bunny – but we think our model does a better job of explaining all of the features of ‘Oumuamua in a unified way.

“We know there are a lot of objects in the outer regions of our own solar system that have sizes of a few kilometres. Most likely an object like that collided with ‘Oumuamua’s parent body to knock it off the surface.”

The research also suggests that “orbital instabilities in which giant planets move around, as happened in our own outer solar system four billion years ago, could make and throw out large numbers of small pieces of nitrogen ice”.

“‘Oumuamua may be the first sample of an exoplanet born around another star, brought to Earth,” the research adds.

For these ‘Oumuamua sleuths, producing a convincing case that challenges a few years of global speculation delivers the sort of satisfaction that scientists live for.

Desch cautions that their hypothesis “may not be the final word, but it’s a natural model that successfully explains everything we know about ‘Oumuamua”.

Their findings also contribute to what we know about the building blocks of exoplanets – thus, planets in solar systems beyond ours that Homo sapiens can only dream of visiting.

Jackson told Daily Maverick: “Based on the nitrogen ice composition, we can infer that the system ‘Oumuamua came from must also have had a significant number of Pluto-like bodies, just like we think our solar system once had many more bodies like Pluto.”

The team hopes that telescopic surveys “will be able to start finding even more interstellar objects that they and other scientists can use to further test their ideas”.

This is not an implausible ideal, if exoplanets are a guide. The first exoplanets were discovered only two decades ago – today astronomers have confirmed more than 4,000 of these celestial bodies.

“It’s hoped that in a decade or so we can acquire statistics on what sort of objects pass through the solar system, and if nitrogen ice chunks are rare or as common as we’ve calculated,” says Jackson. “Either way, we should be able to learn a lot about other solar systems, and whether they underwent the same sorts of collisional histories that ours did.”

On previous speculations about ‘Oumuamua’s more exotic nature as an alien spacecraft, Desch was more blunt than his co-author.

“No, honestly,” he told Daily Maverick, “that never seemed necessary to me at all.” DM

Cate Blanchett is the only actor to win an Oscar playing an Oscar-winning actor (Katherine Hepburn in "The Aviator").