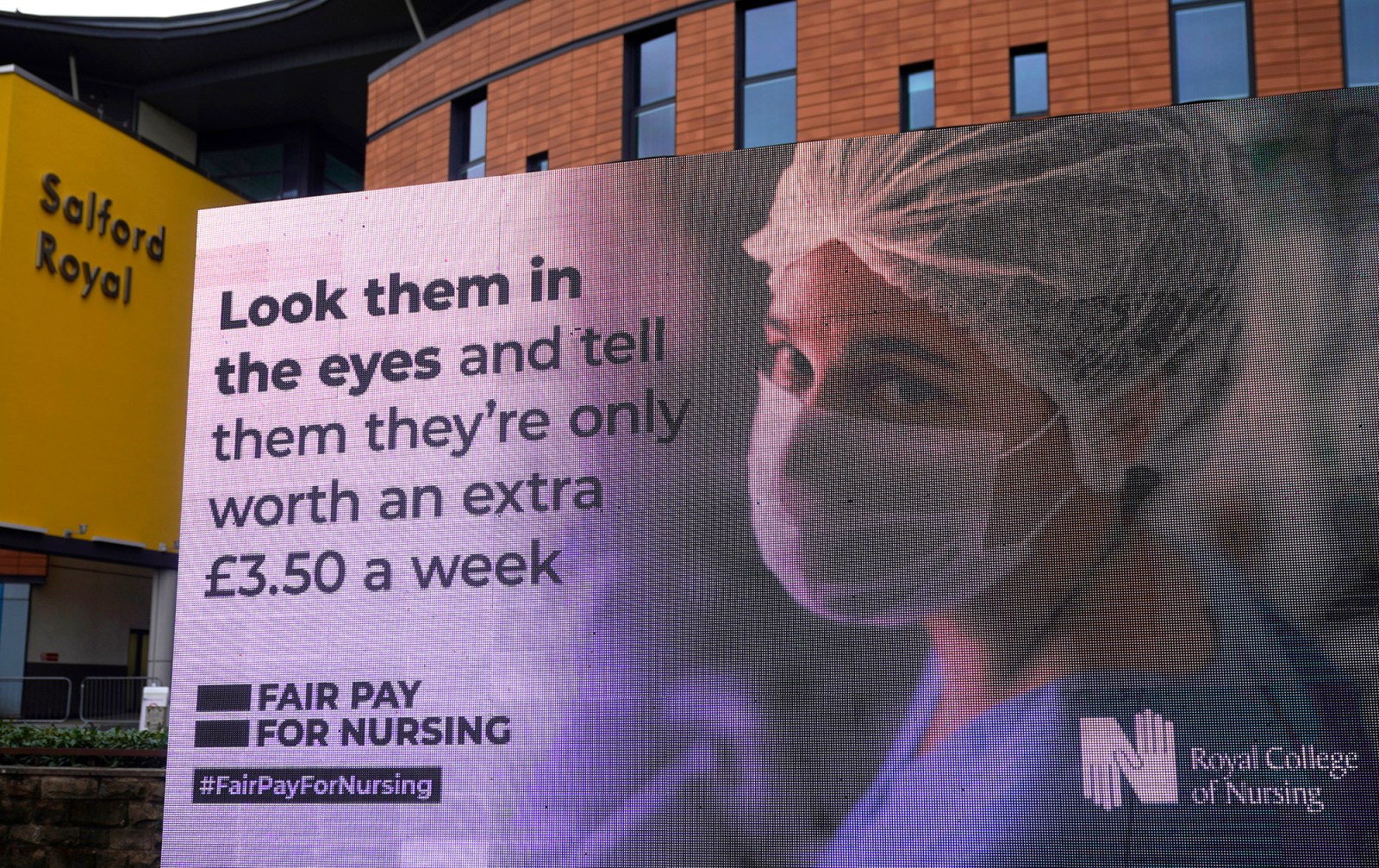 Britain’s government is offering healthcare workers a 1% pay rise, which is likely to amount to a pay cut after inflation, at the same time as its military spending has just overtaken Russia to become the world’s fourth-largest defence budget.

Their frustration comes as a new study shows the UK government has increased spending on the military to $61.5-billion last year, up from $54.8-billion in 2019.

The International Institute for Strategic Studies (IISS) said this means Britain now has the fourth-largest defence budget in the world, ahead of Russia, France and Germany.

Russia is 70 times the size of the UK and has more than twice as many inhabitants.

Only the US, China and India spent more on their militaries than the UK, with the Pentagon accounting for 40% of the world’s defence expenditure. 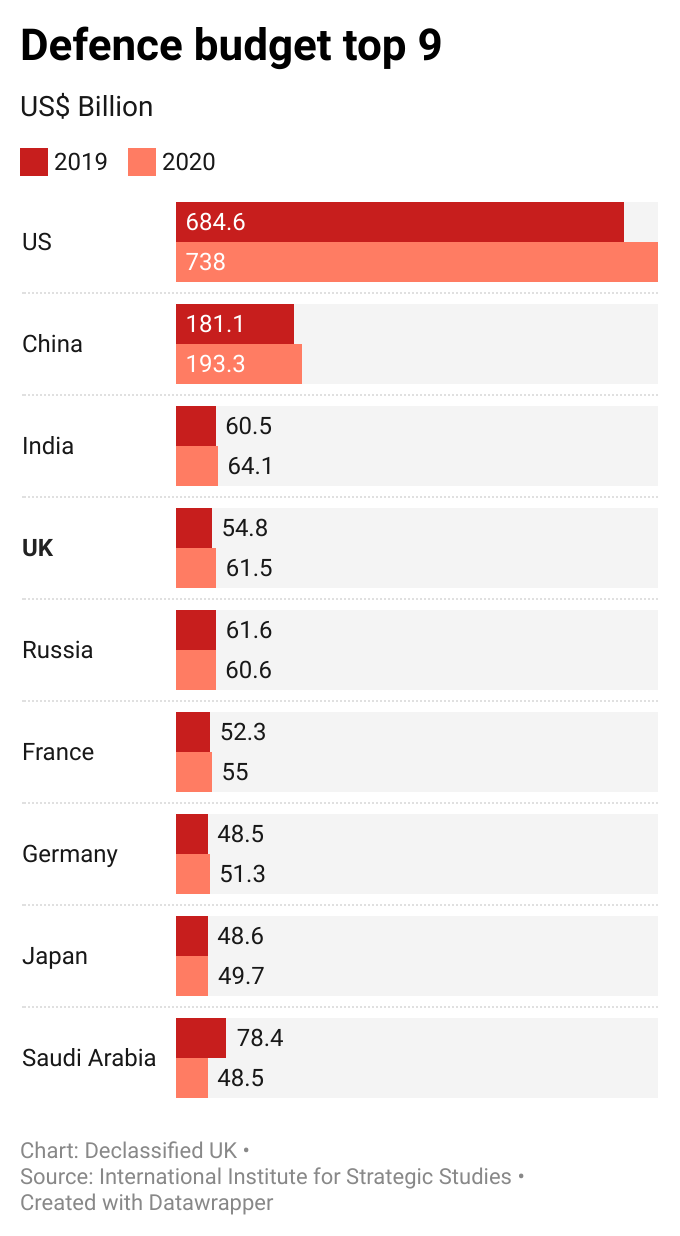 Pandemics are among the top threats to UK national security, with 140,000 Britons dying with Covid-19 so far. That’s three-and-a-half times as many people as were killed by German bombs in the Blitz of World War 2.

Healthcare staff were promised a 2.1% pay rise, until the chancellor announced last week it would be as little as 1% – or 50 pence a day extra.

When inflation is taken into account, it represents a pay cut. NHS salaries can be as low as £18,000 a year.

The Royal College of Nursing said the Treasury missed an “opportunity to value vital nursing staff” and called for nurses to get a 12.5% pay rise.

Currently around £56.1-billion of the NHS annual budget goes on staffing costs. A 1% pay rise would cost approximately £561-million.

That’s almost the same amount the Ministry of Defence (MOD) spent on missiles for its new fleet of F-35 Lightning fighter jets in January.

The F-35 is an over-budget and behind-schedule aircraft that has been plagued by technical problems, such as difficulties flying in thunderstorms and shooting straight.

A former Pentagon aerospace designer has said the F-35 is “a total piece of crap”.

A week after the missile spending was announced, the MOD said another £76-million would be spent maintaining the F-35s.

Other spending announcements during lockdown this year include £180-million on armoured vehicles for the British army, £102-million on a surveillance system for soldiers and £98-million for shoulder-launched missiles.

Last March, Declassified reported that the British government was likely to spend more than £200-billion over the next decade to fulfil its pledges on military procurement for equipment such as new nuclear-armed submarines, aircraft carriers and combat aircraft.

In addition, other costs for the Trident nuclear weapons system could reach up to £164-billion in the 40 years to 2061.

Murad Qureshi, chair of Stop the War Coalition, told Declassified the increases in military spending were “ludicrous” and would ensure “Britain’s position as Europe’s biggest military spender at a time when it has one of the highest coronavirus death tolls on the continent”.

He added: “I don’t hear a public clamour for Space Command or a National Cyber Force but l do hear a very strong appreciation of our carers and frontline workers.”