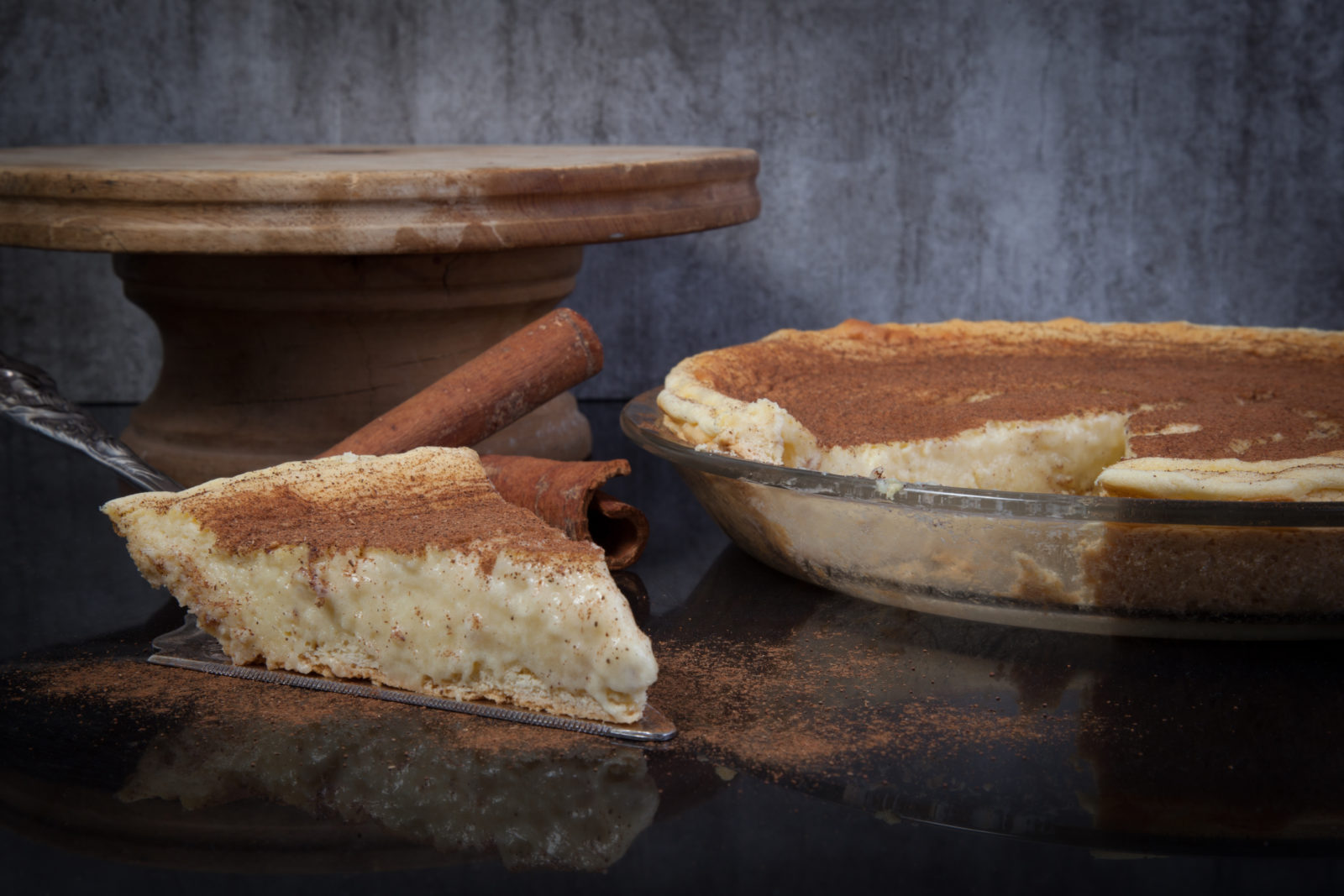 In honour of National Melktert Day on Saturday 27 February, and with a nod to the old colonial style of the great C Louis Leipoldt, here is a recipe based on the famous one in SJA de Villiers’ Cook & Enjoy.

Make a paste by rubbing a tablespoonful of butter with a half cupful of self-raising flour. To this add a tablespoonful of castor sugar and a pinch of salt. Beat a large egg and mix this in to form a firm dough, which must then be pressed into the greased base of a pie dish and worked towards the edges and up the sides. Prick this with a fork and refrigerate till required.

Preheat your oven to 220℃. For your filling, boil two cupfuls of milk with a stick of cinnamon and the peel of an orange or indeed of tangerine should you have it to hand.

In a saucepan, combine four tablespoonsful of sugar, three tablespoonsful of cake flour, one tablespoonful of cornflour and a pinch of salt. Add to this mixture the cooked milk, a little at a time, having discarded the peel but retaining the cinnamon stick, and stir it over a low heat till it has thickened.

Remove the cinnamon stick and add two tablespoonsful of butter, stirring it well to dissolve the butter. After it has cooled for a few minutes, beat three egg yolks and stir them into your mixture, a little at a time.

Whisk three egg whites with one tablespoonful of castor sugar till thick, and fold in a third of this, then the remainder.

Pour this into your lined pie dish, which you have removed from the refrigerator to return it to room temperature.

Bake it in a hot (220℃) oven for 10 minutes, then turn the heat down to 200℃ for another 10 minutes. Sieve some powdered cinnamon on top or some nutmeg, or both, and possibly some little crosses of citron peel as well. DM/TGIFood