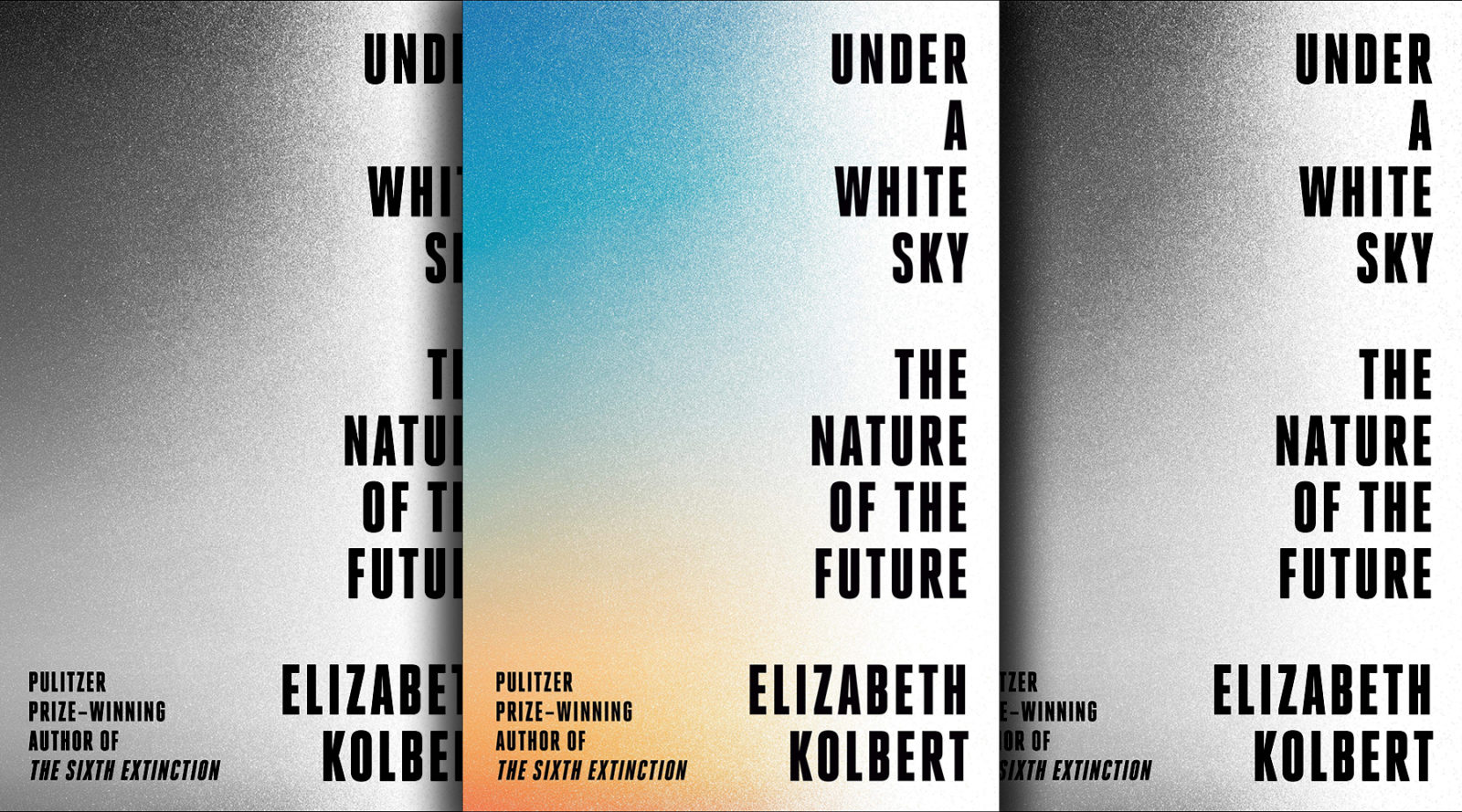 In her latest book, New Yorker writer Elizabeth Kolbert dissects the unrelenting logic of the ‘Anthropocene’.

This reviewer always learns something new from Kolbert, whose prose is as often as powerful as her passion for the planet.

I first recall coming across the term ‘Anthropocene’ in her previous book published in 2014, The Sixth Extinction: An Unnatural History. In her latest book, Under a White Sky: The Nature of the Future, she has further enriched my limited vocabulary with terms such as “synanthrope”.

Synanthropes, by the way, have fared relatively well in the Anthropocene.

Anthropocene is the term of art now used to describe the most recent phase of the planet’s history and humanity’s outsized impact on it. It has not yet been officially adopted by science to denote the current geological epoch, but it is probably only a matter of time before this happens and many scientists now refer to the Anthropocene.

Historians, political scientists and academics from a range of other disciplines have also embraced the concept.

A synanthrope is a wild animal species that, along its recent evolutionary journey, has found that living in close proximity to humans – be it in urban/suburban settings, farms or rural villages – is beneficial.

Raccoons and coyotes in North America and foxes in the UK would fall into this category, as well as house sparrows and the ubiquitous common rat found from Johannesburg to New York to Moscow.

Go to almost any rubbish dump in South Africa outside of the arid west and you are bound to see sacred ibis feasting. It is a faunal existence that falls between the wild and the domesticated.

The Anthropocene gave rise to domestication while blurring such distinctions, and Kolbert takes readers on a journey through humanity’s attempts to alter the course or damage wrought by the Anthropocene – by unnatural methods.

“And so we face a no-analog predicament,” she writes. “If there is to be an answer to the problem of control, it’s going to be more control.

One example is the Chicago River, which had its course altered by a canal over a century ago. Now the waterway is being subjected to shock treatment – electrified to rid it of the invasive Asian carp.

“First you reverse a river. Then you electrify it,” Kolbert writes. That is the control of the control of nature. In Kolbert’s rendering, Homo sapiens is the ultimate control freak, and she has a point.

In Australia, she visits scientists trying to undo “yet another biocontrol effort gone awry” – the island continent down under has been besieged by a giant amphibian known as the cane toad.

“In keeping with the recursive logic of the Anthropocene, researchers… were hoping to address this disaster with another round of biocontrol.”

The efforts centre on editing the genome of the toad, native to South and Central America and the subtropical tip of Texas. The toad, in the mid-19th century, was imported to the Caribbean to contain beetle grubs which were plaguing sugar cane, the foundation of the region’s political economy, which is also an invasive species.

This human-aided journey would eventually take the toads to a research station in Australia’s sugar cane country. Australia has no native toads, so its native fauna have been easy prey for the species – another common theme of the Anthropocene. So why not edit their genes in such a way that their population is contained?

“The issue, at this point, is not whether we’re going to alter nature, but to what end?” Kolbert notes.

Also in Australia, she reports on an initiative to alter coral reefs to withstand higher temperatures.

Elsewhere she speaks to scientists who want to shoot tiny diamonds into the stratosphere to reverse human-made global warming – talk about an opportunity for De Beers! – and engineers in Iceland who are turning carbon emissions into stone.

The list is endless if one stops to think about it.

The mining industry is increasingly under regulatory, public and shareholder pressure to rehabilitate the environment in the aftermath of its activities. Is what is created in its wake “natural?”

“Rewilding” has seen many species returned to their former ranges, a conservation movement with roots in early efforts to save the American bison and white rhino in South Africa from extinction.

Fencing is becoming the policy of choice to contain megafauna which poses a danger to humans – is this not an attempt to control the control of nature?

Yet rewilding the landscape with big, dangerous critters is also an attempt in some cases to rectify the original sin of the Anthropocene – the human-induced extinction of much of the planet’s megafauna outside of Africa, which this reviewer elsewhere has speculated may have been a product of human/wildlife conflict.

Even the term “human/wildlife conflict”, which has perhaps played a pivotal role in our history, speaks to the Anthropocene in a stark, “Us versus Them” kind of way.

There are also tree-planting initiatives all over the place, even as tropical forests continue to get mowed down. 3-D printed “meat” is now on the menu to move the global human diet “beyond meat”. And so on.

Kolbert does not address these latter points directly. This is food for thought which sprouts from her insights, which also raise this unsettling question: when the Anthropocene finally comes to an end, will it also mark the end of history? DM/ML/OBP

The dietary fat debate rages on