Nomzamo Butchery cooks up a bright future from family legacy 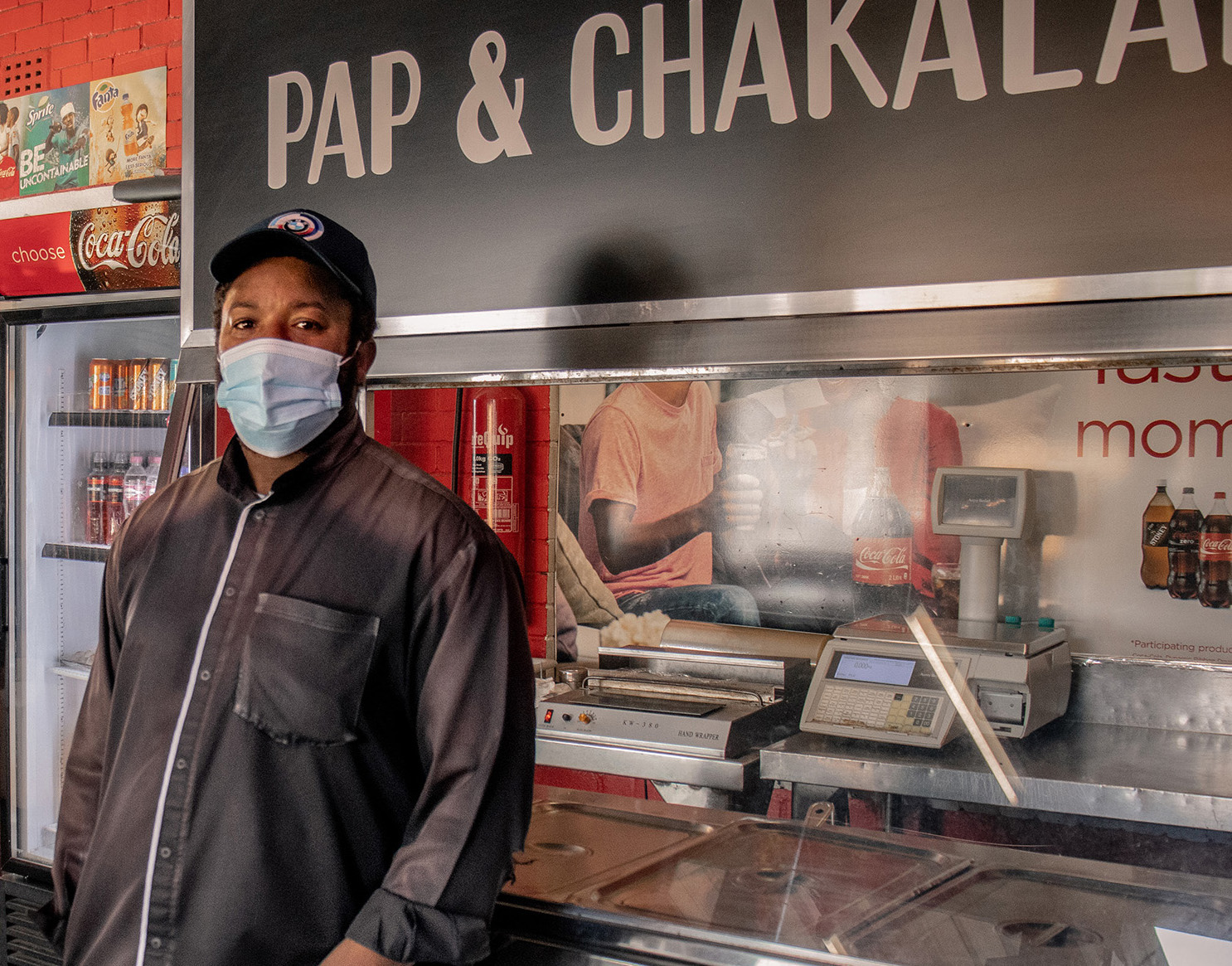 The oldest family-owned butchery in Cape Town’s original township, Langa, is thriving despite the obstacles of lockdown thanks to the resolve and grit of the family’s new generation.

The lockdown and changing levels have been challenging for the food industry with establishments having to scale down or shut down permanently. In Langa, Cape Town’s original township, the new generation that owns the family butchery business responded by taking measures to protect their mother’s legacy.

Nomzamo Butchery is run by siblings Viki and Nam Mangaliso who took over the reins from their business minded mother Lindi Mangaliso in 2003 after her passing. While mindful of the great foundation she laid, the duo are doing things their own way and it is working out well for them even in these challenging times.

Nomzamo Butchery survived the initial lockdown by catering to local customers who could not leave the area. As the months passed and income dwindled they opened a second store selling more economical cuts of meat including offal and sheep heads.

Thando, the eldest Mangaliso sibling, flew down from Johannesburg to help with the opening. Viki explains, “That’s our value chain shop. There’s obviously a demand for it. People who just want that sausage for R12 or the pork head for 20 bucks. Just in and out, there is none of the theatre that happens at the original shop. It’s grown from strength to strength because it’s a product that people are familiar with but now it’s so much more convenient.”

Lindi Mangaliso is no longer there but her memory lives on in the recollections of her children. Lindi’s mother had a degree in Social Science and her father was a graduate of Fort Hare University with Bachelor of Arts and Bachelor of Education degrees. He became the first principal of Langa High School. Lindi went to study nursing at the University of Fort Hare where the entrepreneur bug first bit.

Viki Mangaliso recalls how the seed was planted.

“It started in varsity days when she met up with some nurses, they were telling her about all this money they were making and she thought to herself, I’m going to be a nurse. I need this money in my life. Then she became a nurse and she thought, this is not what I expected. If I want my kids to go to Bishops I’m never going to make that happen as a nurse.”

Eldest sibling Thando Mangaliso can remember the origins of the butchery.

“I remember all of a sudden there was a point when the house was full of stock. There was a lot of meat in the house and it quickly turned into a spaza shop. We were living in Gugulethu NY 43 number 42, that was a two bedroom house and we changed the kitchen into a shop.”

Shortly after that the butchery moved to prime real estate in the Langa business district and has been there ever since.

With the permanent establishment of the butchery in Langa, each of the Mangaliso children felt the impact of the family business at an early age. Thando remembers how methodical the running of the butchery was, from outsourcing bookkeeping and legal work to hiring blockmen from other areas to train the staff. For Nam the butchery became part of his childhood.

“I was in boarding school at Bishops, so on Sundays before going back to campus this is where I would come to. This was part and parcel of our lifestyles.”

Viki had a slightly more fun introduction to the business but reality caught up in her teens.

“What I remember from working with her here is that at first it was fun because I didn’t have to do much, I just walked around and followed her. I also had an old cheque book, I used to sign cheques. But when I became a teenager I just felt like she was trying to stop me from being out there. It felt very boring.”

While they were exposed to all aspects of the business there was never any pressure for the children to be involved in the business as adults. After graduating Thando spent a few years travelling then moved to Johannesburg to found the luxury fashion house Sun Goddess. Nam spent the years after studying travelling in Europe. Viki obtained a degree in classical music and had a stint in Dubai singing vocals for a cover band.

In 2003 when the siblings took over the business from their late mother they were aided by her having left a solid system in place. But there were other obstacles. Thando talks about how opportunists soon came out of the woodwork.

“After my mother passed, a lot of people came trying to scam, or they wanted a job so they could steal from us, or they claimed that she owed them money and they wanted us to pay. Fortunately we were quite streetwise and we took care of people one by one as they came. It was a challenging transition in some ways but the thing that kept us going together is how we supported each other all the way.”

Even after that there were internal challenges that arose from working with family.

“Working with siblings isn’t easy, there are fights sometimes but at the end of the day we realise that survival depends on our unity,” said Thando. Nam echoes this sentiment.

“You do encounter challenges, people sometimes have their own opinions. I think the most important thing is to be able to listen and to accept someone else’s opinion. Try it out and sometimes you will end up liking it.”

Time passed and the butchery continued to supply Langa and surrounding communities with fresh meat, cooked food and braai meat. In addition they take their involvement in the community seriously, as not just a business but offering a helping hand when needed. Over and above donating to ad hoc requests from those in need they also support several institutions permanently.

“Basically we donate meat and juices to creches to help them out during lunch and teas. It’s an ongoing thing throughout the year. We have three to four under our belt at the moment. I feel we could do a little bit more but that’s what we are doing for the time being.” says Nam.

As soon as news of the lockdown imposed by Covid-19 was released Viki made it a priority to obtain an essential services permit. “When they said essential services I said, well, that’s meat. I spoke to the staff and we discussed how to protect ourselves. I was determined not to close.

Given the family legacy it begs the question of the current generation of Mangalisos expecting their own children to continue trading in the business. They are quite relaxed in their expectations. Viki is adamant about not putting any pressure on anyone to follow in their footsteps.

“As far as the next generation it’s up to them. I have a couple of volunteers who have put up their hands. There are a couple of little people who have said, ‘I’m going to be a DJ at Glastonbury and then when my set is finished I’m gonna come and do a shift at Nomzamo.’

“The kids come through and they enjoy being here and hopefully at least one of them one or two of them will come and continue the legacy of what their grandmother started.”

Nam is equally open minded about what the future holds.

“My feeling is I would never push someone into doing something that they wouldn’t do. So it would be entirely up to them. If one of them decided to study something completely different to the business of meat they could basically incorporate that into the business by taking it to another level or turning it into something else.

“At the end of the day this is a space in the CBD of Langa but anyone could do anything with this place with a bit of imagination.”

Thando feels it’s more important for the children to pursue an education in whatever interests them then decide if the butchery is something that interests them.

With a respectful cognisance of the past and acknowledgement of their mother’s legacy the Mangalisos seem poised to forge their own traditions by allowing their offspring to do with generational privilege whatever seems best for them. While they wait to see what that future looks like they will continue to serve their community excellent meat and benevolent goodwill. DM/TGIFood

"For the happy man prayer is only a jumble of words until the day when sorrow comes to explain to him the sublime language by means of which he speaks to God." ~ Alexandre Dumas