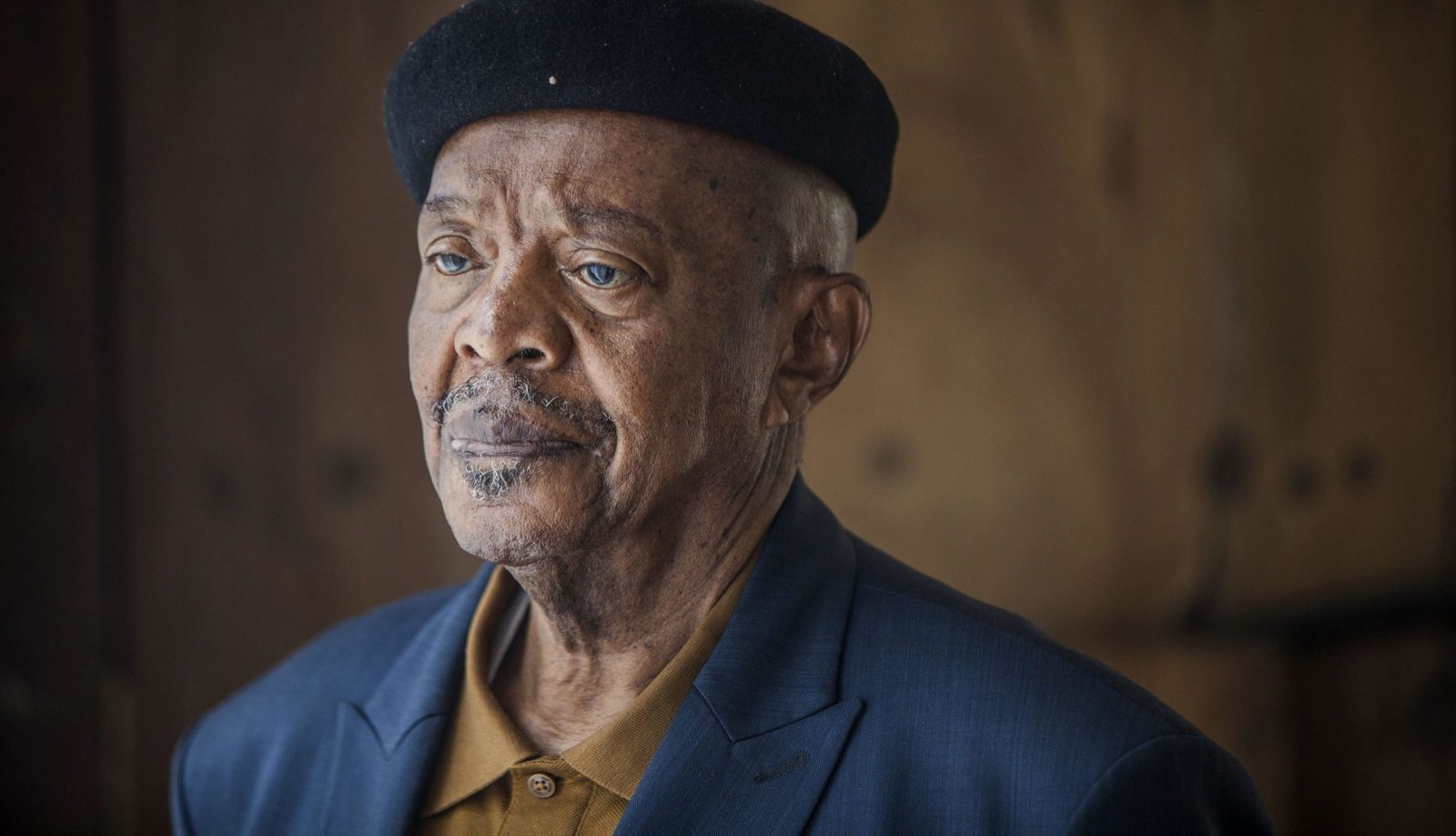 With his trombone and signature black beret, the little bebopper spent 65 years on stage blowing audiences away, both overseas for the anti-apartheid movement and at home.

This story was first published by The Conversation.

Music is not a zero sum game with only one “best”. But if you seek to name one musician whose life embodies the South African people’s struggle for a national culture, it must be trombonist, composer and cultural activist Jonas Mosa Gwangwa, who was born on 19 October 1937 in Orlando East, Johannesburg, and died on 23 January 2021 in Johannesburg aged 83.

Through 65 years on stage, Gwangwa’s playing contributed to every genre of South African jazz. Overseas, he was hailed as player, producer and composer. Yet he chose to step away from mainstream success for 10 years, leading the Amandla Cultural Ensemble of the African National Congress (ANC) to win hearts for the anti-apartheid struggle everywhere and present a vision of what post-apartheid national culture could be.

He battled painful injury (accidents shattered the same femur three times), was hunted for his life by the regime’s forces and experienced both the heyday of South African liberation culture and the far more ambivalent times since.

Throughout, he cherished a half-century-plus love affair with his wife, Violet, and brought his family – scattered across half the globe – home intact to a free South Africa. Violet’s death, only a few short weeks before his, had left him and the rest of the family devastated.

Gwangwa started his career in the 1950s in the Father Huddleston Band at St Peter’s College in Johannesburg. When instruments were allocated he hoped for a clarinet, but was shy to object to the offered trombone.

There was music in the family, lessons at school, and from American jazzmen on the bioscope screen at the Odin Cinema in Sophiatown. From Dizzy Gillespie, the schoolboy Gwangwa borrowed his lifetime trademark: a jaunty black beret. He became, in his own words “this little bebopper.”

Politics shaped Gwangwa too. The 1954 Bantu Education Act ended Father Huddleston’s St Peters, but not before the band had played at the adoption of the Freedom Charter in Kliptown. He said, “Everybody shared a perspective – you didn’t even classify it as ‘being political’ … nobody separated the music from the politics.”

Because trombone was a scarce sound in African jazz bands, Gwangwa’s tricky bebop chops caught the ears of the elite Jazz Dazzlers. His vision expanded with the Jazz Epistles, whose Jazz Epistles: Verse One became the first modern jazz album from a Black South African band.

That was the first of several firsts. Gwangwa was co-copyist for the first all-Black South African stage musical, King Kong, travelling with the show to London and starting a lifelong love affair with the stage musical format: “Words, action, and music! I became fascinated with just how you … put all those pieces together.”

London contacts helped Gwangwa secure a place at the Manhattan School of Music in New York. There, sharing a flat with Hugh Masekela, his meagre allowance went as often on gig tickets as food, as he imbibed mainstream classics and the new “free jazz.”

Equally active in politics, he helped organise South African students in America, and served as first eye on the text drafted by old schoolfriend, poet Keorapetse Kgositsile, of Miriam Makeba’s 1963 anti-apartheid address to the United Nations.

He worked with Makeba and Harry Belafonte, most famously as arranger, adapter and conductor for the 1965 Grammy-winning Best Folk Album An Evening with Harry Belafonte and Miriam Makeba: another first.

Then came residencies, film scores, multiple recordings across genres, musical direction and tours; with the Union of South Africa, and with Herb Alpert, when the trombonist won seven curtain calls for a barnstorming solo on his own Foreign Natives. Despite its painful interruption midstream by the reckless driver who first crushed his leg, Gwangwa’s American jazz star was rising.

But he had loyalties bigger than the stage.

This is a liberation movement!

In 1980, Gwangwa answered the call from ANC President OR Tambo to scour the military camps of Angola for young talent to establish the campaigning Amandla Cultural Ensemble. The call was too politically important to ignore, and the opportunity to create an entire stage show excited Gwangwa so much that “sometimes … I couldn’t sleep”.

He spent most of the next decade between Amandla (rehearsing in Angola and touring the world) and Botswana (with his family and contributing to the local cultural scene with the Medu Arts Ensemble). In both settings, he was an innovator. Botswana musicians say he helped build their professionalism and shifted their focus towards indigenous inspirations. In Amandla, he consciously re-visioned traditions, casting female performers in previously all-male traditional dance roles: “Why not? … this is a liberation movement!”

Some cynical analysts suggest Amandla’s winning musical arrangements and dramatic stage interludes simply prettied-up struggle culture for overseas audiences; they miss the point. Gwangwa’s love for the struggle was genuine and deep, never cosmetic – and he couldn’t have written an unattractive tune if he tried.

Gwangwa believed that political theatre deserved exactly the same high aesthetic standards as any other stage performance, and according to the memories of other Amandla performers, he enforced these relentlessly at rehearsal. Audiences everywhere responded to that combination of passion and professionalism.

Amandla’s impact put the Gwangwa family home on the South African Defence Force hit list for the 1985 raid on Botswana.

It was razed (fortunately the occupants were elsewhere) and the regime’s hunt did not cease. Roots were pulled up again, for London,

then America. During that uneasy, unsettled time, Gwangwa scored another first: an Oscar nomination (and more) for his Cry Freedom film score, co-composed with George Fenton.

Finally home again in 1991, some recognition arrived: Orders of Ikhamanga for both him and Amandla; commissions for various official and pan-African causes; honorary degrees and more.

Yet he still constantly struggled to earn from tours, shows and recordings, encountered record label problems over material deemed “political” – and “state composer” was not who he wanted to be. Although he was committed to the new South Africa and happy to contribute, he really “wanted to be on the ground with the guys,” he told me in 2019 from his sickbed, “doing something important”.

He was saddened by globalised, commoditised official perspectives on the arts, and by the sidelining of everything Amandla had tried to build. His music had always explicitly been his weapon, and, “We are still within an era of struggle.”

In June 2019, Gwangwa was struck by a serious illness that left him bedridden. He struggled valiantly towards recovery and was never bitter.

Interviewing him for his forthcoming biography, I asked him what he was proudest of. “Amandla. Because it involved all the things in music that excited me the most, and gave me the opportunity to bring them together … for the most important reason possible: it was for the people.” Hamba kahle, mkhonto [Go well, spear]. DM/ ML