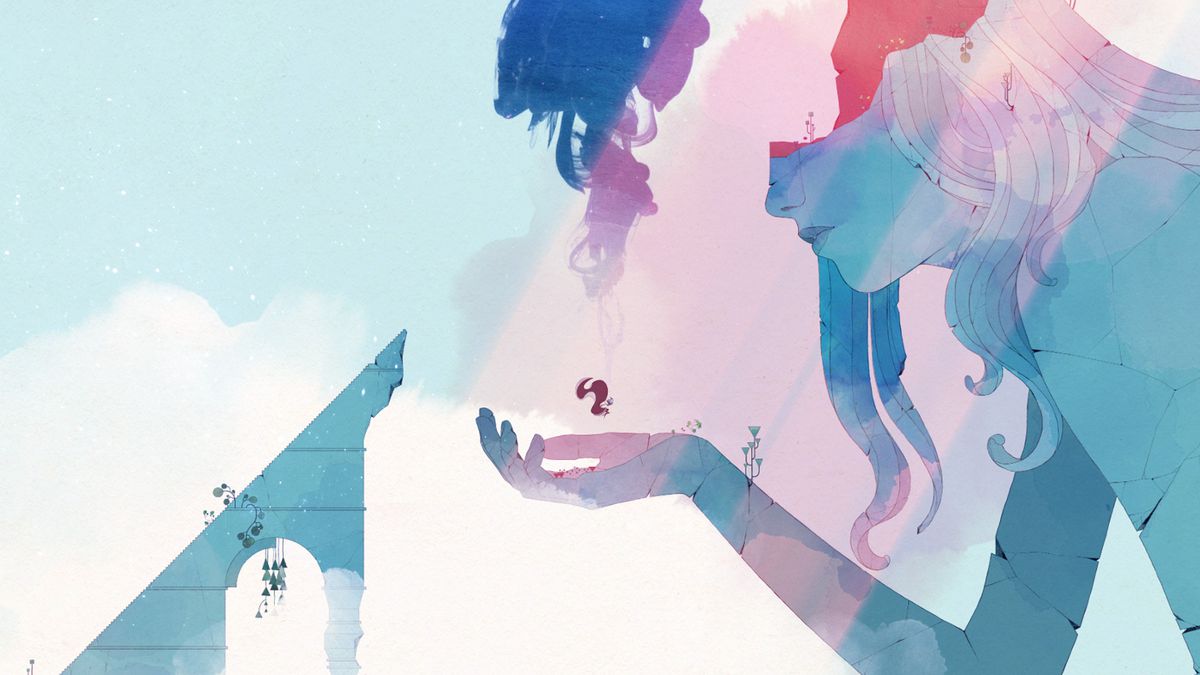 Over the past few years, their beauty and imaginative gameplay has won them numerous awards and amassed fans among gamers and non-gamers alike.

Arcade games such as Candy Crush and multiplayer “shoot ’em ups” such as PUBG tend to top mobile game charts on app stores, but for those looking for a gentler, slower and more aesthetically pleasing gameplay to pass time, GRIS and Monument Valley remain excellent choices.

“Every frame you see has been hand-drawn digitally … frame by frame, then it has been coloured. We have had probably 80% of the people in the studio working on the art and animation. Almost everybody!” the game’s technical director Adrián Cuevas told website Gamereactor when GRIS was first released for the Nintendo Switch, as well as Steam for Apple and Windows desktops, back in December 2018.

The story goes that Cuevas and Roger Mendoza, both Barcelona-based programmers with video game company Ubisoft, met well-known artist on the Barcelona art scene Conrad Roset at a party. They got talking and when Roset found out the pair were game developers he mentioned he’d always had an interest in using his art for videogames. And when the programmers saw examples of his work, they knew they’d stumbled upon something special.

Cuevas and Mendoza would quit their jobs at Ubisoft and Roset would put his other projects on hold and, over a period of two years, 2016 to 2018, the three would establish Nomada Studios and develop the studio’s first game, GRIS.

Its name is both the name of its protagonist and the word for the colour grey in Spanish. It is a breathtakingly beautiful game. From the intro scene, each frame is a graceful illustration worthy of a frame and a wall. The two-and-a-half-minute opening sequence kicks off with our protagonist, painted soft pastel reds and blues, lying on the palm of a giant crumbling statue, before falling down onto what looks like a black and white desert.

It is a 2D platformer adventure game, meaning the player can only move right and left or up and down. With no explanation at the beginning, you start moving forward and the game’s mechanism reveals itself as you wander through ruins and serene landscapes, solving puzzles, collecting light fragments and revealing more of the game’s colours and universe. Although some of its puzzles might be a tad challenging, once you figure out how to use your character’s abilities as they are revealed within the different environments, it becomes much less challenging than typical puzzle games.

For example, at the beginning, one might miss the stairs that, at first glance, seems as though they’re in the background, causing the player to move back forth with seemingly no way out. But even with these minor teasers and puzzles along the way, the beauty and serenity of the game remains an amazing escape, as the narrative and ever-more beautiful locations reveal themselves.

In Monument Valley you play as Princess Ida, navigating exquisitely designed levels of optical illusion and puzzles. The game was designed back in 2013 and released in 2014.

“Early on in the project someone said it would be great if every frame of the game was so beautiful you’d want to hang it on your wall as a piece of art… That became our ambitious goal,” said artist and game designer Ken Wong in an interview with Wired back in 2013. Indeed, years later, Monument Valley remains one of the most beautiful mobile games, arguably even more beautiful now with improved smartphone displays.

The puzzles are not exactly difficult, which remains one of the more consistent criticisms of the game. But what it lacks in challenging gameplay it more than makes up for in design. At each level, Princess Ida has to figure a way out, leading to the next one. Each of the levels features a 3D spatial puzzle and the player taps where they would like to move Ida. The difficulty increases at a very gentle pace, with pulls and switches revealed at later stages.

There are 10 sections in total and, depending on your style, you can complete the game in a few hours in one sitting, or you can savour it, playing a little each day. Either way, it’s short and sweet, but an engaging and beautiful experience that, upon completion, will likely have you downloading the equally beautiful sequel, Monument Valley 2, which was released in 2017.

The sequel is slightly longer, with 14 chapters, featuring a new lead character, Ro, and her daughter. The premise is similar to that of the first game, albeit with slightly more challenging levels. You also get to control both characters, who often have to operate different parts of the puzzle in order to get to the next level. It is every bit as enjoyable and calming as the first one. DM/ML