Photo by Anna Shvets from Pexels

As for many, there were several moments in 2020, that I will never forget. One, which brought a sense of relief was the news in November that a COVID-19 vaccine had a 95% efficacy rate and was on track for emergency approval before the end of the year.

It was this sliver of light at the end of the tunnel that prompted a 6.5% rally in the bellwether US stock market index, the Dow Jones Industrial Average, taking it to fresh highs, which it managed to sustain into the New Year.

This sharp turnaround in sentiment for the better on the promise of an end to the pandemic and outweighed concerns about second and third waves of infections spiralling out of control that required further shutdown measures.

And so, we all began 2021 with high hopes of an economic rebound, anticipating a year in which there would be many changes for the better. However, a couple of weeks into the New Year, it is already clear that the burning economic concerns that weighed so heavily on our minds in 2020 will continue to do so this year.

Efficient distribution of the vaccine a key determinant

There’s no doubt that our economic fortunes will be dependent on the success of acquiring sufficient vaccines country by country  to achieve herd immunity as soon as possible. And therein lies the rub. Advanced economies have secured sufficiently large supply lines of the vaccines that have received emergency approval so far. However, for emerging economies like South Africa, it is a different story, and the disparities between other countries’ economic revivals will likely widen.

South Africa is only expected to have vaccinated 10% of the population by the end of 2021. If that is so, it could well prove a year that is much the same, if not worse, than last year unless government and the private sector manage to secure far more vaccines than currently in the pipeline. China and Russia’s vaccines have yet to display anywhere near the three primary vaccines’ safety and efficacy standards developed in the West.

So the economic gap between emerging and advanced economies is likely to widen this year.  The economic consensus is for a second-half recovery in the developed world. However, emerging markets struggling to vaccinate their populations could well trail these rebounds by upwards of six months.

China will remain an outlier in a post-pandemic world, having gained a five-year lead on the US due to its early economic recovery from COVID-19. That is the view of the Centre for Economic and Business Research, which, in its latest 2021 World Economic League Table, predicts that China will oust the US as the world’s largest economy in 2028, not 2033 as previously predicted.

Stimulus measures will need to be maintained

Another economic dynamic that will continue to hold sway in 2021 is the ongoing stimulus measures that will need to remain in place until the global economy can go alone. Monetary policy is likely to remain exceptionally accommodative, with the implication that the trillions of dollars of negative-yielding debt are likely to remain a feature of the investment landscape. There is, however, already talk of when the US Federal Reserve may begin withdrawing support and when it will consider raising interest rates again. The common consensus is that done too early, this could result in a disruptive taper tantrum when we can least afford it.

After years of reiterating the vital role fiscal policy would need to play in underpinning a world economy battered by two ground-breaking crises in 12 years, the US and European Union are likely to maintain, if not increase, their stimulus spending programs. On the other hand, South Africa has little to no leeway to do so, a reality that is embedded in the exceptionally high yields at which government bonds continue to trade. The inroads the National Treasury and government manage to make in alleviating the country of its onerous fiscal burden will be closely watched during 2021. Failure to put in action the plans spelt out last year will take the country another step closer to falling off a fiscal cliff.

Inflation still a concern in 2021

Finally, concerns about inflation coming home to roost continue to weigh on policymakers and investors’ minds, with rising price levels now factored into investment decision-making and evident in inflation break evens. Stimulus measures, pent up demand and supply constraints as a result of the pandemic could together see a rising tide in inflation in the developed world that, if left unchecked, could become the world’s next big problem.

South Africa, as a small open economy, would undoubtedly be affected too. Still, for now, inflation remains under control, and there is a chance that the SA Reserve Bank may take the opportunity to reduce the repo rate again in the first half of 2020. With the country facing a bumpy road in 2021, we could certainly do with any help we can find to buoy the domestic economy during the year ahead.

Much will depend on authorities making wise choices globally – on vaccine distribution and economic policies. In this environment, it will be important to see through the noise and remain well-diversified so that your investments can cope with different scenarios because we are not out of the woods yet. BM/DM 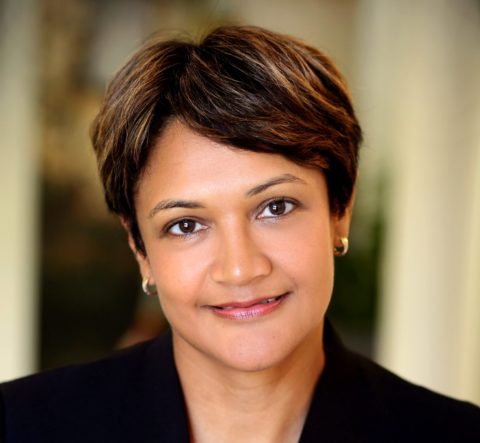