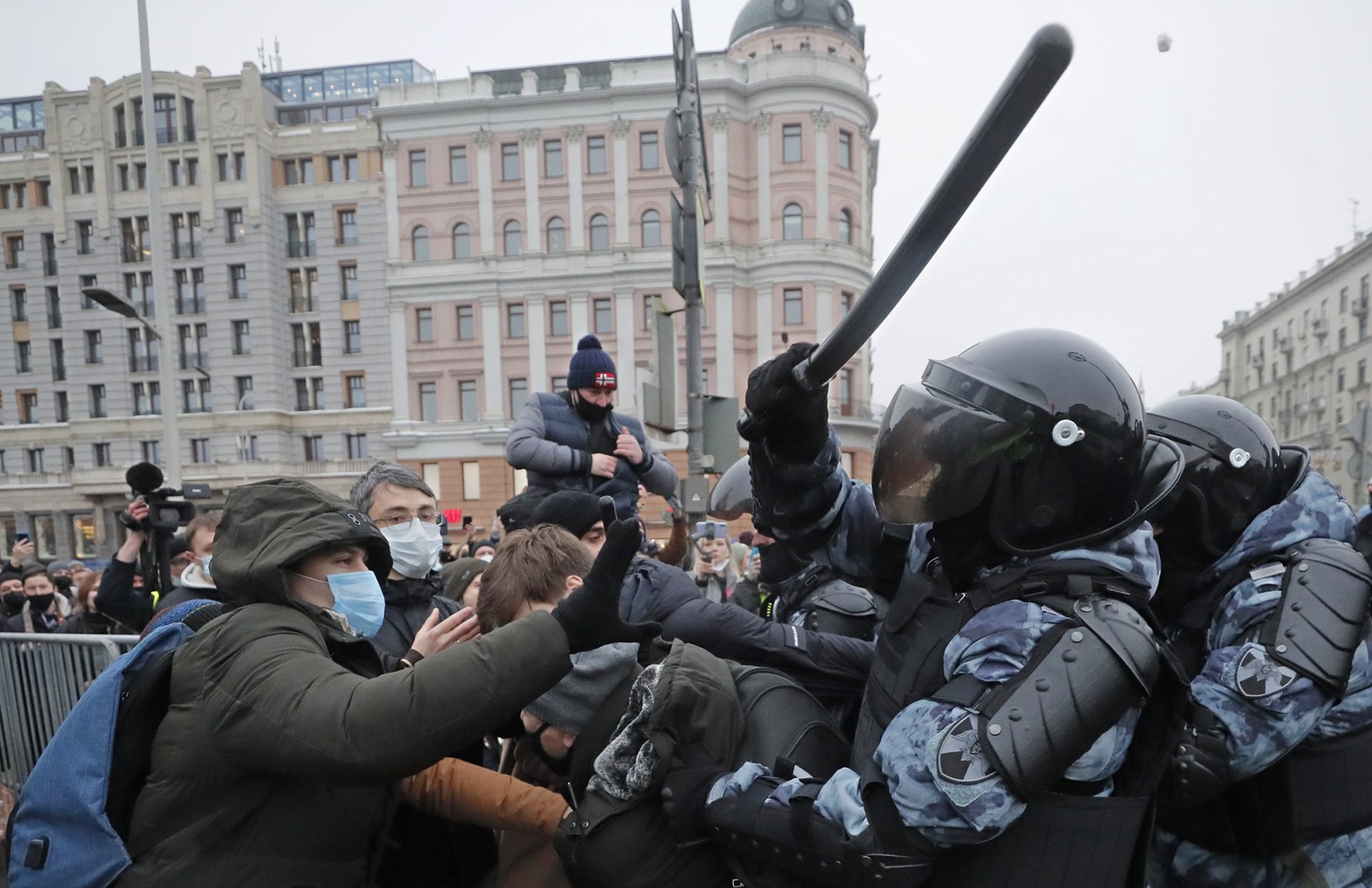 The calls follow protests by tens of thousands across several Russian cities against Putin and his government for their actions against opposition activist Alexei Navalny, who was arrested last weekend on his return to Russia.

Political opponents of Russian President Vladimir Putin have called on the West to impose tough targeted sanctions against those responsible for the poisoning and arrest of Russian dissident Alexei Navalny.

They urged Western governments to sanction not only the government officials who acted against him, but also Putin’s oligarch cronies, whom they said sponsored his repression by helping him stash money abroad.

Mikhail Khodorkovsky, leader of the opposition group Open Russia, and a former political prisoner; Garry Kasparov, Russian pro-democracy leader and a former world chess champion; Vladimir Kara-Murza, Russian opposition politician and vice-president of the Free Russia Foundation; and Bill Browder, investment fund owner and head of the Global Magnitsky Justice campaign, made the appeal at a press conference on Saturday.

They asked Western governments to slap sanctions on Putin’s officials and sponsors under the Magnitsky Act which imposes targeted travel bans and freezes the assets of individuals around the world accused of human rights violations and corruption.

Their calls follow protests by tens of thousands across several Russian cities on Saturday against Putin and his government for their actions against Navalny, who was arrested last weekend on his return to Russia. He had spent about five months in Germany recuperating from poisoning in Russia in 2020 with the deadly Russian nerve agent Novichok, which only the Russian state apparatus officially has access to.

Khodorkovsky, the former billionaire oligarch who fell out with Putin and was jailed for eight years until 2013, said the Putin regime invested huge amounts of money in the West. This was not only to buy luxury items for themselves “but also for political corruption, for threats and for assassinations”.

Putin’s regime liked to present itself as a bastion of conservatism. “But these are not conservative people,” he said. “These are just a mafia. One should not respect them. These are just gangsters.”

Most Westerners didn’t want Putin’s “dirty money”, but wondered what to do about it.

“Well, the West can impact the regime using the mechanism of sanctions,” Khodorkovsky said.

The targets of sanctions should not only be those who carried out Putin’s “illegal orders”, such as prosecutors, judges, security and secret services, but also his sponsors, who held assets for him and his entourage.

Khodorkovsky said he hoped the European Union’s foreign council, meeting on Monday to discuss the Navalny case, would adopt these extra Magnitsky sanctions aimed at the officials and others who had persecuted Navalny.

Browder is a US-born British citizen who made a fortune in Russia after the collapse of the Soviet Union. Then he fell foul of Putin and was deported. His lawyer Sergei Magnitsky was arrested and tortured for exposing massive corruption and died in prison in 2009.

Browder and the Russian dissidents who participated in the press conference and others lobbied the US Congress to pass the Magnitsky Act to impose targeted sanctions against those implicated in Magnitsky’s murder. Since then the UK, Canada and the EU have adopted similar acts.

Browder told the press conference that Russians themselves would have to determine their fate, including through protests.

“But in the West, we also can help.” By stealing money from Russians and keeping it in the West, the Putin regime had exposed itself to the Magnitsky Act, which could freeze those assets.

After the EU adopted its own Magnitsky Act in December 2020, 31 countries now had such legislation. And there was no better reason to use it than against those implicated in the attempted assassination and false imprisonment of Navalny.

“I would estimate Putin to be the richest man in the world. But he doesn’t keep the money in his own name. He keeps the money in the name of his cronies, his billionaire friends. So that when you sanction them, when you freeze their assets in the West, you’re also sanctioning Vladimir Putin.”

He said he hoped this message reached all government officials in the EU, US, Canada and UK who were watching the way the Putin government had brutalised protesters across the country on Saturday.

Kasparov agreed the Magnitsky Act was a beautiful tool, but said it needed political will to be effective. “Stop playing games with the mafia. They don’t care about Russia’s interests. Go after their money. Do that and Putin will listen.”

Kara-Murza said the opposition inside Russia was growing, as witnessed by the participation of 160,000 people – 40,000 in Moscow alone – in Saturday’s protests across the country against the poisoning and arrest of Navalny.

“Only Russians can and will change the government,” he said. “All we ask of the West is to stay true to its values – stop enablers of Putin’s kleptocracy… stop Putin and his cronies using the West as a haven. We will do the rest.”

Khodorkovsky dismissed concerns that further sanctions might hurt ordinary Russians, saying the Magnitsky sanctions were targeted against individuals so that the money that was frozen could be later returned to the Russian people.

All four participants called for Germany to terminate the Nord Stream 2 gas pipeline project which will supply Russian gas to Germany. They said the pipeline would make Germany even more dependent on Putin’s Russia and give him greater influence over Germany’s policies. DM