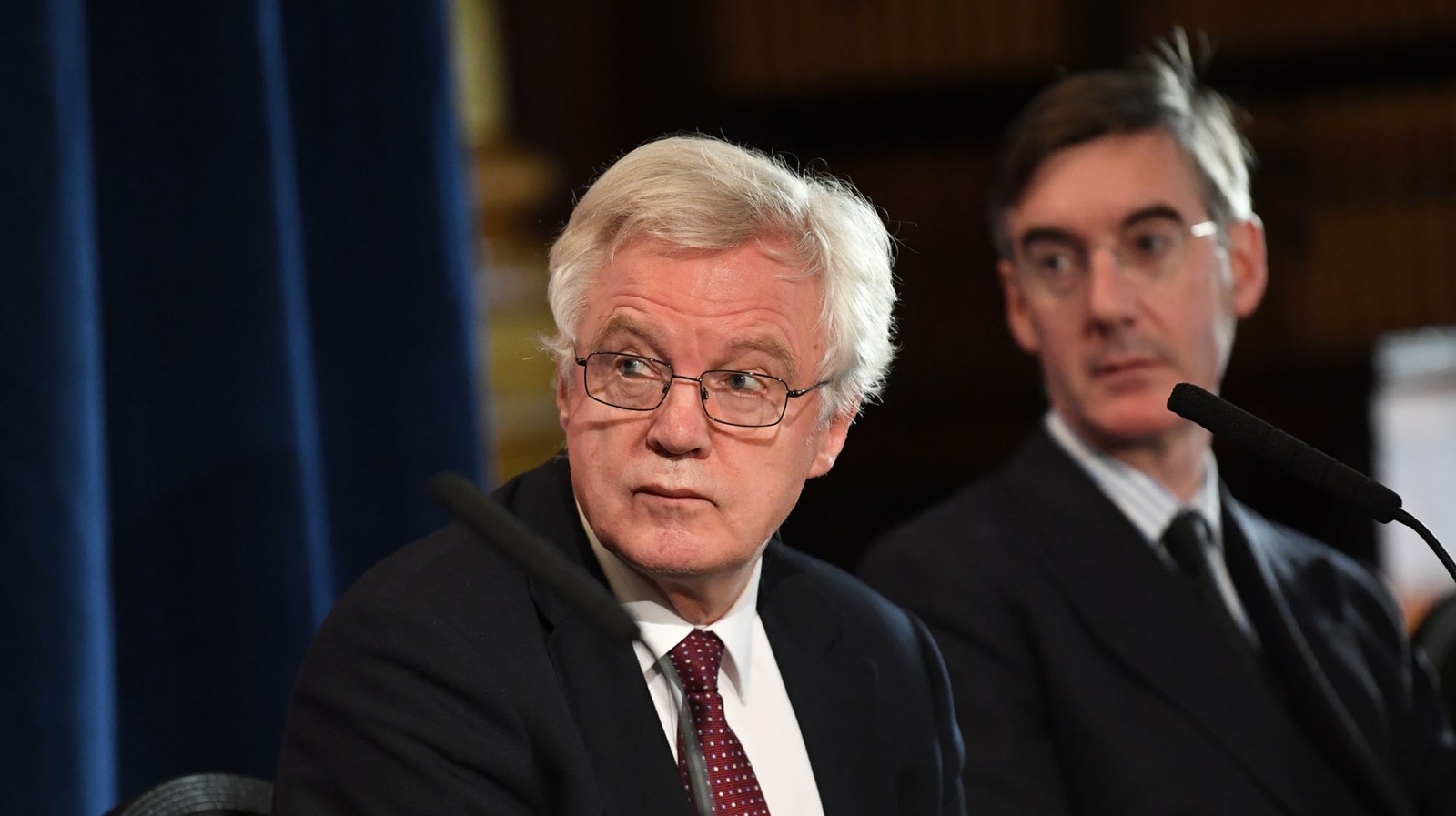 As US prosecutors lodge an appeal in their resolve to jail Julian Assange for espionage, a former British Cabinet minister has delivered a stinging attack on Britain’s extradition treaty with the US.

David Davis has told Declassified UK that the British legal establishment is “blinkered” to the one-sidedness of the UK/US extradition treaty under which the prosecution of WikiLeaks founder Julian Assange is being heard.

Davis, a former chair of the Conservative Party who served as Brexit minister in 2016-18, described the treaty as “massively asymmetric” and said the judge, Vanessa Baraitser, “got the law wrong” by claiming the treaty included political crimes.

“Parliament made clear in terms that it would not cover political crimes,” he said.

The only circumstances in which alleged crimes with a political ingredient could be pursued under the treaty was when violence was involved, Davis insisted. He has raised the case, which has serious implications for human rights and press freedom – and in the view of Davis, a leading Brexiteer, British sovereignty – as a matter of urgency in the House of Commons.

Davis has been prevented from tabling a motion for debate in the Commons on the grounds that it would breach sub judice rules even though Assange’s case is being heard by a judge alone with no jury potentially liable to be influenced by outside pressure.

Baraitser, the district judge at Westminster Magistrates’ Court, ruled this month that Assange should not be deported to the US on the particular grounds of his mental health. She said there was a “substantial” risk that Assange would commit suicide if he was incarcerated in the conditions he was likely to be subjected to in the US.

However, she dismissed defence arguments, including that Assange’s motives were to expose US war crimes and other abuses of power. In key passages, Baraitser stated that when the UK Parliament passed the new extradition treaty with the US in 2003, it “clearly took the decision to remove the political offences bar which had previously been available to those facing extradition”.

She added: “The removal of this bar is a clear indication that Parliament no longer intended for the protection to be available. The [treaty] retained the bar to extradition where the request is made for the purpose of prosecuting the requested person on the basis of their political opinions… but removed the protection for offences which have the character of a political offence.”

Davis contests this. The treaty was negotiated in secret by Tony Blair’s government and rushed through Parliament despite opposition from across the Commons. The “lacuna” in the treaty the judge appeared to have referred to – the “political offences” bar –  was never admitted by ministers at the time the treaty was debated, he said.

Under the extradition treaty, US prosecutors do not have to prove their case beyond claiming “reasonable suspicion” and there does not have to be any prima facie consideration of the charges in Britain.

However, for Britain to extradite someone from the US, it has to clear the higher test of demonstrating “probable cause” and that could be challenged in the US courts. The US secretary of state also has a potentially decisive role.

“There is a massive disparity between justice for foreigners in the US and justice for anybody in this country”, Davis told Declassified.

He told the Commons last year: “Since we agreed the UK-US extradition treaty in 2003, it has been abundantly clear that the British government of the day struck a truly dreadful deal – asymmetric, sometimes ineffective and often unfair on British citizens. Countless examples down the years have shown that, from the NatWest three to Christopher Tappin, from Gary McKinnon to Anne Sacoolas, the person charged with causing the death by dangerous driving of Harry Dunn.”

British prosecutors have sought the extradition from the US of Sacoolas, reportedly a CIA officer who was based at RAF Croughton in Northamptonshire, but this request has been rejected by the US authorities. The British foreign office has said that “the US refusal to extradite Anne Sacoolas amounts to a denial of justice, and she should return to the UK”.

Davis added: “We now risk yet another serious miscarriage of justice with the US extradition request for Dr Mike Lynch, a successful and entrepreneurial British businessmen… Dr Lynch is now facing almost identical criminal charges in the United States, in yet another aggressive attempt by American authorities to exercise extraterritorial jurisdiction. Despite the Serious Fraud Office deciding that there is no basis for a prosecution in the United Kingdom, the United States authorities are doggedly pursuing his extradition.”

The US has a tradition of using its broad extradition treaties to cast a wide legal net around the world. It was now extending it to commercial cases and white collar crime, issues that were not debated at all in Parliament, Davis said.

Though the Blair government stressed the importance of the new treaty by pointing to the need to combat paedophilia and terrorists, most US cases were not in pursuit of terrorists or paedophiles or murderers, he said.

“I was the shadow home secretary at the time and I opposed this treaty, but eventually our party gave in on the grounds that it was about paedophilia and terrorism and violent crime,” he told MPs.

If Assange was extradited, Davis told Declassified, he would be manacled in a police cell and immediately made to appear a criminal. Prosecutors would take the lead presenting their case before a grand jury – a process Davis described as medieval – and he would come under severe pressure to succumb to a plea bargain. He may eventually be sent back to Britain but faced a real prospect of dying in jail.

Davis also pointed out that journalists in the US were protected by the first amendment. Daniel Ellsberg was charged for leaking the Pentagon Papers to The New York Times. The newspaper was never prosecuted. No journalist in Britain or the US was prosecuted for publishing scores of secret documents from America’s National Security Agency or Britain’s GCHQ leaked by Edward Snowden.

The irony, said Davis, is that if Assange were an American journalist in the US, he would not be prosecuted. DM

Richard Norton-Taylor was the Guardian’s defence correspondent and its security editor for three decades and is the author of several books, most recently The State of Secrecy.