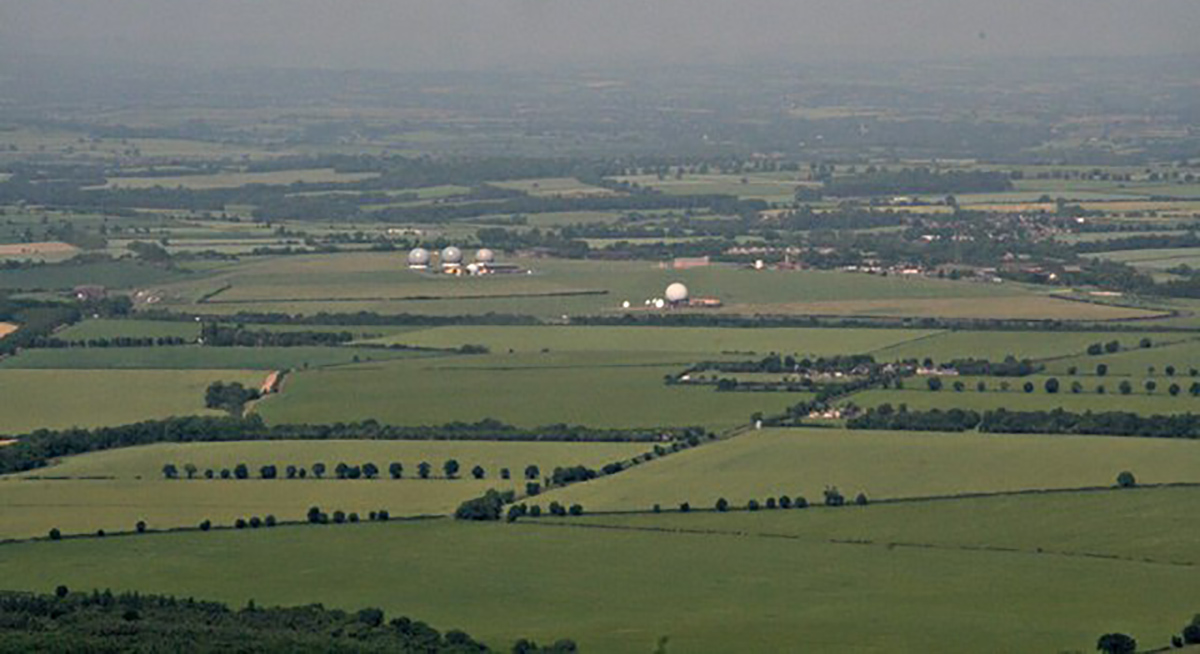 A succession of cover ups have been used to hide the truth about what goes on at a mysterious base in Britain where 19-year-old Harry Dunn was killed in 2019 in an accident involving an alleged American intelligence officer.

The base, officially described as RAF (Royal Air Force) Croughton, is located in a corner of Northamptonshire in central England, but is not an RAF station. Nor, as the UK Foreign Office has claimed, can it be regarded as just an “annex” to the US Embassy in London.

The people who work there are not diplomats. “RAF” Croughton is the base for more than a thousand American spies who play a key role in a huge and expanding US eavesdropping and intelligence-gathering network in Britain.

This network also includes “RAF” Molesworth in Cambridgeshire and “RAF” Menwith Hill in North Yorkshire where the UK’s largest intelligence agency, GCHQ and its senior US partner, the National Security Agency (NSA), intercept the communications from foreign satellites in space and from mobile phones on the ground.

It also includes “RAF” Fairford in Gloucestershire, which has one of the largest runways in the world and where American B-52 Stratofortress long-range bombers, U-2 spy planes and B2 stealth bombers are often based.

Croughton is linked by a direct cable to GCHQ’s headquarters in Cheltenham and via a high-speed fibre optic cable to Camp Lemonnier, the US military base in Djibouti, from where armed US drones attack targets in Yemen and Somalia.

It has become the centre of controversy not because of concern about Washington’s use of Britain as a new unsinkable aircraft carrier from which to launch drone attacks in the Middle East or Africa, or as a base to spy on friends (including the German Chancellor Angela Merkel).

Croughton grabbed the headlines because of a fatal accident.

Harry Dunn was killed when his motorbike crashed into a car outside the base last August. Anne Sacoolas, the driver of the car and reportedly a CIA officer and married to another American intelligence officer at Croughton, claimed diplomatic immunity.

A few days after the crash, the Foreign Office and US embassy conspired to get her out of the country as soon as possible. The Sacoolas family was flown to an airbase in Virginia on an unscheduled flight, possibly in a CIA aircraft based in Germany.

In December, after mounting pressure from Dunn’s family and friends, Anne Sacoolas was charged with causing death by dangerous driving. An extradition request by the Home Office was rejected by US Secretary of State Mike Pompeo. In May, an Interpol Red Notice was issued for her arrest should she attempt to leave the US.

Though an embarrassed and uneasy Boris Johnson and Dominic Raab, the foreign secretary, subsequently stated the US refusal to extradite Sacoolas was a denial of justice, they made it clear their view was that the British government could do nothing about it.

Documents disclosed prior to a judicial review into the government’s decision, due to be heard in October, reveal that three days after the crash, an official warned Raab’s private office of the prospect of some “very unpalatable headlines”.

How prophetic he was. The Foreign Office had told the police to keep quiet until they’d got “everything in order” and keep their “ducks in a row”.

Anne Sacoolas was not driving a diplomatic car at the time of the fatal road accident and the car had no diplomatic plates.

The Dunn family lawyers asked Sir Ivor Roberts, a former ambassador and expert on diplomatic law and practice, for his opinion. He described the claim that Sacoolas benefitted from diplomatic immunity as a “palpable absurdity”.

Roberts referred to a secret 1995 agreement between the Foreign Office and the US embassy covering US personnel at Croughton. It specifically states that diplomatic immunity does not apply for “acts performed outside the course of their duties”.

A “loophole” that the British and US governments say allowed Anne Sacoolas to claim diplomatic immunity was closed in an agreement announced on 21 July during Pompeo’s visit to London.

Though the crash outside Croughton may have had nothing to do with the base’s sinister and secret activities, it has turned the spotlight on them.

For years Croughton went largely unnoticed. Few seemed to ask any questions about the notice by the entrance announcing “RAF Croughton 501st Combat Support Wing” and “US Air Force Home to America’s 422nd Air Base Group”, not that this would have enlightened any passing traveller.

Croughton began life as a cold war US military base but for many years it has been collecting intelligence gathered from intercepting the global communications of foes and friends alike.

Thanks to Edward Snowden, the former NSA contractor, and other sources, we now know that Croughton is a communications hub for routing information (including Merkel’s mobile phone) intercepted by America’s “Stateroom” network of listening stations installed in its embassies around the world.

Croughton provides what is euphemistically described as “tech support activity” for the US Special Collection Service based at a joint CIA/NSA facility in College Park, Maryland.

The Ministry of Defence insists that the over 1,000 US personnel at Croughton “neither fly nor control” drones. That may be strictly true. Croughton provides the intelligence but passes it on to be analysed and acted on in the US and at RAF Molesworth. Molesworth is an expanding US and NATO base, taking on some of the roles originally destined for Croughton.

Six years ago, the US announced that its European Command’s Joint Analysis Centre at Molesworth, together with its Africa Command intelligence-gathering operations, would be merged into a Joint Intelligence Analysis Centre (JIAC) at Croughton.

However, last year Washington abandoned the plan because of financial disputes, a perceived growing threat from Russia, and a shake-up of US bases in Germany. The JIAC will be based not at Croughton but at Molesworth, which has plenty of available space, along with NATO’s “Intelligence Fusion Centre”.

The British and US governments, in their attempts at dissembling, have been hindered – and the Dunns helped – by the family having as an effective adviser and spokesman, Radd Seiger, an American friend and lawyer, and as their MP Andrea Leadsom, the former Leader of the Commons.

On 9 July, she launched a blistering attack on the US handling of the case. She told the House of Commons: “Many constituents, other people right across the country and even from the United States itself, have written to me to say, ‘So if I, or a member of my family, is driving or walking near the base and an American citizen accidentally harms or kills us, that person can simply go back to the United States and there is nothing that the UK can do about it, even though the United States of America is our greatest ally and one half of a special relationship,’ It is utterly intolerable.”

In a reference to plans being drawn up for the base, including two new radomes (a dome that protects radar equipment) for intelligence gathering, she added that it was “unthinkable” that “planning applications from the base can be treated as business as usual between two long-standing allies”.

In response, Luke Hall, a junior local government minister, confirmed the plan to build the new radomes at Croughton – needed, he said, to maintain America’s “communications capabilities”. He added that a major expansion of Croughton, including plans to increase the number of personnel at the base by more than 1,200, had been “reversed”. He made no mention of Molesworth.

Scott Lucas, professor of international politics at the University of Birmingham told Declassified UK: “It took the killing of Harry Dunn to bring attention to a significant expansion of US intelligence capability, for collection and analysis at the bases at Croughton and Molesworth.”

He added, “Had Anne Sacoolas not struck Harry on that August night, I suspect few in the UK would have noticed that expansion of US and NATO operations in the face of tension with Russia and civil war and uprisings across the Middle East.”

Lindis Percy, co-founder of the Campaign for the Accountability of American Bases, said: “The UK government continues to pedal the myth that it is they who make the decisions, in this case the decision whether or not to go ahead with the expansion of Croughton and Molesworth. All US bases here are called ‘RAF’. Explore a bit more and find out that it is American authorities who are firmly in control and occupation and they hold the reins. They do what they like – whether legal or not. It is a sham to think otherwise.”

It will be interesting to see whether the newly-formed parliamentary Intelligence and Security Committee takes up the case. It should also be an appropriate candidate for an inquiry by the House of Commons Defence Committee since the government insists the bases are officially the responsibility of the British Ministry of Defence. DM

Richard Norton-Taylor was the Guardian’s defence correspondent and security editor and is the author of several books, most recently The State of Secrecy.