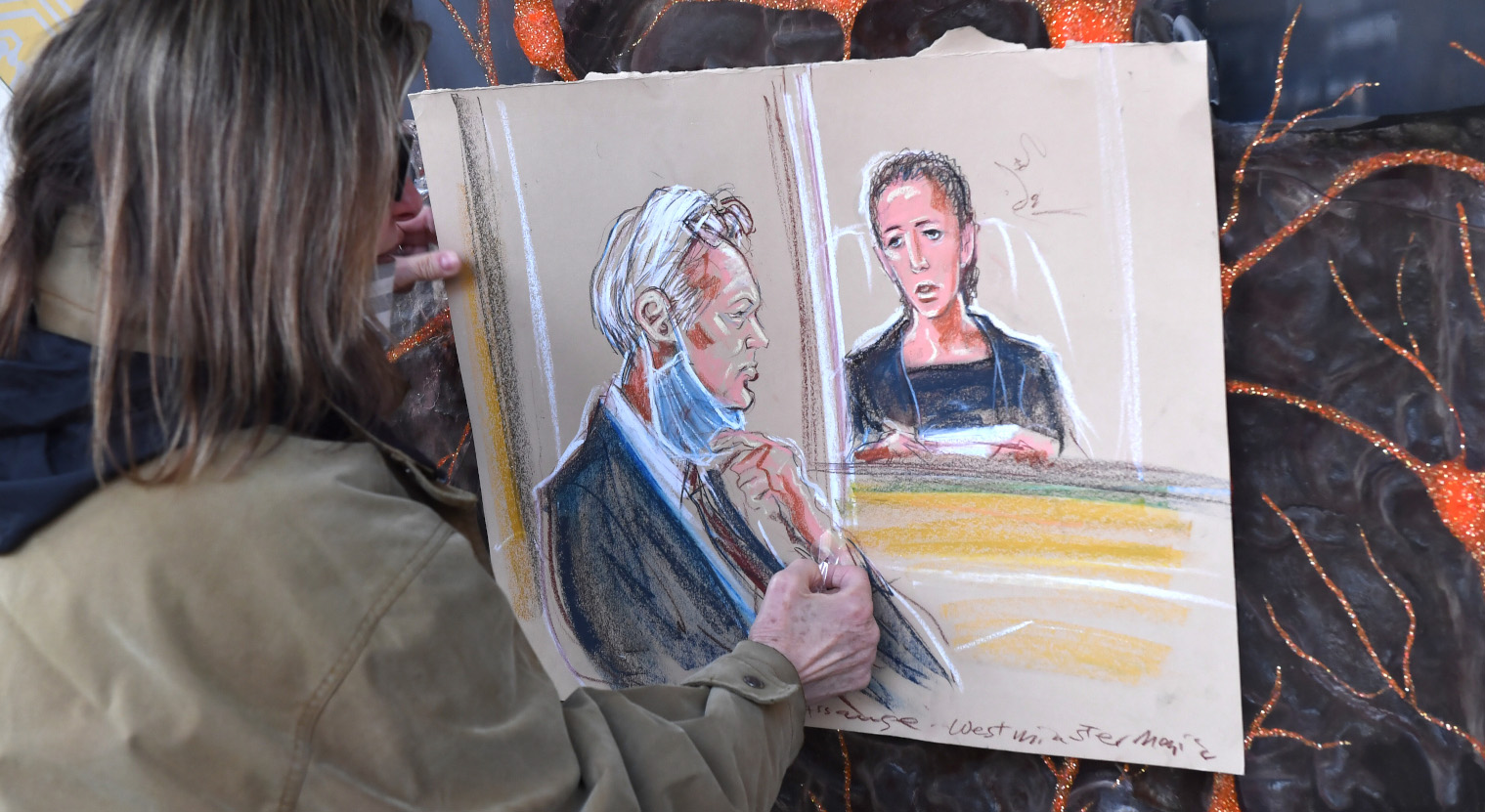 There is a real danger that the British judge’s ruling in the Julian Assange extradition case will encourage other governments to charge and seek to extradite journalists in the UK and elsewhere for exposing their military operations and human rights abuses.

It was an extraordinary judgment, one determined by the conditions in US jails and a prisoner’s mental health rather than by the substance of serious and unprecedented criminal charges.

Judge Vanessa Baraitser’s ruling on 4 January that Julian Assange should not be extradited to the US on the grounds there was a “substantial risk” he would commit suicide was unsurprisingly welcomed by his family, friends and supporters.

However, her decision to keep Assange indefinitely detained in Belmarsh, a maximum security prison in London populated mainly by murderers and violent offenders, and where coronavirus is present, was widely condemned by human rights and media freedom groups.

But Baraitser’s judgment itself contains profound and sinister implications for whistle-blowers and journalists around the world, not least Britain.

The judge brushed aside five key arguments. The first two were that Assange’s extradition would violate principles of free speech enshrined in international and British human rights law and that demands for his extradition were political.

Also dismissed were the extreme prejudicial comments made notably by Mike Pompeo when CIA director, who described WikiLeaks (once praised by Donald Trump) as a “non-state hostile intelligence agency” that “will take America down any way they can”.

Baraitser also brushed aside comments in April 2017 made by US Attorney-General Jeff Sessions that Assange would be pursued as part of moves to “step up” efforts to stop leaks. After his successor, William Barr, was appointed, the maximum prison sentence Assange faced was increased from five years to 175 years.

Also dismissed by Baraitser was the fact that Assange exposed the abuse of detainees and US war crimes, including US Apache helicopter crews laughing as they killed a dozen people, including two Iraqis working for Reuters news agency.

Right to the truth

The defence, insisted Baraitser, “have not established that the principle of the ‘right to the truth’ is a legal rule that is recognised in either international law or domestic law”.

Assange is presented as some kind of evil genius, rather than the head of a publishing enterprise. Charges against him, she stressed, included conspiracy to hack into a secret Pentagon password, risking the lives of US government sources. These claims, and Assange’s motives, could always be raised at his subsequent trial in the US, she said.

Assange could only be extradited if the offences with which he was charged were criminal offences under British law – that is, they were indictable offences in Britain. The judge’s ruling drove home the point that, contrary to the widespread assumption, a public interest defence is not available to whistle-blowers and journalists in British law.

The US 1917 Espionage Act, under which Assange (not a US citizen) is charged, like Britain’s “catch all” 1911 Official Secrets Act, was a panic measure passed at a time of febrile war fever. It has never before been used to prosecute a media organisation or a journalist.

Indeed, no journalist in Britain has been prosecuted under Britain’s Official Secrets Acts since 1970 – though there have been many threats against journalists, including by the police against the Guardian’s Amelia Hill during the phone-hacking scandal.

There is a real danger that Assange’s extradition will encourage other governments – the Israeli, Russian or Turkish, for example – to charge and extradite journalists in Britain and elsewhere for exposing their military operations and human rights abuses, indeed for revealing any information they want to suppress for reasons of “national security” – a term that can cover a multitude of sins.

The British government will not need much encouragement to comply, given its plans to protect British forces from torture and other abuses through its Overseas Operations Bill and its plans to “modernise” its laws on secrets and spying.

Baraitser stressed that the US indictment concentrates on allegations “that as a result of the WikiLeaks publications, hundreds of people were identified by US forces as being ‘at risk’: some were relocated; some have ‘disappeared’ ”.

She added that “the US cannot prove that their disappearance was the result of being outed by WikiLeaks” – but the claims could be challenged if Assange were to be tried in the US. These claims might be difficult to contest if alleged victims and their governments sought to exaggerate or invent them.

Unidentified US security officials previously claimed that WikiLeaks’ disclosures published in the media “could put the lives of Americans and our partners at risk, and threaten our national security”. Yet the US Defence Secretary, Robert Gates, subsequently described official concerns about the leaks as “fairly significantly overwrought”.

He added: “Is this embarrassing? Yes. Is it awkward? Yes. Consequences for US foreign policy? I think, fairly modest.”

At the trial of Chelsea Manning, Assange’s main source, the Pentagon’s chief investigator, considering the impact of the leaks, admitted he could find no evidence of a single person losing their life as a result.

An annexe to Baraitser’s ruling consisting mainly of evidence supplied to the defence notes: “A Review Task Force headed by Brigadier General Robert Carr was set up by the Pentagon to study the impact of the revelations. Brigadier General Carr told the court that the Taliban claimed to have killed a US informant identified in the WikiLeaks cables but in cross-examination had admitted that the name of the person killed was not part of the WikiLeaks disclosures.”

Baraitser also highlights allegations that Assange conspired to hack government computers, an activity that “took him outside any role of investigative journalism”. There is no evidence of damage that came out of these attempts and conspiracy is a notoriously difficult charge to prove.

Assange’s alleged “aiding and abetting” Manning to disclose information is described in the judgement as going “beyond the mere encouragement of a whistle-blower”. If that were true, many, many journalists seeking information that governments do not want to disclose for reasons that have little to with “national security” could be indicted and prosecuted under the criminal law.

That is what makes the US extradition request, which is still very much alive given the US decision to appeal Baraitser’s ruling, so threatening and potentially so dangerous. DM

Richard Norton-Taylor was the Guardian’s defence correspondent and its security editor for three decades and is the author of several books, most recently The State of Secrecy.