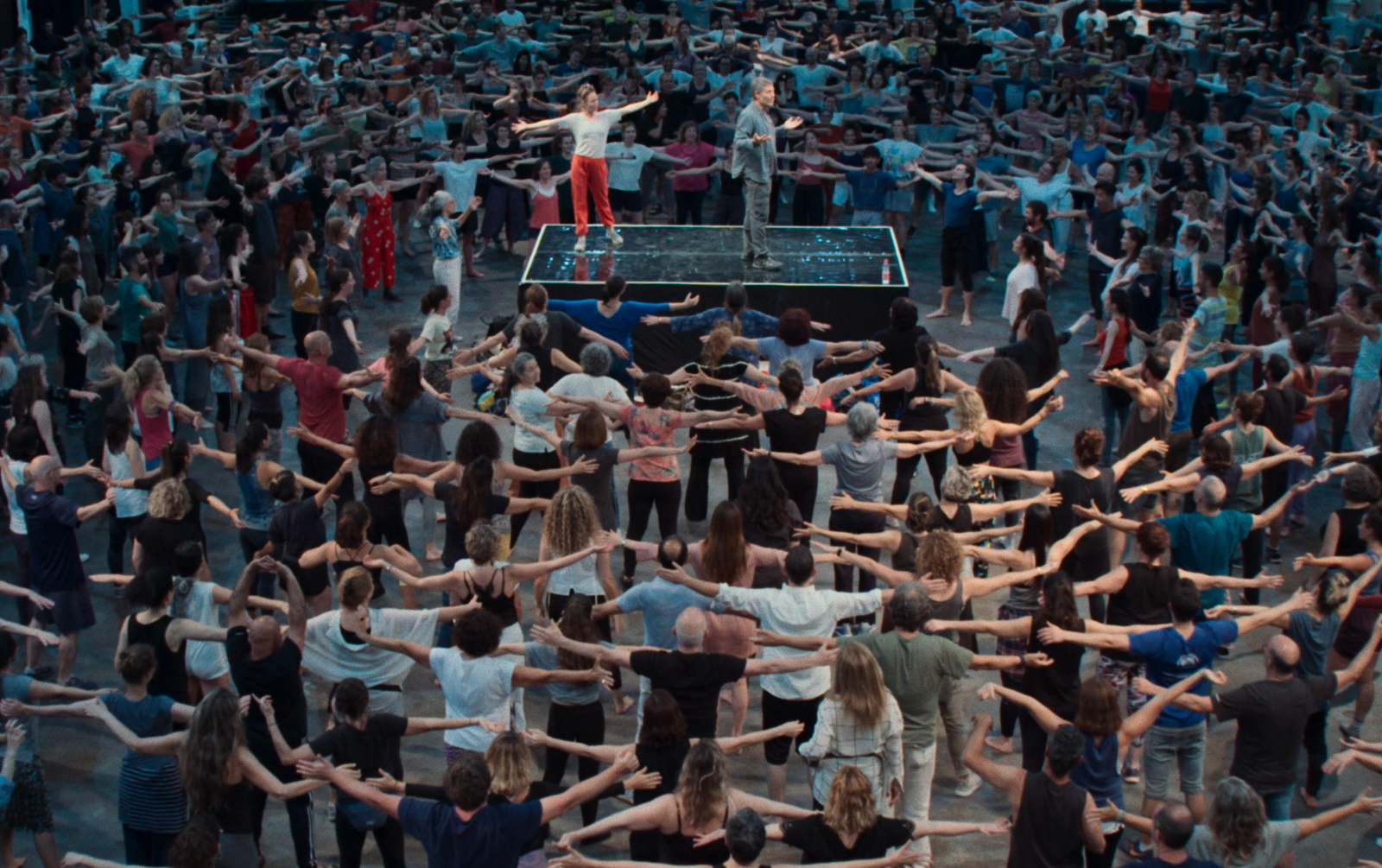 Why do we dance, and what does it mean? Move is a series of biographies profiling dancers who have revolutionised unique dance styles, their struggles against cultural norms, and their contradicting understandings of the expression of movement.

If you’ve ever watched an episode (or even a YouTube video) from a dance competition reality TV show, you’ll be familiar with the sensationalised backstories that typically accompany contestants.

These miniature soap opera documentaries are presented and polished with often inauthentic scripting and sometimes a touch of sad piano in order to glamorise “the dancing lifestyle” and encourage the audience’s investment in the right characters.

The new Netflix docuseries Move is what those backstories might have been were they divorced from pretension and granted the space and care necessary to convey the infinite depth of dance. Each episode is a self-contained hour-long biography profiling a dancer or choreographer who has popularised or revolutionised a unique style of dance. Move is accessible to both dancers and those who have never danced in their life.

Stylistically, Move is fairly typical of a Netflix-backed documentary. There is a progressive tone throughout and socio-political controversy is not shied away from. Each episode takes time to let the story unravel holistically. The editing is generous but not lazy, featuring bold photography, sleek drone-aided establishing shots, extensive performance segments, and confident use of slo-mo and other effects.

The take-home message of episode 1 is that street dance is a fine art. It features Lil Buck, whose predominant style is Memphis jookin, and Jon Boogz, whose predominant style is popping. Lil Buck took up ballet because the toe stands are also used in jookin, and Jon Boogz was inspired by the legendary classical and jazz dancers Fred Astaire and Gregory Hines, so the pair went on to perform street dance to classical music.

Both men grew up in poor, abusive homes in the United States, and gravitated towards dance as a coping mechanism, exploring it as a form of therapy and activism. “We use dance to heal deep wounds, wounds that go back since slavery.”

Due to their difficult childhoods and proximity to gang culture, this episode is the only one to teeter on the edge of the sensationalism which characterises reality TV show backstories, but it is salvaged by the honesty with which the directors approach their subjects, divulging intimate footage and addressing sensitive topics such as Lil Buck’s homophobia.

It’s fascinating to watch the pair perform street dance without hip-hop profanity and the stigmas it is typically associated with. The entertainment of the illusion of street dance is spellbinding – bodies doing impossible things, like they’re being jolted by tiny electric shocks, at once robotic and alien.

Imagine what John Malkovich might be like if he was an Israeli dancer. Meet Ohad Naharin, choreographer of the Batsheva dance company. Naharin is a charismatic guru of sorts, most famous for his bizarre Gaga method choreography, which strives to connect one to the inner baby, the uninhibited animalistic self.

Naharin has strong ideological ideas about dance. He draws on the abuse of human rights in Israel to inform intense politically charged performances; he believes dancing is not about performing, but an intimate act; he also believes the mirror spoils the soul of the dancer and blocks development by inorganically forcing them towards a standard. The unorthodox philosophies expressed in this episode conflict with those expressed in others, thereby leading the audience to begin questioning their own intuitions about dance.

At the beginning of this episode, flamenco is defined as the art form originating in Andalusia, southern Spain, in the 18th century from the cross-cultural interchange between native Andalusians, gypsies, Moors and Sephardic Jews. Despite its colourful roots, there is a lot of talk in flamenco about purity, both in terms of ancestry and technique. Israel Galván’s story is one of revolution against tradition and the notion of purity, and bravery in the face of ostracism.

Galván is the son of a gypsy. He was raised by dancers, and by dance itself, a prodigy of flamenco. From his earliest years he was living the gypsy life, dragged from fiesta to fiesta to perform for cash, and while they were years filled with the exuberance and the thrill of dance, he was exhibited like a circus animal and denied a normal childhood. He lived at night, sleeping in a guitar case like vampire brood in a coffin.

Galván was on track to be one of the most renowned and beloved flamenco dancers of all time, winning every competition out there, but he became estranged from the strict traditional rules of the style which shackled his dancing, so to his parents’ undying disappointment, he rebelled against them, choosing to forego the fame and fortune in favour of self-expression.

Galván felt like he had dirty blood, so he sought to “dirty” flamenco, shedding the conventional macho façade of the strong, handsome, intimidating Spanish dancing man, and cultivating intimacy in his movement, performing in profile rather than portrait so as to invite the audience in. He transgressed gender norms, drawing from both masculine and feminine flamenco techniques; he cross-dressed and let his posture bend and curve.

The punishment for Galván’s transgressions was severe. He was persecuted and accused of homosexuality, and warned by his family that he would never be celebrated as a true flamenco dancer. They were wrong. Galván’s inextinguishable spirit and undeniable talent shines through the cage bars. He has stretched the fabric of flamenco with his bewitching intensity and unprecedented innovation.

Dancehall is a mixture of reggae, hip hop and R&B which was born in Jamaica in the 1970s, with links to African slave dances of the 17th century. This episode follows Kimiko Versatile, leader of The Versatile Ones, a female, body-positive dancehall crew.

Dancehall is a sexualised style which is danced differently by men and women. For women, it’s all about rotation of the hips and control of the buttocks. For men, it’s about the limbs and feet – they don’t have license to use their hip lest they be marked as a “mama man”.

It is unfortunate that the only biography in the series that focuses on a woman is the only one which lacks depth. While The Versatile Ones do seek to claim the mainstream of dancehall for women and empower them through sexual expression, they do not challenge the pre-existing constructs of the culture in any significant way. There’s no shortage of women in dance who have challenged tradition – hopefully some of them will feature in future seasons.

Episode 5: The identity of movement

The last biography of the series follows the life of renowned choreographer Akram Khan and his choreographed performance in Bangladesh for the centenary of the birthday of Sheikh Mujibur Rahman, the founding father of Bangladesh, which took place in March 2020, during the coronavirus outbreak.

Khan’s parents fled to London when Bangladesh was at war for its independence from Pakistan. As a way of reconnecting with their Bangladeshi heritage, Khan’s mother trained him in a form of Indian classical dance known as Kathak. Khan describes this as her attempt to transform him into a living museum of the family’s experience of trauma, tragedy and celebration.

Consequently, Khan’s craft is the site of his struggle with racial and geographical identity. He spent his childhood scratching his skin, believing he would be white underneath, and getting teased at school for smelling like curry because he lived above his father’s restaurant. His teenage years were even worse, being frequently forced to endure xenophobic and racist abuse in the family restaurant.

This episode explores dance as an expression of identity. Khan’s striking choreographies are infused with symbolism. Khan himself comes off as somewhat arrogant, but he maintains an air of calm verbal and physical authority which, coupled with his storytelling ability, makes for a compelling documentary.

Each episode of Move is a unique voice in a conversation about what dance is for and what it means. It is interesting to note how the subjects’ explanations and rationales are sometimes similar and sometimes contradict one another. All of them speak of struggle and the freedom which dance affords, and all of them value the preservation and examination of that freedom through experimentation and stylistic evolution; but while Lil Buck speaks of the comradery of dance, Naharid believes dancing is an act to be done alone. While Galván breaks away from objectification and gender roles in dance, The Versatile Ones believe gendered sexual expression is a source of power. While Khan says “synchronicity is everything”, Naharid says “fuck the symmetry”.

Each documentary is a self-contained story, but the magic of Move is the dialogue these stories create when watched together. DM/ ML

Move is available for screening in South Africa on Netflix.
You can contact This Weekend We’re Watching via [email protected]

‘Girl A’: A shocking debut novel by Abigail Dean that’s got everyone talking

Theatre for whom? Dance for what? Towards a rationale for theatre and dance in our contemporary world