A dud explosive device and an elaborate setup – more... 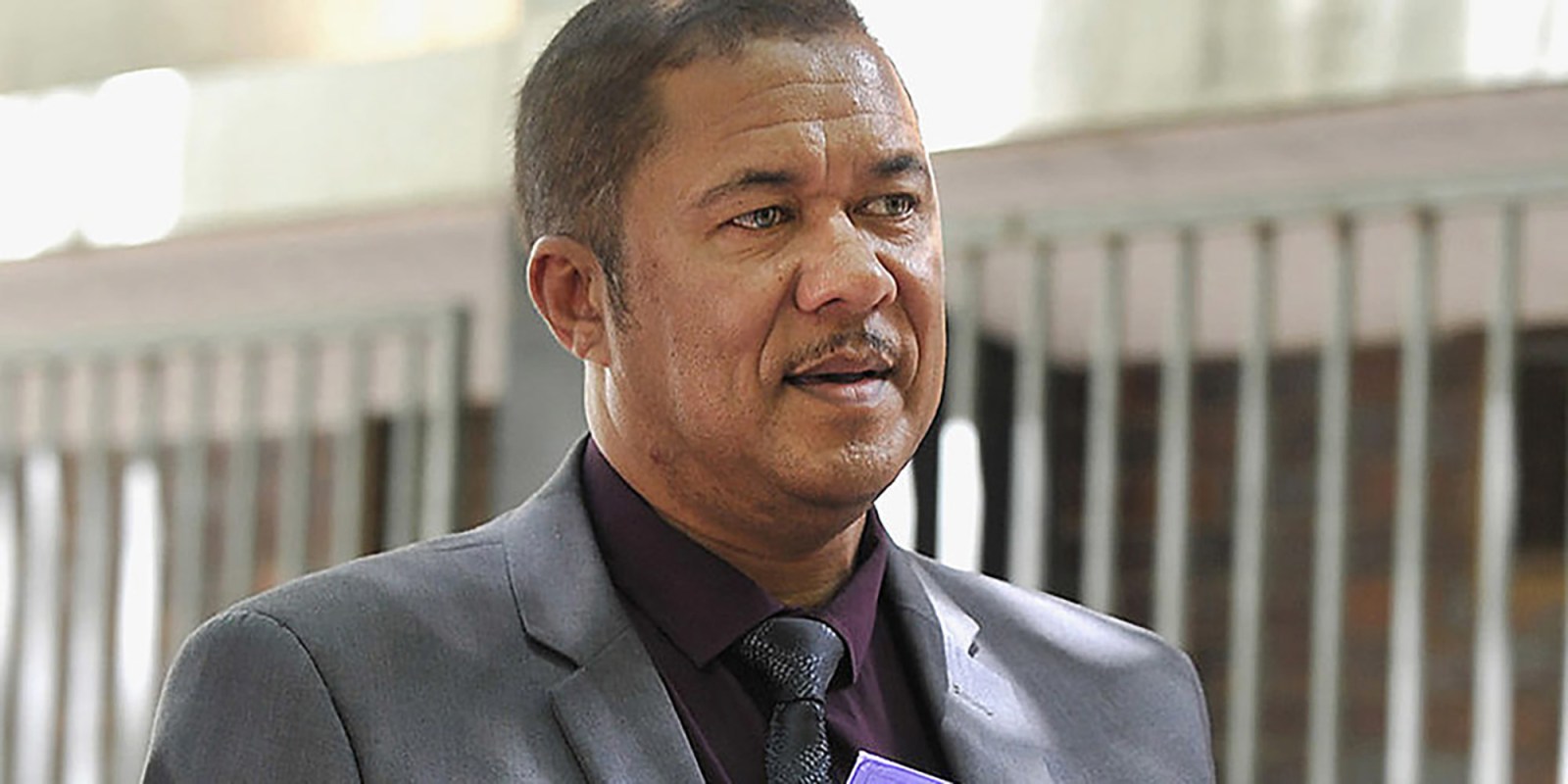 An accused in a case involving allegations that a grenade was discovered outside Anti-Gang Unit cop Charl Kinnear’s home roughly a year before his assassination has alleged that this was a setup orchestrated by Kinnear and his boss André Lincoln. Her testimony is the latest in a broad range of claims, accusations and suspicions against, and among, police officers.

Claims that police concocted an elaborate setup, involving a young man tasked with carrying a grenade without explosives in it, have emerged in the case stemming from allegations that Lieutenant-Colonel Charl Kinnear’s Bishop Lavis, Cape Town, home was targeted in November 2019.

These claims, which follow similar cop collusion claims, were made in the Parow Regional Court on Thursday 21 January during the bail application of Amaal Jantjies.

“Apparently the person who’d threatened General Lincoln and Colonel Kinnear… there’d be a link [to the grenade], like General Lincoln said, to have that person arrested,” Jantjies said.

The person’s name was not divulged in court on Thursday.

The prosecution has not yet had a chance to cross-examine Jantjies and so her claims have not yet been tested and Lincoln’s version of events is yet to be aired.

Charl Kinnear killing: ‘There is a war where we are going to get bodies,’ warns Cele

The claims Jantjies made in court come amid intense friction among police officers – last week it emerged that Lincoln was the subject of an investigation into whether he failed to ensure Kinnear was adequately protected in the fortnight leading up to his murder.

Orange is the new blue: Finally, a reckoning for corrupt cops

Daily Maverick has reported that some AGU members felt this was simply a strategy to distract from investigations and tarnish the AGU.

Among those arrested in connection with these suspicions are Nafiz Modack of Cape Town, and several Gauteng-based police officers.

In a statement to police, reported on by News24 at the end of October, Modack claimed Lincoln and AGU members planned to frame him in the grenade matter – the focus of the Jantjies court case.

But Modack’s name has so far not surfaced during court proceedings in this case. His statement to police therefore remains separate from the Jantjies bail application. Jantjies is accused alongside two men, Fayez Smith and Janick Adonis, on charges including conspiracy to commit murder and procuring explosives. Smith, and Adonis, who has already been sentenced in another matter, are not applying for bail.

On Thursday Jantjies testified that Adonis had colluded with mainly Lincoln, but also Kinnear, to have Smith go to Kinnear’s home with a grenade.

She claimed she had not wanted to be part of the plan.

Late last year Jantjies testified that Lincoln had wanted her and Adonis to help set up a hit – this was to be carried out on the person who was threatening him and Kinnear.

During those proceedings, she had also claimed that Lincoln had arranged for Adonis, who is in jail, to have and use a cellphone. Part of the reason for this was that Lincoln, according to Jantjies’ claims, wanted Adonis’s help in tracing a firearm that was possibly linked to the murder of a police officer with the surname Prins.

It was previously reported that a police sergeant, Donovan Prins, was murdered in Lavender Hill in June 2019.

Jantjies had further testified about being in contact with, and meeting, several AGU officers and Lincoln in connection with these issues.

On Thursday Jantjies testified that in November 2019, while often in contact with Adonis via the cellphone Lincoln had arranged for him, she had led some AGU members to a premises in Delft where firearms were being kept.

On this occasion she also had a chance to chat to Adonis, who had been brought to the Delft police station, and he had told her not to worry about the plan involving Kinnear, and which Lincoln appeared to be driving. She would later learn that this involved a hand grenade.

Jantjies claimed that later that month, on 22 November, Adonis had told her that he was busy concocting the plan and “he got someone to go to the address”.

Later that day a man arrived at her flat. He did not provide his name or say who had sent him, but wanted Kinnear’s home address.

Jantjies said she called Adonis to tell him about this incident.

At around 11pm Adonis had called her and asked if she could fetch someone at the Manenberg police station – it later transpired this person was the third accused in the case, Smith.

“He said [Smith] had a hand grenade… he said there was no explosive material in the hand grenade and if [Smith] gets there [to Kinnear’s home] there will be AGU members,” Jantjies testified.

Adonis had provided her with Smith’s cellphone number and she had arranged with her ex-husband to go and fetch Smith because her car was parked outside her ex’s home.

“I didn’t go with, because the children were alone in the house,” Jantjies said.

Together with a friend, her ex-husband had fetched Smith in Manenberg. Jantjies said Adonis had then advised that Smith be “dropped off at that address… Colonel Kinnear’s address in Bishop Lavis”.

She asked Adonis why and he had apparently responded that he was “continuing with the plan by General Lincoln”. Adonis had, according to Jantjies’ testimony, told her that Smith had a hand grenade with him and that if Smith was dropped off at the address, he would throw the grenade.

“I asked [Adonis] what happens if the grenade gets thrown. He said there was no explosive material in the hand grenade and if [Smith] gets there, AGU members will be there.

Later, neither Jantjies nor Adonis could get hold of Smith.

In the early hours of the next morning, presumably 23 November 2019, AGU members arrived at Jantjies’ home and detained her.

Jantjies’ bail application is expected to resume in March.

Claims emerging from the court case add to several others being made between and against police officers.

In December 2018 Kinnear had complained to police bosses that some Western Cape police officers with links to Crime Intelligence were working to frame him and his colleagues, including Lincoln.

The country’s head of Crime Intelligence, Peter Jacobs, then effectively labelled the group of officers as a rogue unit.

Jacobs was recently placed on precautionary suspension over allegations relating to alleged personal protective equipment tender irregularities, a move that has unearthed even more friction among police. DM/MC