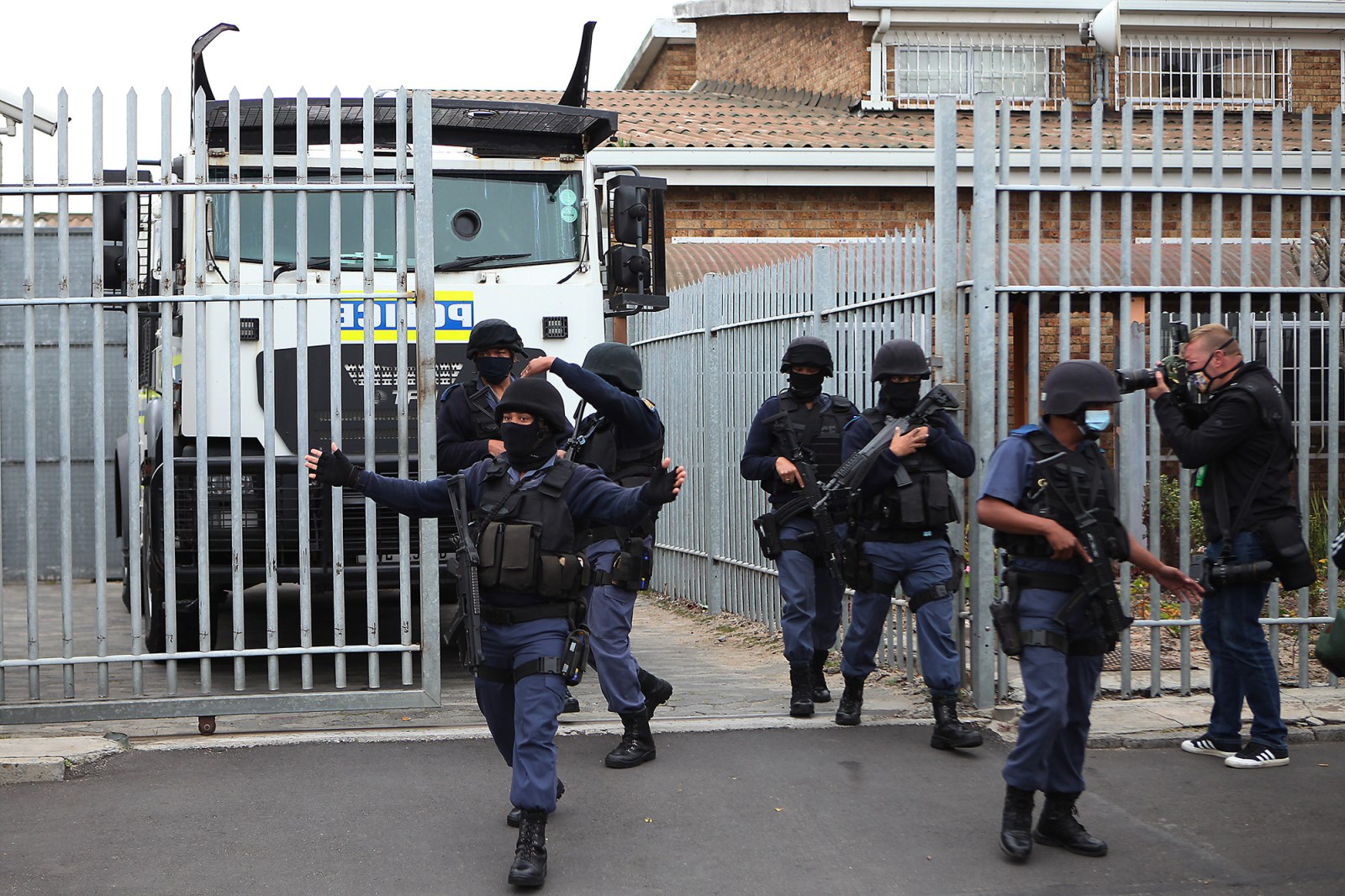 A 39-year old suspect appeared in the Bishop Lavis Magistrate Court in connection with the murder of Lieutenant Colonel Charl Kinnear on September 25, 2020 in Cape Town, South Africa. The suspect from Springs (east of JHB), who owns a tracking and investigation company, made his first court appearance after being apprehended on Wednesday 23rd September at 10pm at his home. (Photo by Gallo Images/Ziyaad Douglas)

Murdered Lieutenant-Colonel Charl Kinnear ended a 59-page detailed complaint he filed in December 2018 and distributed widely to SAPS top leadership making perfectly explicit the real threat to his life and the involvement of SAPS colleagues.

“Every day I get home my neighbours inform me of all the different vehicles that were stationary in front of my house with different races of passengers in them.

“I have in the interim found out that the vehicles belong to Crime Intelligence Unit members. My neighbours are also becoming paranoid as they think their lives might be at risk” wrote Kinnear.

Kinnear sent copies of the report to Crime Intelligence National Head Lieutenant-General Peter Jacobs, to IPID, as well as nine other senior provincial and divisional commissioners.

In the report, Kinnear set out how a rogue Crime Intelligence unit in the Western Cape, consisting of at least six members, had been targeting their SAPS colleagues, interfering with investigations and acting criminally, colluding with underworld figures.

All the names were there. All the evidence. All that was needed for swift action.

Jacobs concluded that the team “should be disbanded and the legality of operations should be departmentally and criminally investigated”.

On 14 November 2019, a week before a foiled hand grenade attack at Kinnear’s house, Colonel Andre Kay died in a hail of bullets in Bishop Lavis, not far from Kinnear’s house. Speculation was that the killing of Kay was a case of mistaken identity and that Kinnear had been the intended target.

The following month, December 2019, Kinnear’s protection was removed from outside his house.

On 18 September 2020 the Section Commander of the Anti-Gang Unit in the Western Cape and one of the finest detectives in the country was assassinated outside the same house.

The assassin had timed the hit perfectly by tracking Kinnear’s cellphone.

An arrest was made in Gauteng on Thursday 23 September 2020 of an SAPS member suspected of tracking Kinnear’s phone.

In 2018 Kinnear in his report said “It has also become common knowledge that members of Crime Intelligence often make mention that they have to listen to telephone lines of SAPS members who speak about nothing else but crime. These members sir, can surely be better utilised.”

Kinnear detailed how certain officers had attempted to interfere in an investigation into the botched assassination attempt of Cape underworld figure Jerome “Donkie” Booysen at the Spur in Kuils River on 1 August 2018.

The officers were also accused of illegally intercepting Kinnear’s phone, stealing cash from the Mitchells Plain SAPS 13 store and attempting to defeat the ends of justice by requesting a prisoner to make a false statement against police colleagues.

“As the divisional commissioner, appointed on 1 April 2018, I have never been informed and/or briefed, neither verbally or written, about the existence and/or operational activities of the team or unit,” Jacobs said.

Jula previously served as Deputy Police Commissioner in KwaZulu-Natal, before he was transferred by former disgraced acting National Commissioner Khomotso Phahlane to the Western Cape in 2016, replacing Arno Lamoer.

The intelligence unit, said Jacobs, “operated irregularly and without authorisation”.

Jacobs, in his recommendation, noted that Kinnear’s report indicated and outlined a list of cases that identified Vearey, Kinnear and Jacobs himself as “suspects”.

“It is the considered view of this office that the existence of the team in its operations and reporting line, outside of the prescribed structure, has served to undermine the integrity of the office of the Division Crime Intelligence and possibly the person of the Divisional Commissioner, Lieutenant-General Jacobs.”

Kinnear’s murder is a turning point for the SAPS, not only in the Western Cape but South Africa.

Underworld figures operating out of Durban, Gauteng and Western Cape have all been drawn into the dragnet, as have corrupt cops.

This is a national story which has, at its apex, powerful players in almost every realm of society.

No one, not the Minister, nor the National Commissioner, can plead ignorance. Kinnear has left behind enough to arrest, charge and try in court a lengthy list of implicated thugs and rotten cops.

What is holding them back?

Start with lifestyle audits of every single member of the region’s top brass and then follow the dots Kinnear had begun to join. DM/MC