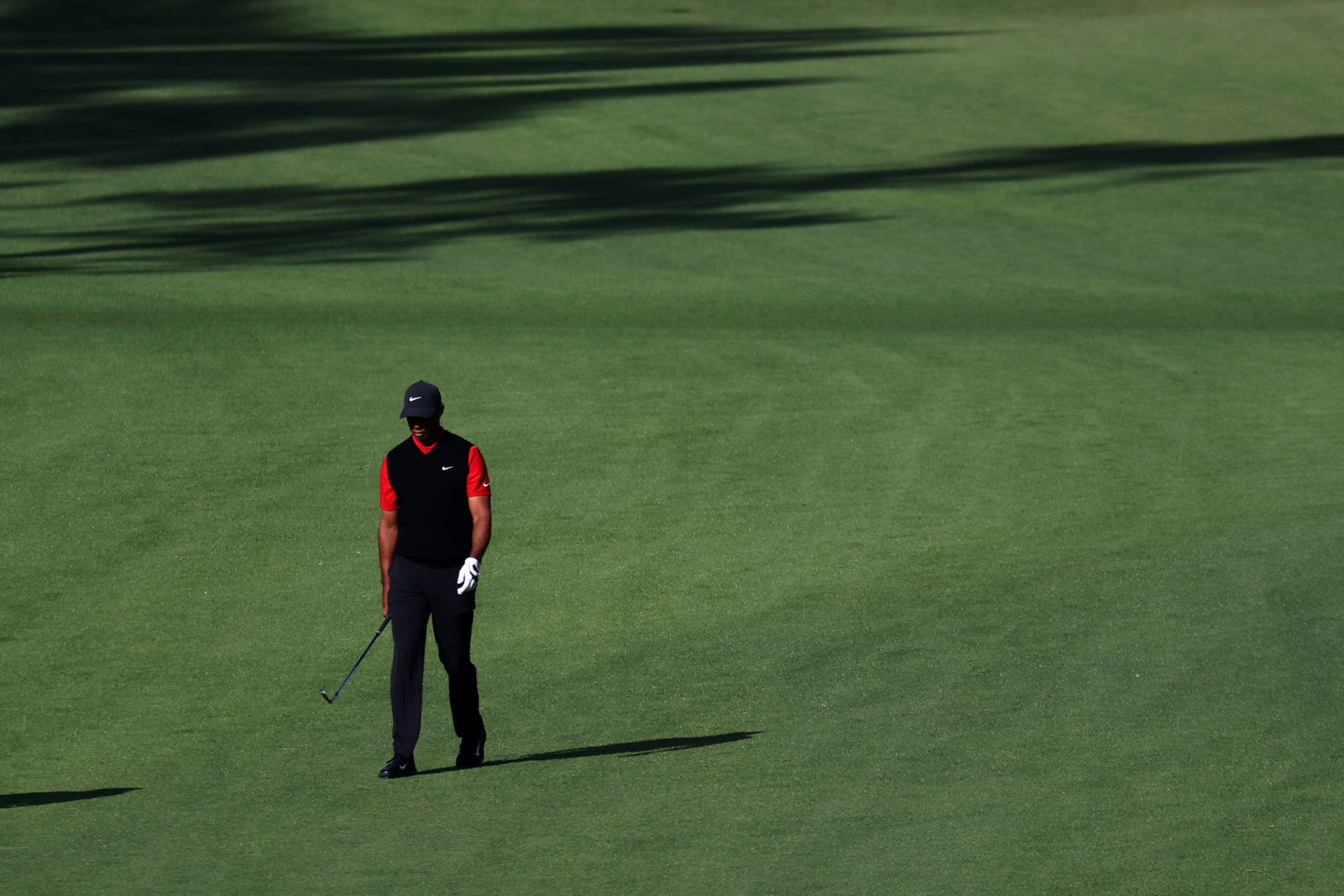 File Photo: AUGUSTA, GEORGIA - NOVEMBER 15: Tiger Woods of the United States walks to the seventh green during the final round of the Masters at Augusta National Golf Club on November 15, 2020 in Augusta, Georgia. (Photo by Rob Carr/Getty Images)

The new year is only two weeks in and already major sporting events are tweaking their calendars and conditions as it becomes clear that Covid-19 is here to stay despite a global vaccine rollout.

The masters of the Masters golf tournament have decreed that only a handful of “patrons” will be able to attend the season’s first men’s major. The bosses of Formula One (F1) have already rejigged the 2021 calendar because of tough quarantine measures in Australia and China. SA Rugby has postponed the Currie Cup semifinal by a week, even though they are already in the unusual January time slot. And so it goes on.

This week has seen more sporting disruption and next week, and the week after and the week after that will no doubt be the same. Everything is fluid and sporting organisations, host cities and venues are having to be flexible. Nothing is guaranteed anymore. Just ask SA Rugby, as they sweat it out trying to find solutions to ensure the 2021 British and Irish Lions tour goes ahead.

That is one event that can’t happen without fans, for commercial and historical reasons, but F1 and golf don’t need fans as badly. Both are excellent TV products.

Fred Ridley, chairperson of Augusta National Golf Club, which hosts the Masters tournament, announced on Tuesday that it intends to limit attendance at the 85th Masters Tournament, scheduled for 5-11 April.

“Following the successful conduct of the Masters Tournament last November with only essential personnel, we are confident in our ability to responsibly invite a limited number of patrons to Augusta National in April,” Ridley said.

“As with the November Masters, we will implement practices and policies that will protect the health and safety of everyone in attendance. Nothing is, or will be, more important than the wellbeing of all involved.

“While we are disappointed that we will be unable to accommodate a full complement of patrons this year, we will continue our efforts to ensure that all who purchased tickets from Augusta National will have access in 2022, provided conditions improve.”

He did clarify what the “limit” would be.

Meanwhile, F1 announced a rejigged schedule on Tuesday, with the Australian Grand Prix, which would have opened the season in Melbourne, moved back to November. The Bahrain Grand Prix will open the 2021 season on 28 March.

Melbourne was set to host the season’s opening race on 21 March, but with Australia requiring 14 days of quarantine first, coupled with China’s policy of a 14-day quarantine, the scheduled calendar just wasn’t feasible.

“This is the right decision and we thank F1 management for their cooperation in setting a new schedule for the 2021 season,” Victorian major events minister Martin Pakula said. “The Australian Grand Prix is one of the great events in the world and we’ll make sure it can be run safely and successfully in November.”

The Chinese Grand Prix, which was due to be held after Australia, has also been postponed, although no new fixed date has been set. In 2020, F1 managed to run 17 Grands Prix in a relatively secure bio-bubble and the experiences of last season have helped prepare for 2021.

“It has been a busy start to the year at Formula 1 and we are pleased to confirm that the number of races planned for the season remains unchanged,” said Stefano Domenicali, president and CEO of F1.

“The pandemic has not yet allowed life to return to normal, but we showed in 2020 that we can race safely as the first international sport to return and we have the experience and plans in place to deliver on our season.

“It is great news that we have already been able to agree a rescheduled date for the Australian Grand Prix in November and are continuing to work with our Chinese colleagues to find a solution to race there in 2021 if something changes.

“We are very excited to announce that [the Imola Circuit] will return for the 2021 season and know our fans will be looking forward to the return of Formula 1 after the winter break and our revised season opener in Bahrain. Obviously, the virus situation remains fluid, but we have the experience from last season with all our partners and promoters to adapt accordingly and safely in 2021.”

The Champions Cup, rugby’s equivalent of the Champions League, has been temporarily suspended after French clubs had to cease playing under direction from the government.

It has forced organisers to abandon the second stage of group games and head straight to knockouts, although the details are still to be sorted out.

The IHF World Men’s Handball Championship has been hit by the forced withdrawals of two teams on the eve of the tournament after the US and Czech Republic pulled out of the event in Egypt.

Both teams reported coronavirus outbreaks in their camps before flying to Egypt. The Americans reported 18 positive tests among players and staff, including at least half the playing squad and head coach Robert Hedin.

The US team tested players on Monday and again on Tuesday, with no improvement in the situation. They were due to play in their first World Championships in two decades after having been awarded a spot in Egypt by virtue of the North American qualifiers being cancelled.